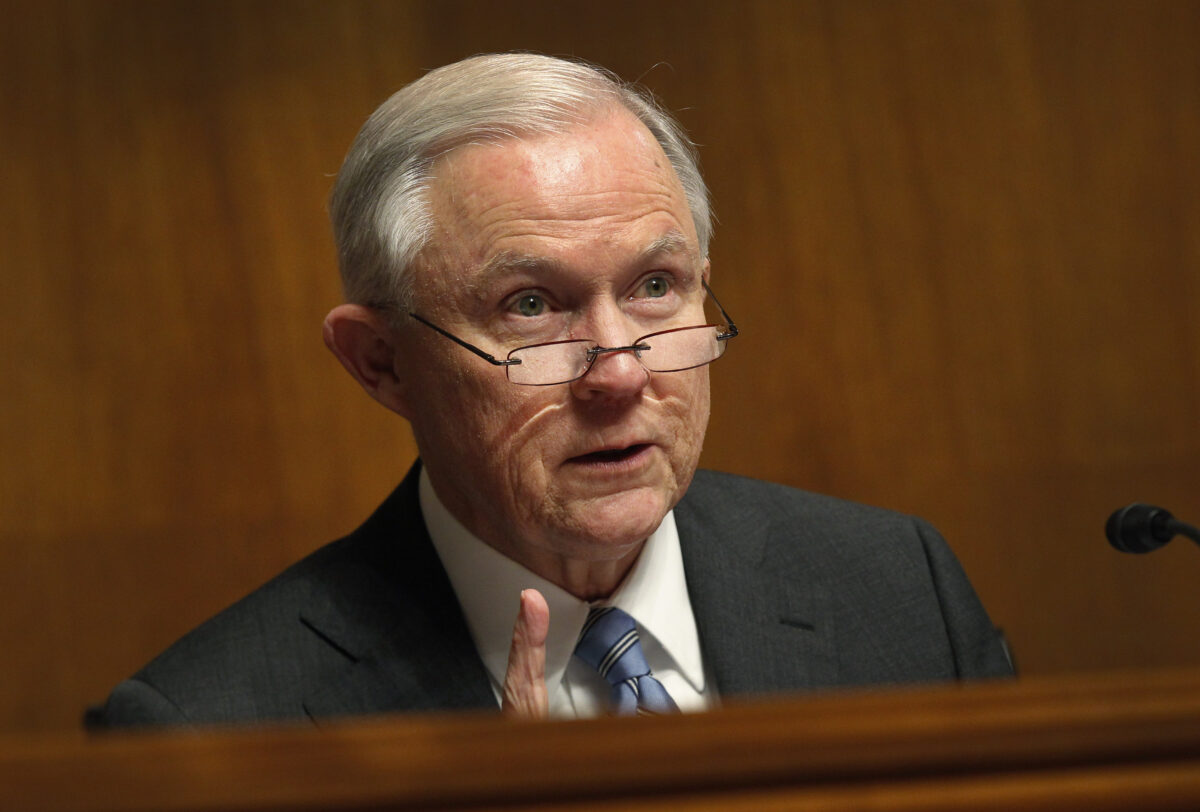 Sen. Jeff Sessions (R-AL) speaks to a panel of Department of Homeland Security officials in Washington in 2016.

In the Alabama primary runoff, former U.S. Attorney General Jeff Sessions is competing to win back his old Senate seat in a heated matchup that pits the 73-year-old politician against Tommy Tuberville, 65, a well-known former Auburn University football coach who has the backing of President Donald Trump. According to the latest polling, Sessions, at 31%, trails Tuberville by 16 points among Republican voters.

Experts predict that the embattled former senator will lose today’s runoff, which would be an ignominious defeat for a man who is generally regarded as the godfather of Trump’s populist policies and was the first senator to endorse the president during his 2016 campaign.

A Sessions loss would also be a “stunning reversal of fortune for somebody who’s had a pretty tight grip on state politics for a quarter of a century or so,” said David Hughes, a political scientist at Auburn University at Montgomery, who oversaw the poll.

Sessions has only raised about $2.2 million — a little more than half of Tuberville’s $4 million,  according to the Federal Election Commission. And Sessions has struggled to regain his standing in the GOP since — during his tenure as attorney general — he recused himself from participating in the Justice Department’s investigation into Russian interference in the 2016 election, earning him the persistent fury of the president.

Sessions resigned from his position in November 2018, one year before he announced his Senate bid. But he returned to Alabama in a neutered state. Tuberville has earned Trump’s full-throated endorsement, though that is likely due to the president’s disdain for Sessions rather than his devotion to Tuberville. “Big Senate Race in Alabama on Tuesday. Vote for @TTuberville, he is a winner who will never let you down,” Trump tweeted on Saturday. “Jeff Sessions is a disaster who has let us all down. We don’t want him back in Washington!”

Trump has a somewhat spotty history when it comes to making endorsements in Alabama races. He backed Luther Strange to replace Sessions in 2017, but Strange lost to Roy Moore, a former chief justice of the Supreme Court of Alabama, in the Republican Senate primary runoff. Trump then endorsed Moore, who narrowly lost to now-Sen. Doug Jones (D-AL) after Moore became embroiled in a sexual assault scandal.

Still, observers say that Moore’s defeat was an anomaly, and that Trump’s support still counts in deep-red Alabama. Though Tuberville has at least one scandal of his own to contend with — owing to his short run atop a hedge fund — voters are unlikely to care, according to Paul Harris, chair of the department of political science at Auburn University, who has interacted with Tuberville.

“I’ve seen Tommy Tuberville work rooms,” Harris said, adding that the Senate candidate — a political neophyte who has never held elective office — is a skilled communicator with a “down-to-earth” appeal.

Tuberville’s campaign, which has been notoriously press-shy, declined to speak with Jewish Insider before the runoff. But a spokesman provided JI with Tuberville’s position paper on Israel and the Middle East.

In it, Tuberville presents himself as an unequivocal supporter of Trump’s foreign policy approach. “Unlike President Obama, President Trump has done an incredible job projecting strength in American foreign policy,” Tuberville writes, “and he continues this streak when he declared that the U.S. would recognize Jerusalem as the rightful capital of Israel.”

Tuberville goes on to express his opposition to the Boycott, Divestment and Sanctions movement, known as BDS. The United States, he writes, “must enforce and build on previous policies to defend Israel and oppose BDS efforts targeting Israel, including utilizing existing and future trade agreements to sustain and enhance a global environment that encourages partnerships and economic development initiatives with Israel.”

The ex-coach also notes that he will advocate for a two-state solution to the Israeli-Palestinian conflict if he is elected to the Senate.

“I am again encouraged by the Trump administration’s attempts thus far to craft a framework for moving forward with such talks,” Tuberville writes. “And I believe the United States should use its diplomatic powers as widely as it can to bring both sides to the table and facilitate an agreement — however, we must understand that this is a complicated conflict thousands of years old.”

Sessions’s campaign did not respond to a request for comment.

The former senator and attorney general has tried to defend himself against some of Trump’s attacks on Twitter, but such efforts appear to have proven ineffectual in swaying voters.

Should Sessions be defeated, observers say that he will have some options, though they are few and far between. He could, for instance, run for governor when Kay Ivey’s term expires in two years. He could become the president of a university, perhaps his alma mater, Huntingdon College, in Montgomery. He is unlikely to make another bid for the Senate, given his age, and it would be something of a demotion to run for a House seat.

More likely, it seems, is that his run in politics would be over.

“If Sessions loses the Senate race,” said Bill Stewart, professor emeritus in the department of political science at the University of Alabama, “I would expect that to be the end of his political career.”