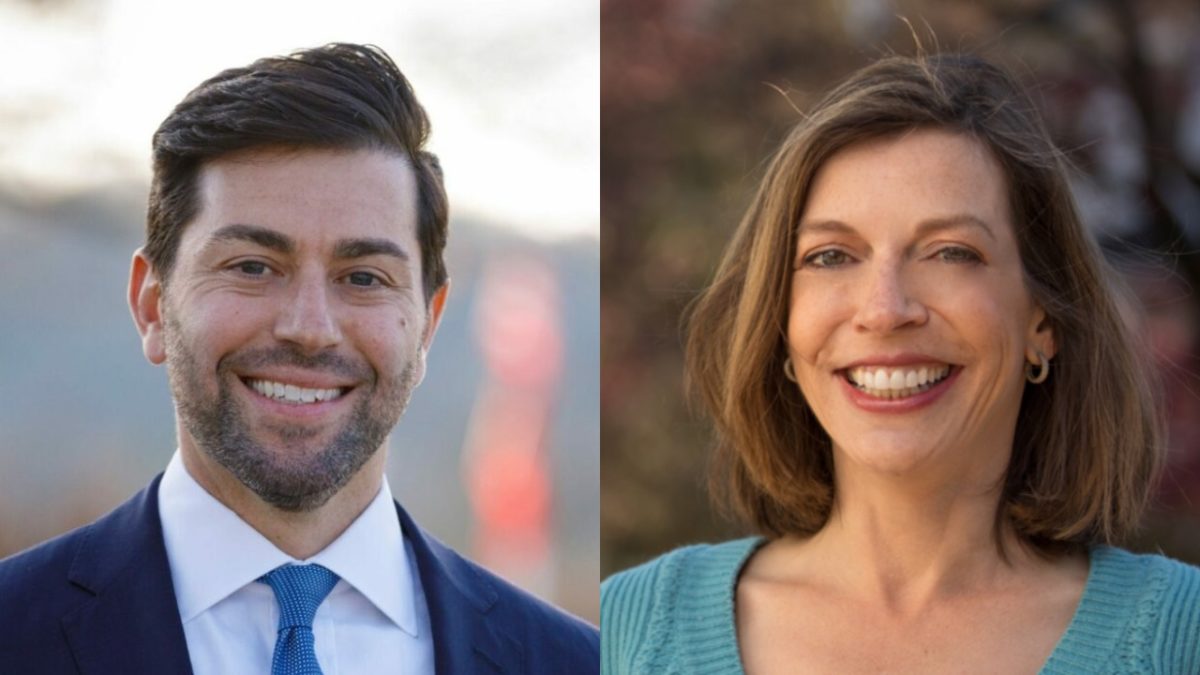 Two of the top candidates vying to succeed Rep. Nita Lowey are sparring over a recent mailer days before Democrats in New York’s 17th district head to the polls on June 23.

On Friday, the campaigns of Adam Schleifer and Evelyn Farkas traded barbs over the content of a mailer that accused Schleifer of using his family’s resources to buy an election.

“Adam Schleifer is trying to buy this election,” the campaign mailer — sponsored by Women Vote, a PAC affiliated with EMILY’s List that supports Farkas — reads over a picture of a person stuffing a bundle of American dollars in the inner pocket of another person’s jacket.

Schleifer, a former Los Angeles federal prosecutor, is the son of Leonard Schleifer, the billionaire founder and CEO of Regeneron Pharmaceuticals, a New York-based biotechnology company. His mother, Harriet Schleifer, is national president of the American Jewish Committee.

Farkas is the former deputy assistant secretary of defense for Russia, Ukraine and Eurasia under President Barack Obama. Recent polling has shown Schleifer and Farkas to be two of the top candidates in the seven-person primary race to succeed longtime Rep. Nita Lowey (D-NY) in the deep-blue district.

“The mailer sent to voters in Rockland and Westchester plays dangerously close to stereotypes about Jews,” Ilana Maier, Schleifer’s campaign manager told JI on Friday. “The attack mail looks eerily familiar to the Republican attacks on George Soros, which is not something anyone would expect to see in a Democratic primary.”

“As Democrats we shouldn’t tolerate it,” Maier added.

The mailer suggests that Schleifer, who is self-funding his campaign, is “in the pocket of drug companies,” and accuses the candidate of “using his money to buy this election.”

Lea Wolinetz, a resident of Rockland County who is a Schleifer supporter, told JI she was “very angry” when she received the mailer. “Putting a face on him as a wealthy Jewish person that could buy power and influence is the wrong thing to do and is unacceptable behavior,” Wolinetz said. She noted that her parents, who were Holocaust survivors, were from the same Polish town as Schleifer’s grandfather, Rubin Partel. Wolinetz is executive director of the World Society of Czestochowa Jews and their Descendants. “It deserves an explanation and an apology to everybody from the people who did that.”

Wellesley Daniels, a spokesperson for the Farkas campaign, fired back at Schleifer in a statement to JI. “First, he called Evelyn a snake. Now, he’s insinuating she’s an antisemite,” Daniels said. “We’re looking forward to voters rejecting these disgusting charges and rejecting Adam’s attempt to use his pharmaceutical inheritance to buy this election.”