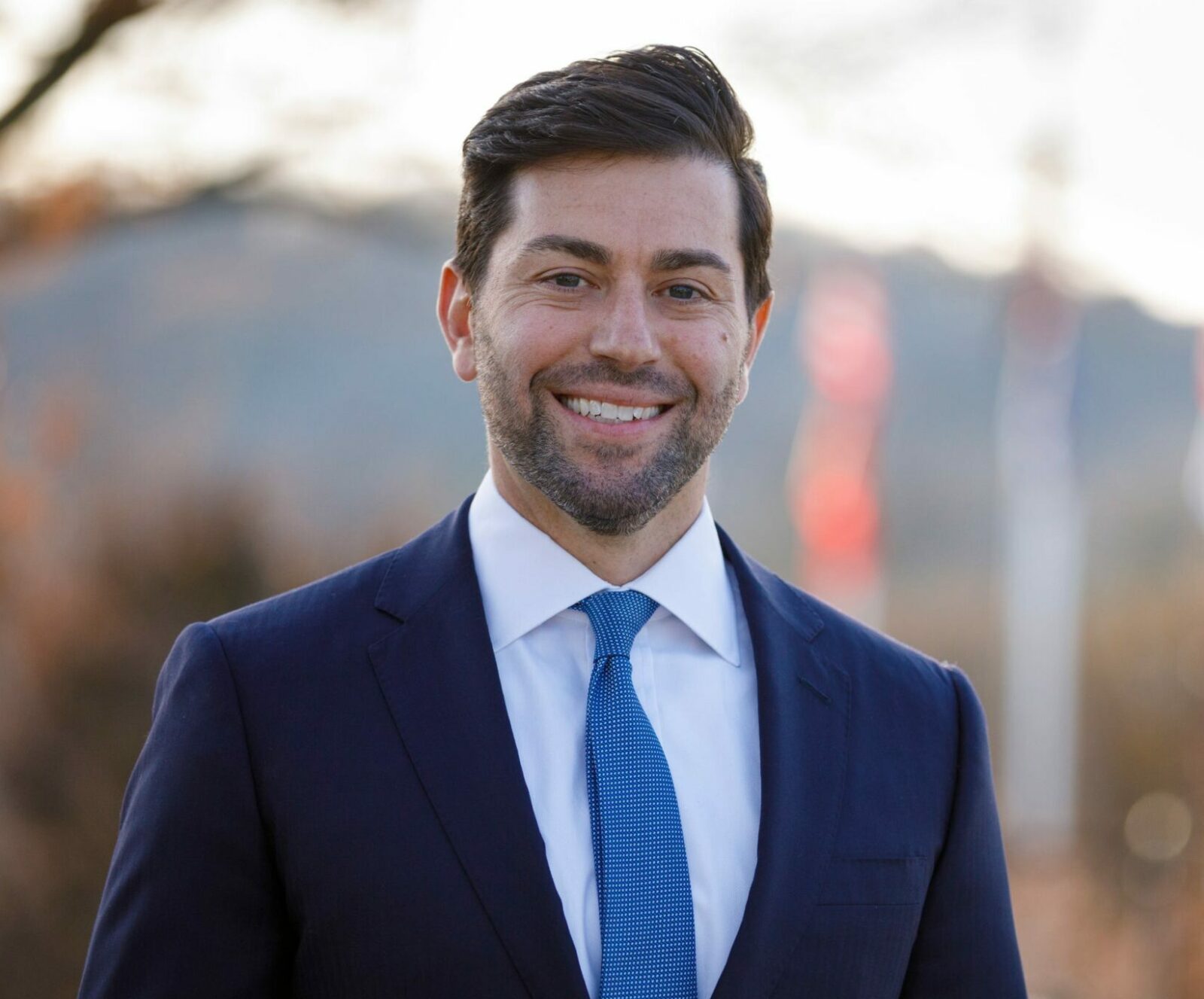 Not quite Adam Schiff yet: The former LA federal prosecutor vying for Nita Lowey’s seat

Since he decided to give up his role as a federal prosecutor in the U.S. Attorney’s Office in Los Angeles, Adam Schleifer has been mistakenly identified on the street as Rep. Adam Schiff (D-CA), chairman of the House Intelligence Committee who led the impeachment process against President Donald Trump. In an interview with Jewish Insider, Schleifer explained the two share more than a similar name. Schiff and Schleifer both worked in the same major fraud section of the Los Angeles prosecutor’s office. “I will take it anytime because I am very proud of Adam Schiff and the work he has done,” he said. “The more people want to associate me with him, the prouder I will be.”

Crowded field: Schleifer, 38, is one of 14 Democrats in New York’s 17th congressional district seeking to succeed longtime Rep. Nita Lowey (D-NY), who announced in October that she would not be seeking re-election. Among the candidates running in the June 23 primary are former Defense Department official Evelyn Farkas, former NARAL chairwoman Allison Fine, New York State Assemblyman David Buchwald, New York State Senator David Carlucci, Westchester County Board of Legislators member Catherine Parker, and Mondaire Jones, an attorney who served in the Justice Department. Schleifer had the most cash-on-hand of all the candidates ($741,386), according to the latest FEC filing.

Bio: Schleifer clerked for federal judges in New York and California after graduating from Columbia Law School and before joining the law firm Wachtell, Lipton, Rosen & Katz as an associate focused on commercial litigation. After  joining New York’s Department of Financial Services as a consumer protection and banking regulator in 2013, Schleifer served as an assistant U.S. attorney in Los Angeles from 2016 until 2019 where he specialized in major fraud, drug cartel and gun crime cases. One of his more notable cases was the investigation of Motti and Sassi Mizrahi, brothers who were charged with wire fraud for scamming members of their San Fernando Valley synagogue.

Day of reckoning: Schleifer told JI he decided to run for office the day after Yom Kippur, after hearing a sermon about ‘cancel culture’ and the divisions in our public discourse. “That sermon inspired me. I went up to the rabbi afterwards to say it was such an inspiring sermon, but by the time I finished saying that and said that we have to do something about it, he turned to the next person to shake his hand,” Schleifer recounted. “I don’t think he heard me, but I heard [myself]. The next morning I learned that Nita Lowey announced she would not seek re-election. For me it was sort of a ‘bashert’ moment. I felt maybe the universe was speaking to me.”

Day One Readiness: Schleifer believes his background in law and work in the private sector have taught him a set of skills to be an effective legislator. “Having state and federal experience and not being a lifetime politician, and based on the fact that I have devoted my public service to improving the community’s safety and working with both sides of the aisle, I think [I have] the right mix for the job.” Schleifer added that having a sibling with special needs and growing up in the presence of Holocaust survivors allowed him to understand the need to “[give] everyone a fair opportunity to pursue the American dream.”

Big shoes: Schleifer said he’s committed to continuing Lowey’s legacy of constituent services and empathy towards the people in her district, noting that her successor will have “tremendous shoes” to fill. He also highlighted Lowey’s bipartisan approach to legislation providing tax relief to homeowners in the district. “And she’s been a strong advocate for the Jewish community and for Israel, and that is central to who I am as a person and it’s very important to my identity and something that I plan to be focused on as a representative,” he added.

Family ties: Schleifer is the son of Harriet Schleifer, national president of the American Jewish Committee. His father, Leonard, is the billionaire founder and CEO of Regeneron Pharmaceuticals, a biotechnology company.

Frequent flyer: Schleifer noted that he “probably lived in Israel for a total of three months of my life” over multiple trips to the Jewish state. “I spent 6-8 weeks at an ulpan trying to learn Hebrew,” he said of his early 20s, but added that over the last 12 years he had largely forgotten what he had learned there.

Fun fact: In 2011, Schleifer was on the U.S. men’s national Maccabi team for fastpitch softball and travelled to Brazil to compete in that year’s Maccabi games, where he won a gold medal. Schleifer is still associated with the Maccabi program and plays from time to time in different tournaments.

U.S.-Israel relationship: Placing blame on both major U.S. political parties, Schleifer decried how the U.S.-Israel alliance “has been politicized in a dangerous way” in recent years. ‘I certainly think [President] Donald Trump has a big piece of that,” he said. “I think his style is concerning and dangerous. He tries to press any strategic and international relationship into a personal partisan, divisive issue at home.” But Schleifer also noted that some within his party have been “demonizing particular politicians who serve in temporary roles as heads of state,” a reference to recent criticism of Israeli Prime Minister Benjamin Netanyahu.

Ultimate deal: Schleifer says he wants to see a durable two-state solution in the long term, but that Trump’s “heavy-handed, unilateralist style” is unlikely to get to that. “I am not hopeful that Donald Trump or Jared Kushner are going to deliver anything that resembles a legitimate option of durable peace, in part because of their styles, but also because they haven’t really engaged all the partners in the right way,” he said.

Checks and balances: Schleifer suggested that the executive branch has too much power over foreign policy decisions that go beyond declaring war and issuing treaties — “We need to get back to giving Congress its due role in the constitutional structure” on foreign policy matters. With regard to conditioning military aid to Israel, Schleifer said it needs to be viewed as a bilateral benefit to both countries, “not as a carrot and stick to move a particular administration in Israel.”

Combating antisemitism: “Whether there is a far-left extremist in Paris or a far-right neo-Nazi in Germany, the one thing the two can agree on is that they hate Jews. That was troubling enough when it wasn’t on our doorsteps. But in Brooklyn, in Rockland, we see this now in our homes. If you are visibly Jewish in New York in 2020, you are a target. And there is nothing more important to me than using my experience as a prosecutor, my understanding of federal law to protect people from these kinds of hate crimes. I think I have the right skillset and background to actually speak to this exact issue at this exact time in this exact place.”

Favorite bagel? Schleifer is quick to answer “a pumpernickel or sesame bagel with lox from Mt. Kisco Smokehouse,” owned by two Latino brothers in his Westchester County. Schleifer boasted that the “best lox in the world” comes from his district. “It is so good that my in-laws from New Orleans ask us often to schlep it down with us when we travel down there,” he added.