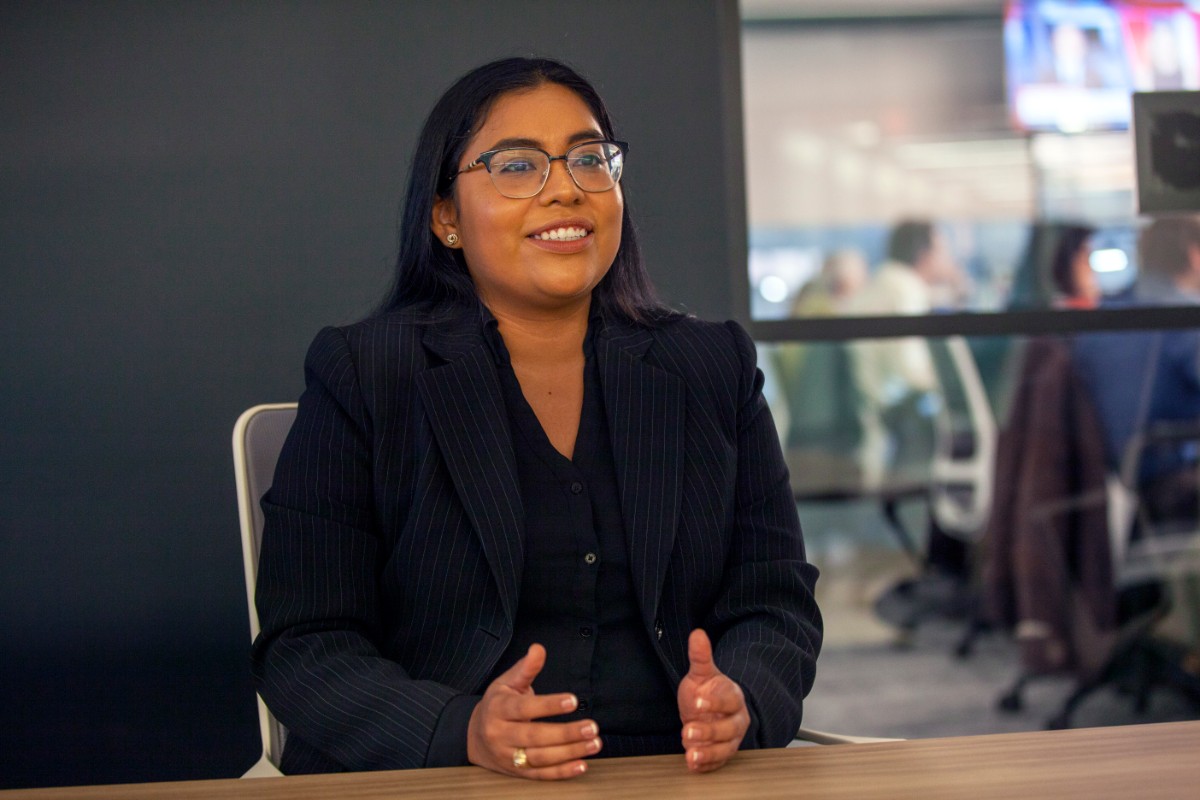 The divide between House Speaker Nancy Pelosi and first-term Rep. Alexandria Ocasio-Cortez (D-NY) has appeared in a hotly contested congressional race in Texas.

Details: Jessica Cisneros, an immigration attorney, is challenging seven-term incumbent Rep. Henry Cuellar in the March 3rd Democratic primary in Texas’s 28th congressional district. The winner of the primary will likely win the general election in the solidly blue district. Cuellar describes himself as a moderate Democrat, while Cisneros, an immigration and human rights attorney, supports progressive causes including the Green New Deal and Medicare for All.

Wind at her back: Cisneros, 26, has raised $1.3 million since she announced her candidacy in June 2019 and is backed by Ocasio-Cortez, Rep. Ayanna Pressley (D-MA), the Justice Democrats, former HUD Secretary Julian Castro, as well as Senators Bernie Sanders (I-VT) and Elizabeth Warren (D-MA). With Sanders leading the 2020 presidential pack, Cisneros could get an additional boost at the polls.

Establishment support: Pelosi, joined by longtime New York congresswoman Nita Lowey, campaigned over the weekend for Cuellar, who also has the support of the Democratic Congressional Campaign Committee (DCCC) and has outraised his opponent by $400,000. “We want this to be not only a victory, but a resounding victory for Henry Cuellar,” Pelosi said at one event. Cuellar is also the first House Democrat to receive a $34,000 contribution from the Charles Koch-funded Super PAC Americans for Prosperity Action.

AIPAC vs. J Street: Cuellar is a familiar face at AIPAC events and has travelled to Israel on congressional trips sponsored by AIPAC’s affiliate,  the American Israel Education Foundation, as recently as last summer. Cuellar co-sponsored last year’s bipartisan anti-BDS resolution (H.R. 246), and voted in favor of a resolution reaffirming U.S. support for the two-state solution. Cisneros has received support from J Street PAC, which has so far bundled $35,000 for her campaign.

Campaigning for Cuellar: Jeff Mendelsohn, executive director of Pro Israel America and a former AIPAC official, included Cuellar among the 36 House and Senate candidates his group endorsed this election cycle. The PAC donated $5,000 to Cuellar’s campaign and bundled an unspecified amount of individual contributions. In an interview with Jewish Insider, Mendelsohn pointed to Cuellar’s “strong record in support of the U.S.-Israel relationship in contrast to his opponent who doesn’t have a record on this issue.” Mendelsohn also noted that Justice Democrats, who call for cutting aid to Israel and liken Israel to human rights violators, endorsed Cisneros. “It’s a very stark contrast,” Mendelsohn said.

Case for Cisneros: Ben Shnider, vice president of political affairs at J Street, tells JI that Cisneros is one of two dozen candidates who are ranked as top priorities for the group, which has endorsed candidates in 135 congressional races. “Cisneros, in talking to her and getting to know her, embodies the next generation of pro-Israel, pro-peace leaders in this country,” Shnider explained. “She understands, as a civil rights attorney, that the future of Israelis and Palestinians is intertwined.”

According to J Street’s Shnider, Cisneros’s support of “a two states outcome” is “just the sort of balanced perspective we want to see in Congress.” Cuellar is “more reflective of an old playbook on Israel, regardless of who’s in power in Israel and regardless of how far right the government is,” he added.

Responding to J Street: Colin Strother, a spokesperson for Cuellar, tells JI that their campaign was “kind of surprised” that J Street chose to back the challenger in this race since Cuellar “has an open-door policy.” Strother added, “Any friend of Israel is a friend of Henry Cuellar. And as a member of the House Appropriations Committee, including the subcommittee for defense and military, he has an open door for folks to come in and visit and talk about the needs that they have.” Support for Israel, Strother stressed, “isn’t a theory for the congressman like it is for our opponent, who has zero background in these issues.”