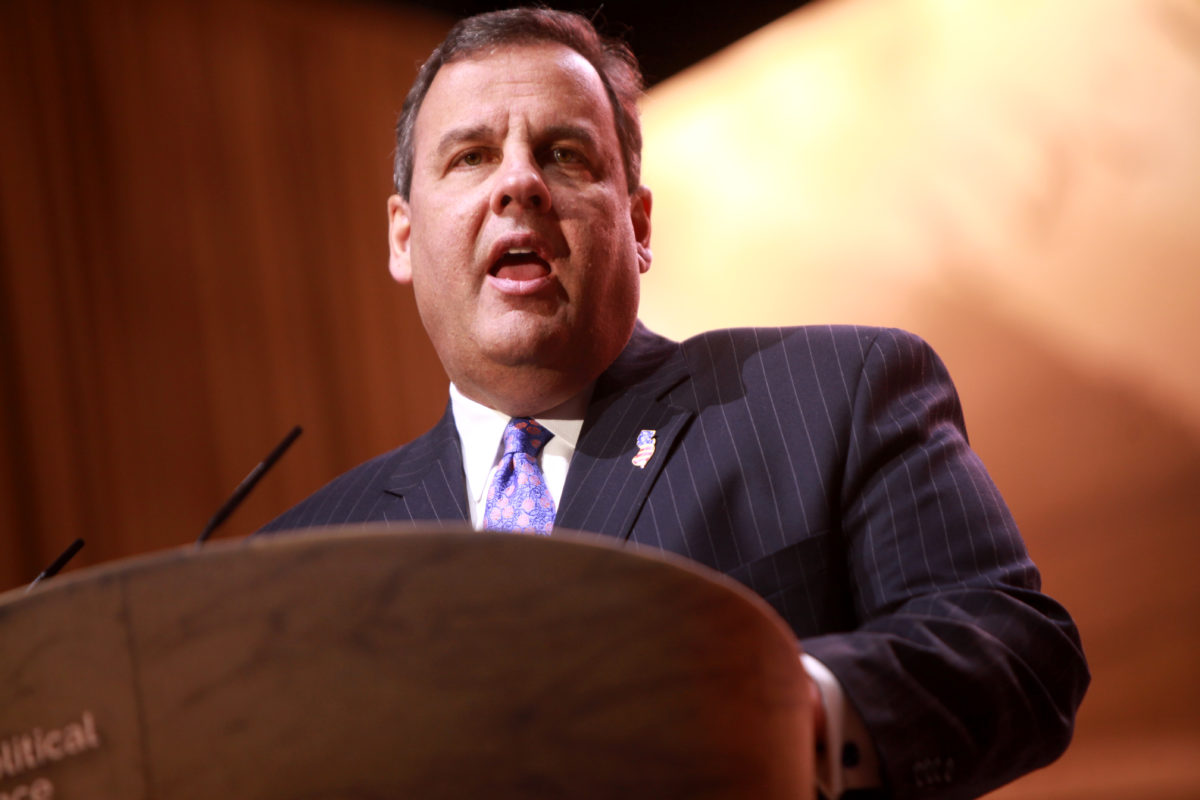 Before a packed ballroom at the Hotel Jerome in downtown Aspen on Monday evening, former New Jersey Governor Chris Christie and The Atlantic’s Editor in Chief Jeffrey Goldberg entertained the crowd with their wit and barbs as they discussed Christie’s approach towards President Donald Trump.

Goldberg began the evening by telling Christie: Welcome to the people’s republic of Aspen. You’re going to have a great time. These people are so far to the left it’s almost right (laughter). We’ve known each other a while, we’ve done this before and it usually devolves into drive time sports talk radio with a lot of cursing and Springsteen references. So, let’s just with what do you see in Donald Trump that other people don’t see?

I was at a conference a few weeks in Long Island and David Stern, the former NBA Commissioner, stood up and said he was going to save my soul. [Stern] listed all these things he doesn’t like about Trump and ‘when are you finally going to stand up?’ he says. And I said, ‘I ran against him’ (laughter). The single greatest thing that you can do in a democracy to show that you are opposing something is to run and try to beat that person.

Goldberg: When you were Governor, a Muslim American was nominated for a judgeship …

Christie: I nominated him, he wasn’t just nominated (laughter). It doesn’t just happen, I did it.

Goldberg: You, great hero of the Muslims, Chris Christie, nominated him. (Laughter)

Christie: And you know what, it was the first Muslim American judge ever appointed in the state of New Jersey. Not Jon Corzine, that liberal hero. Or Jim McGreevey. They didn’t appoint a Muslim, I did.

Goldberg: And by the way, as they say in Mecca, Mazel Tov! (Laughter) And I’m giving you the credit.

Christie: You weren’t, I took it (laughter).

Goldberg: Donald Trump, during the campaign, attacks a Gold Star family, a Muslim American family, and raises all kinds of nefarious questions about this family whose son was a hero.

The full New Jersey story is that there was a lot of pushback, national pushback from various right wing groups that said this guy was a secret Muslim Brotherhood whatever, and you said leave him alone.

Christie: I’ll answer the second one first, I absolutely think that what he did with the Gold Star family was wrong and I told him that and I said it publicly. I was the one who was called in by his family when they couldn’t get him to stop talking about them and they said you’ve got to convince him to knock this off.

Goldberg: Wait, tell us that story.

Christie: So, incredibly, Jared Kushner, um, calls me and says, ‘listen, we need your help. He’s off the rails on this Khan stuff and I think he’ll listen to you.’ So I walk into [Trump’s] office and he said ‘what’s up?’ I said ‘we need to talk.’ He says, ‘about what?’ And I said, ‘let me sit down’ (laughter) and I said ‘I’m confused.’ Trump replies ‘what are you confused about?’ I say, ‘I thought we were running against Hillary Clinton.’ And he said, ‘we are.’ And I said, ‘no, no, no. I don’t know. We’re running against the Khans because all you’re doing is talking about the Khans and if we’re actually running against the Khans, I’m out, cause we’re going to lose and I have no interest helping you lose. You have to think differently about this.’ He says, ‘what do you mean? This guy said awful things about me.’ I said, ‘you’re right, he’s said a lot of awful things about you but here’s what you’ve got to remember. He did something that you and I pray everyday we never will have to do. He gave his son for this country and you and I are both fathers and we’d never want to lose one of our children, ever. And you know what that gives him permission to do? I said, ‘whatever the hell he wants’ and that’s it. After that conversation, you did not hear him talk about the Khans again.

Goldberg later added: I’m saying this very sincerely, I like many of the things you did in New Jersey…

Goldberg: I’m not going to go that far (laughter).

Christie: He does, it’s ok.

Goldberg: No, no, no. I don’t like you that much (laughter). I like you on a personal level because we like the same things. We’re bridge and tunnel guys and that’s the way it is.

Christie: That was a nice drive by (laughter).

Goldberg: You can take it (laughter).