‘I struggle to actually know what the assessment is with those negotiations,’ the freshman Republican said 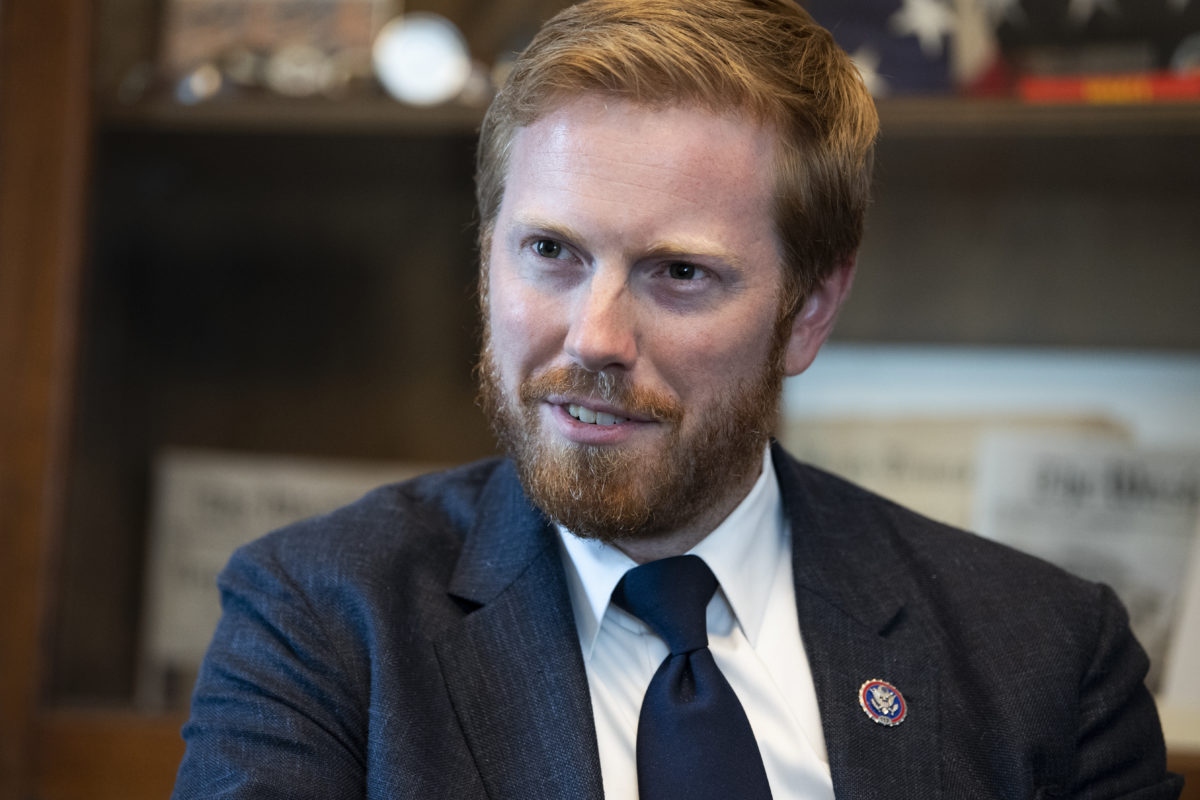 “I have put this to a number of folks that I can speak with candidly with the administration and just say, ‘What are you trying to do here, guys?’” Meijer said in a virtual interview with AIPAC. “As if there’s some miracle bank shot that will unleash Middle East peace but somehow the Iranians are the ones who can help us accomplish that? Like this is not — there’s no logic to this. There’s maybe a wish fulfillment on some level.”

Meijer, who sits on the House Foreign Affairs Committee, said that he has “yet to hear a good argument” from anyone with expertise in Middle East policy who thinks that “this is going to end well.”

“It’s far easier for me to criticize something where I’m like, ‘OK, I see where you got this wrong,’” he continued. “I struggle to actually know what the assessment is with those negotiations.”

The Biden administration and other proponents of the agreement have argued that a diplomatic agreement is the best way to prevent Iran from obtaining a nuclear weapon.

Meijer compared Iran’s regional ambitions to those of Russian President Vladimir Putin in Ukraine — ”Iran would much rather have states throughout the region in ashes or in turmoil rather than have them realize that there are strong benefits to their own peace, prosperity and stability to join with the United States, with Israel,” which Meijer argued cannot be changed through a diplomatic agreement with the regime.

The freshman Michigan congressman, who has been endorsed by AIPAC’s PAC and faces a primary challenger backed by former President Donald Trump, compared his experiences as a U.S. serviceman under “constant threat” from Iranian rockets in Iraq to those of Israeli citizens.

“Within Israel, life goes on,” he said, reflecting on a recent trip to the region with the AIPAC-affiliated American Israel Education Foundation. “You understand and adapt to those threats, but you also don’t let that define you… I walked away from our Israel trip just feeling an immense sense of pride and admiration.”

Meijer was optimistic about the future of the Middle East as a result of the Abraham Accords, arguing that Europe’s largely unified front in the face of Russia’s invasion of Ukraine “shows where the Middle East can go” in the wake of expanding normalization with Israel — with Israel leading the way.

“I’ve read between the lines of some conversations with newfound allies and there’s almost a sense of ‘How come it took us so long?’” he said. “To be able to build those additional ties — even if there are some differences in values today — those relationships have to start somewhere.”

Notable quotable: Meijer compared the centrist Problem Solvers Caucus, which admits members in bipartisan pairs, to Noah’s Ark: “It is equal numbers of Democrats and Republicans, come in two-by-two.” He added that the caucus serves as a “good therapy session” where members can compare and vent their frustrations with their own parties.