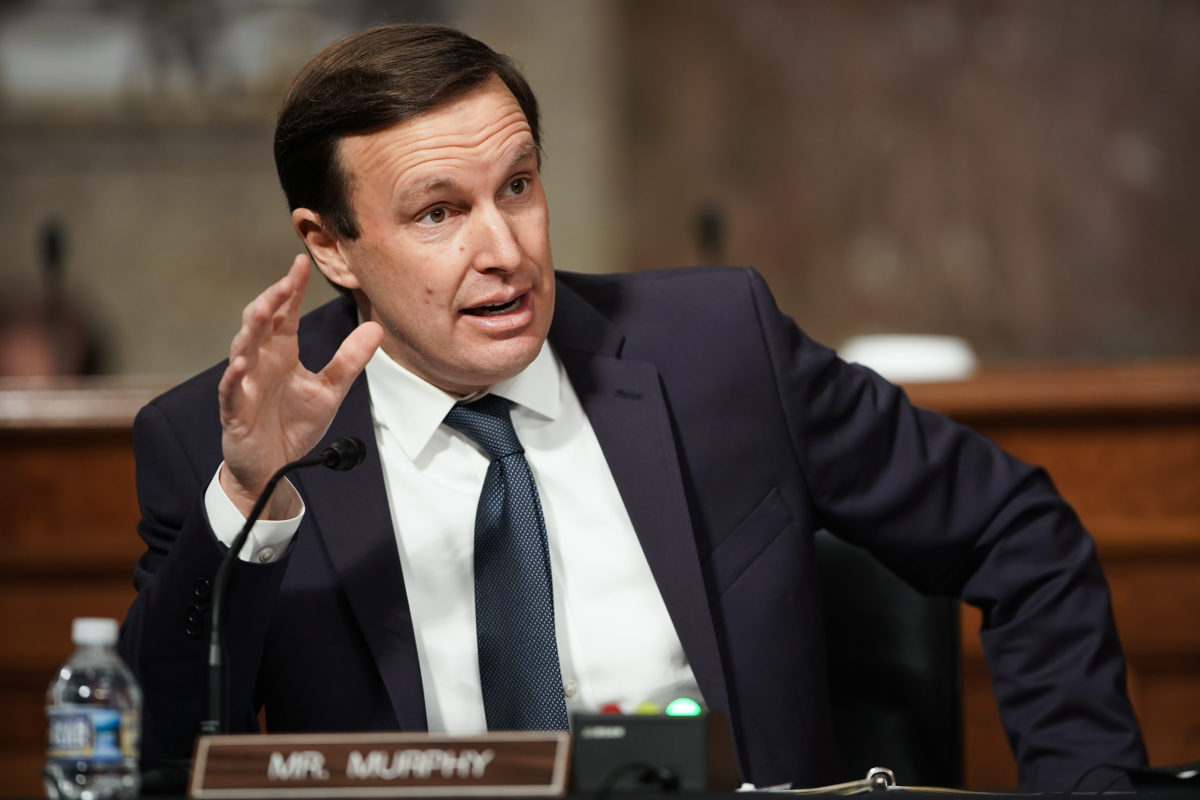 Sen. Chris Murphy (D-CT) speaks during the Senate Foreign Relations Committee hearing on the nomination of Linda Thomas-Greenfield to be the United States Ambassador to the United Nations, on Capitol Hill in Washington, DC, on January 27, 2021.

Following a classified briefing to the Senate Foreign Relations Committee on the state of nuclear talks with Iran on Tuesday, Sen. Chris Murphy (D-CT) indicated that major issues still remain unresolved between the U.S. and Iran before a deal is reached.

“The deal is not done. There are significant decisions that have to be made in both Washington, D.C., and Tehran” before a deal can be finalized, Murphy told reporters, adding, “There are still not-insignificant outstanding issues.”

Though Murphy did not elaborate on what those issues were or say how close the administration is to a deal — deferring to administration officials — his assessment differed from the message delivered by State Department spokesperson Ned Price earlier Tuesday. Speaking at a State Department press conference, Price told reporters that the onus is on Iran to take steps to reenter the 2015 deal.

Following the committee briefing, Sen. Ed Markey (D-MA) said the administration is “continuing to work very hard to resolve the obstacles and [reach] a final agreement,” but declined to elaborate further.

“Reports out of Vienna are unsettling at best, and I’m appalled at the concessions this administration is considering to placate the Iranian regime,” he said.

Risch raised concerns that the deal would provide $90 billion-$130 billion in sanctions relief, remove the Islamic Revolutionary Guard Corps from the Foreign Terrorist Organizations list, release sanctions against some of Iran’s worst terrorists and human rights abusers and benefit the Russian regime while it continues its invasion of Ukraine.

Murphy argued that delisting the IRGC would be a largely cosmetic change.

“As long as you’re keeping in place all of the other sanctions on the IRGC, I don’t understand why we would insist on keeping a designation in place that has no practical impact,” he said, arguing that the designation’s implementation in 2019 did not curtail Iran’s support for terrorism. “The IRGC is probably the most sanctioned organization on the planet. So this particular designation seems to have had zero impact, so I’m not sure why we would be hung up on maintaining it.”

Murphy, one of the deal’s most vocal proponents on the Hill, added, “We have no reason to believe that there’s a pathway other than diplomacy to extend their breakout time. That’s what we continue to be told in these briefings.”

Sen. Ben Cardin (D-MD), who opposed the deal in 2015, told Politico he wants to see the IRGC remain on the FTO list but would not draw “red lines.”

Sen. Rand Paul (R-KY), the only Senate Republican who did not sign a recent letter opposing the deal, as it is currently being characterized in news reports, broke further with his party, telling Politico “it was a mistake to leave the previous agreement because, by all accounts, we’re in a much more difficult position now than we were when we had the agreement.” The Trump administration withdrew from the deal in 2018.

Paul also argued that diplomacy is the only viable path to preventing Iran from obtaining a nuclear weapon.