Ten books to read in March 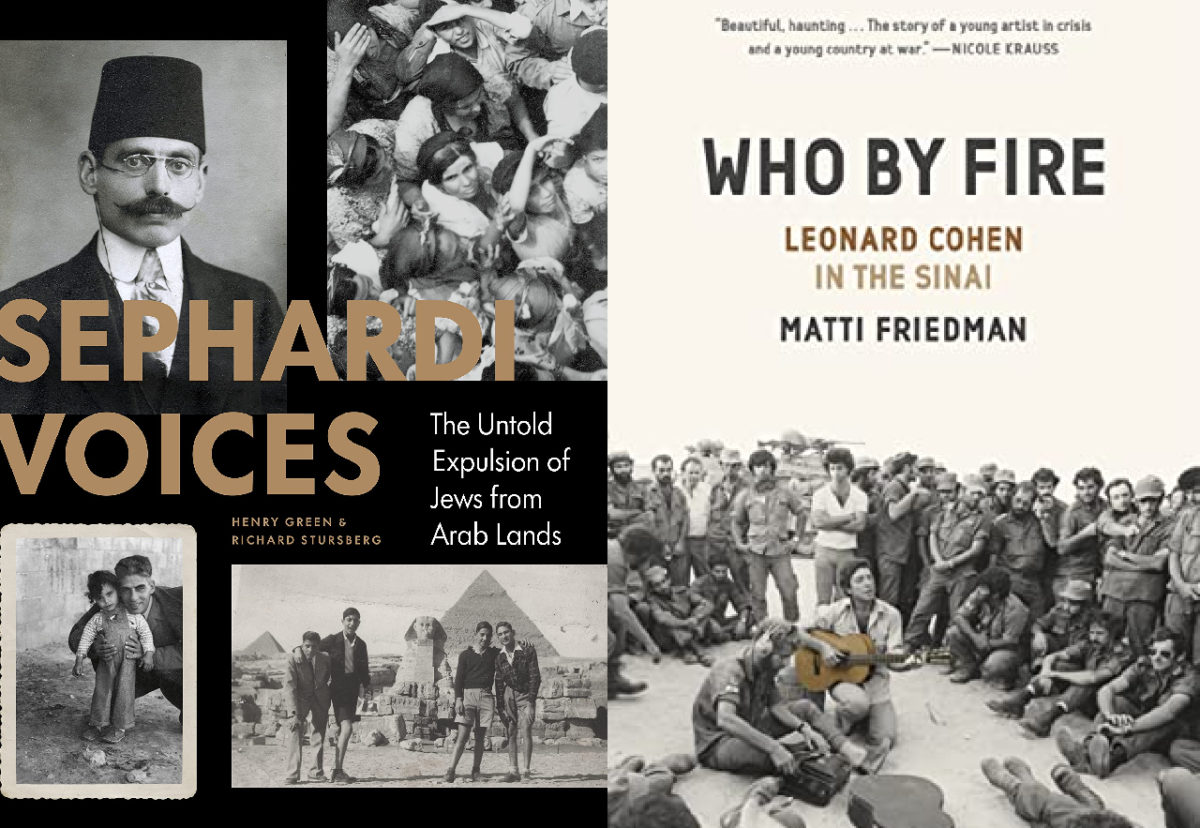 In this month’s installment of a series exploring new and upcoming books, the team at Jewish Insider previews top titles coming out in March:

Woman on Fire, by Lisa Barr (March 1): In her latest work of historical fiction, Barr dives into the world of Nazi art theft, telling the story through the eyes of an intrepid young journalist tasked with tracking down a piece of art that was looted by the Nazis during the Holocaust. Her efforts to find the artwork take her from Chicago to Europe, where she encounters the heir to a family of art collectors, who is also bent on acquiring the “Woman on Fire.”

I Was Better Last Night: A Memoir, by Harvey Fierstein (March 1): The Tony Award-winner’s memoir chronicles Fierstein’s childhood in Brooklyn through his attempts to break into show business before hitting it big with “Torch Song Trilogy” and “La Cage aux Folles” in the early 1980s, and his subsequent success on Broadway some two decades later with “Hairspray” and “Kinky Boots.”

Ida Rubinstein: Revolutionary Dancer, Actress, and Impresario, by Judith Chazin-Bennahum (March 1): Dance historian Chazin-Bennahum looks at the life of the Russian-born Rubinstein, an actress, dancer and producer born to immense wealth and orphaned at age 8, who went on to be a storied financier — and occasional performer — of plays and ballets across Europe in the years after WWI.

Hollywood and Israel: A History, by Tony Shaw and Giora Goodman (March 8): Shaw and Goodman take an academic approach to Tinseltown’s decades-long relationship with Israel, highlighting the ties between Hollywood’s biggest names — such as Steven Spielberg, Haim Saban and Barbra Streisand — and the Jewish state.

The Corset Maker, by Annette Libeskind Berkovits (March 8): The nonfiction writer and poet takes on her first work of fiction in this story about Rivka, a young Orthodox woman in Poland who does what she must to survive the Holocaust and subsequent years throughout Europe and the Middle East. The book, inspired by Libeskind Berkovits’ mother’s own wartime experiences, takes readers on a journey through some of the greatest conflicts of the mid-20th century.

Searching for Peace: A Memoir of Israel, by Ehud Olmert (March 15): Israel’s 12th prime minister wrote his memoir almost entirely from his prison cell, where he served 16 months of a 27-month sentence after being convicted of bribery. The son of Irgun members, Olmert takes readers inside his political ascent, from Knesset member to mayor of Jerusalem to acting prime minister, eventually taking the nation’s highest office following the incapacitation of Prime Minister Ariel Sharon, where he engaged in talks with top Palestinian officials in the failed hope of ending the Israeli-Palestinian conflict.

The Newspaper Axis: Six Press Barons Who Enabled Hitler, by Kathryn Olmsted (March 22): Olmsted, a professor of history at the University of California, Davis, looks at how the biggest names in mid-century media in the U.S. and U.K. collaborated on news coverage and editorial positions in the lead-up to WWII.

Sephardi Voices: The Untold Expulsion of Jews from Arab Lands, by Henry Green and Richard Stursberg (March 22): Using a combination of photographs and first-hand testimony, Green and Stursberg piece together the stories of broken Jewish communities throughout the Middle East and North Africa, where families were forced from their homes and countries by a wave of pogroms that followed the creation of the State of Israel.

Who By Fire: Leonard Cohen in the Sinai, by Matti Friedman (March 29): Friedman, whose recent writings have shined a light on nearly forgotten moments in modern Israeli history, used a combination of interviews, journals and photographs to piece together the Canadian singer-songwriter’s tour through the Sinai with a group of musicians tasked with raising the morale of soldiers on the front lines of the Yom Kippur War.

The Murders of Moisés Ville: The Rise and Fall of the Jerusalem of South America, by Javier Sinay (March 29): After finding articles about the Jewish agricultural enclave of Moisés Ville written by his grandfather, Buenos Aires-based journalist Sinay explores a series of 22 murders — largely resulting from robberies — that occurred in the northern Argentinian community in the years after its founding in the late-19th century.