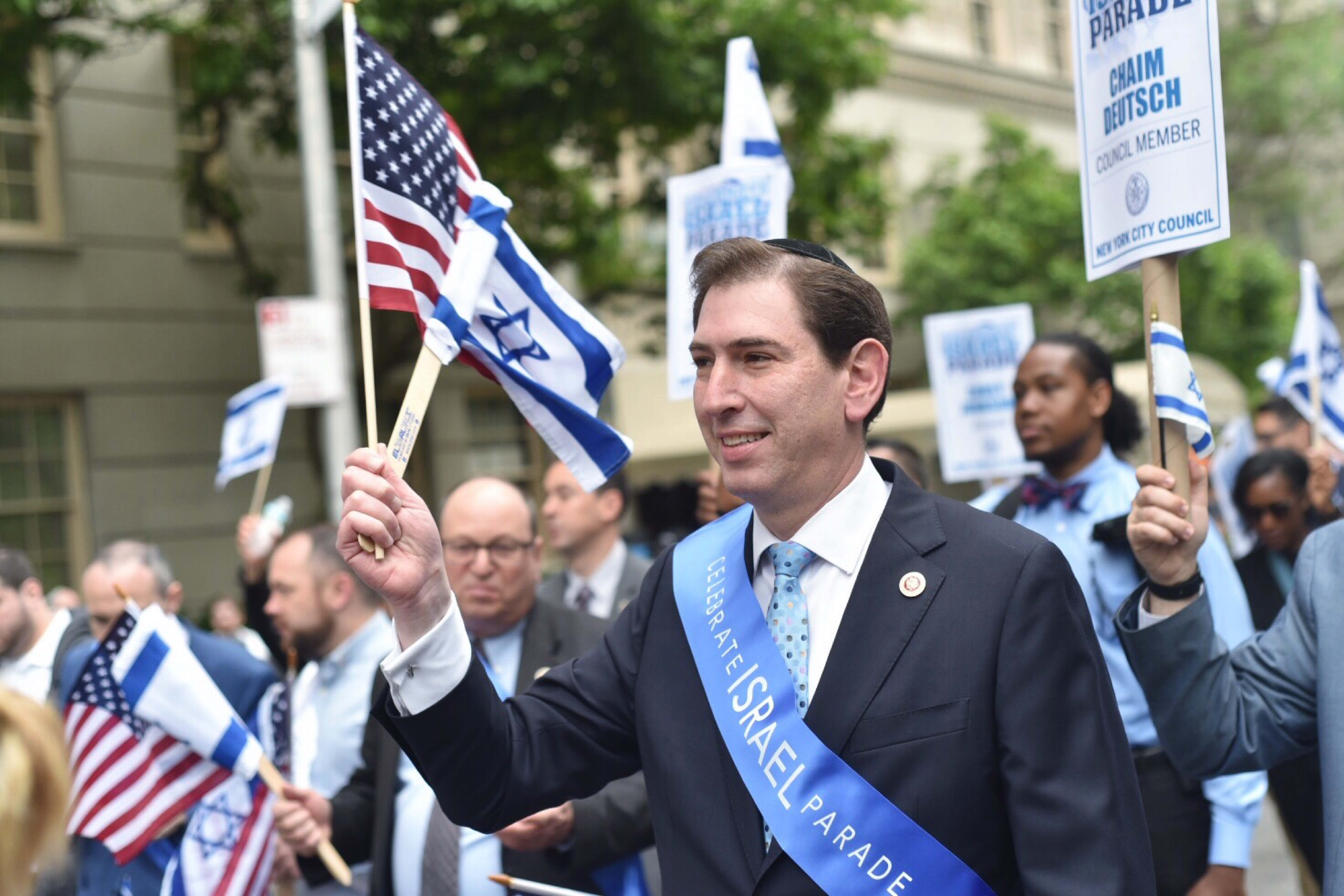 A number of prominent members of the New York City Council and candidates for the 2021 Council election denounced a questionnaire on Friday that was circulated by the Democratic Socialists of America (DSA) asking local candidates seeking their support to agree not to visit Israel if elected.

“This is rank antisemitism, and has no place in our city, which has the largest Jewish population in the world outside of Israel,” members of the New York City Council’s Jewish Caucus said in a statement on Friday. “It exceeds even the demands of the notorious Boycott, Divestment, and Sanctions (BDS) movement against the Jewish people, which every mainstream Jewish organization in the United States has appropriately labeled antisemitic.”

Joining the public condemnation of the DSA were City Comptroller Scott Stringer and Brooklyn Borough President Eric Adams, who are considered leading contenders for next year’s Democratic mayoral primary.

The ten Council members who signed onto the statement — spearheaded by Councilmember and Jewish Caucus chair Chaim Deutsch (D-Brooklyn) — called on all candidates for public office not to seek the support of organizations “that etch into its platform such blatant antisemitism as a pledge not to visit the Jewish state.”

Councilmember Brad Lander (D-Brooklyn), who is running for city comptroller, told Jewish Insider that he will continue traveling to Israel notwithstanding his views on the Israeli-Palestinian conflict. Lander said each time he took a trip to Israel he met with both Israelis and Palestinians. “I have seen so much rich history and diverse culture that I loved, and also traveled to the West Bank to get a glimpse of the horrors of life under occupation and the struggle against it,” Lander said. “If DSA wants to know what candidates will do to end the occupation and support the human rights and self-determination of Palestinians, that’s what they should ask.”

Council Speaker Corey Johnson, who is also considered a likely 2021 mayoral candidate, did not immediately respond to request for comment.