Current chair Arthur Stark will remain in his role until April 2021, when Lob is slated to take over 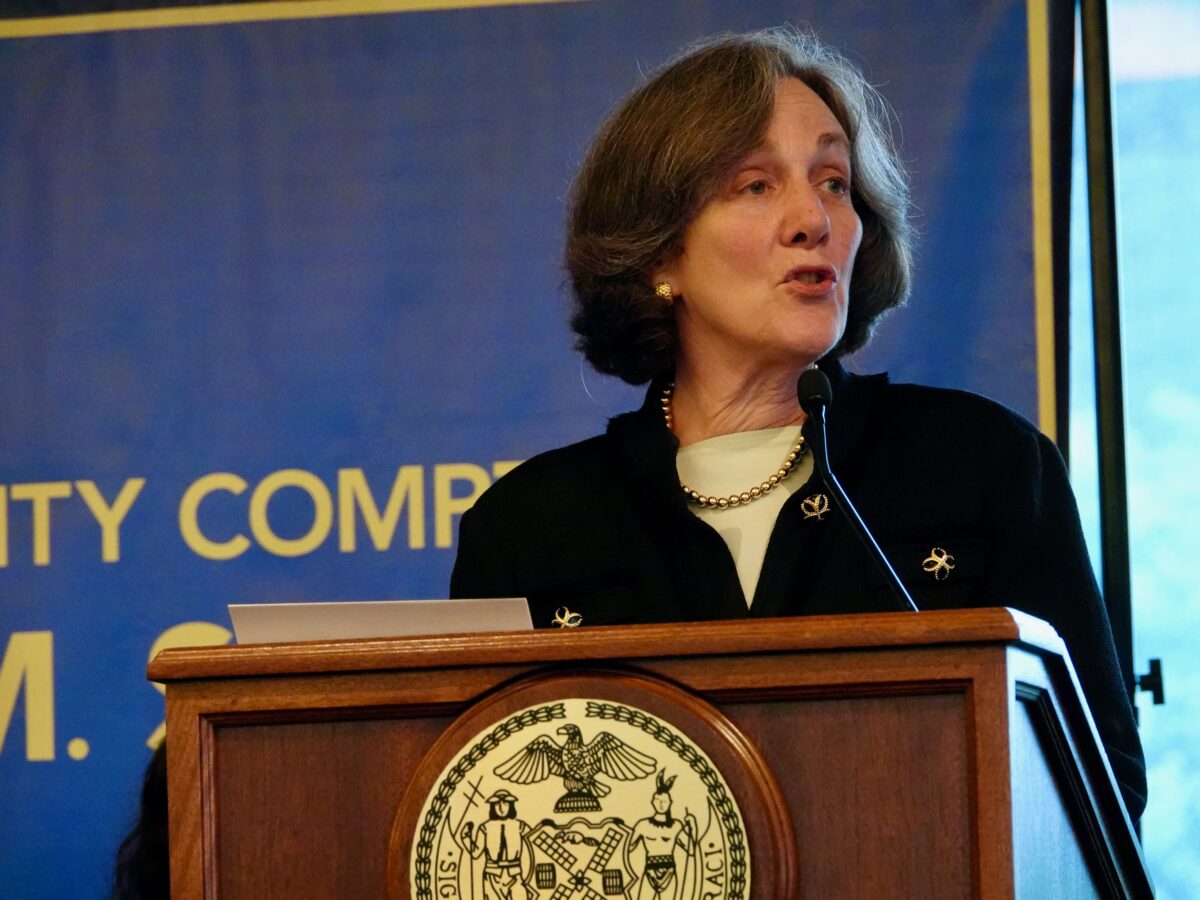 On Tuesday afternoon, former HIAS chair Dianne Lob was confirmed as the chair-elect of the Conference of Presidents of Major American Jewish Organizations. The vote capped off a tumultuous two weeks during which several of the umbrella group’s right-wing member organizations waged a campaign to remove her from consideration.

Details: A motion to create the position of chair-elect passed 39-1, with five abstentions. A subsequent motion to elect Lob as chair-elect and retain outgoing chair Arthur Stark until April 2021 passed by a vote of 31 in favor, eight opposed and five abstaining.

Background: A campaign spearheaded by the Zionist Organization of America following Lob’s nomination sought to delegitimize the former HIAS chair and the organization, which works to provide assistance to refugees around the globe. A number of organization heads spoke out in Lob’s defense during the period between the nomination and Tuesday’s vote.

Reaction: “Dianne is a visionary leader whose personal history embodies the Jewish American story. As the child of refugees who fled Nazi Germany and the grandchild of family members murdered in the Holocaust, she understands the role of Jewish leadership during these uncertain times and the unique importance of the Jewish State of Israel in securing our survival,” Conference of Presidents’ CEO William Daroff said in a statement to Jewish Insider. “We are honored that she chose to serve in this new role and are looking forward to her steady leadership of our conference.”

United together: Daroff added that Lob is “the right leader to help steer our community toward greater unity and shared purpose” amid a rising tide of global antisemitism “and the utmost importance of Jewish communal security.”

‘Nastiest campaign imaginable’: A Jewish leader noted to JI that the organizations opposing Lob spent 10 days “besmirching and defaming” Lob and the Conference of Presidents in the “most ugliest and nastiest campaign imaginable.” The official added, “All they got was eight votes. They not only got embarrassed, they got beaten badly. This proves they are on the fringe, and do not represent the American Jewish community.”

No regrets: ZOA President Mort Klein conceded that he had no way of blocking Lob’s nomination, calling the one-year delay “a minor step” that will not satisfy his organization. “We have 11 months to see what actions she takes, what statements she makes. If there will be problems with her, we will raise the issues” with the leadership, Klein told JI, adding that he is not willing to give Lob a grace period. “We vehemently oppose her being chair of the conference. This was a mistake on so many fronts.”