Arthur Stark to remain Conference of Presidents chair for another year 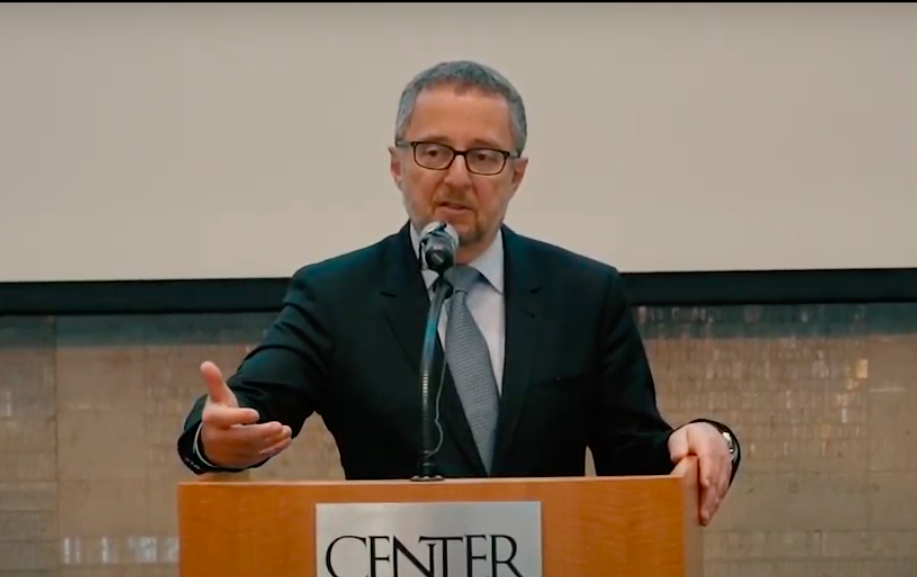 Following an uproar from some right-wing groups over the nomination of former HIAS chair Dianne Lob to serve as the next chair of the Conference of Presidents of Major American Jewish Organizations, conference leaders announced a new approach on Sunday night. Under the latest proposal, current chair Arthur Stark will continue in his role through early 2021 and Lob will serve as chair-elect until April 1, 2021, when she will assume the chairmanship. The conference is expected to vote on both the proposal and Lob’s nomination during a Zoom meeting on Tuesday.

Backdrop: The move comes after several organizations — led by the Zionist Organization of America and its president, Mort Klein — pushed back against Lob’s nomination. In one of its written complaints, ZOA called Lob “virtually unknown” to conference members and claimed she lacked “the requisite extensive network of relationships and experience with the complex dynamics affecting the Conference.” With the new approach unveiled Sunday night, members of the Conference will now have a year to become more familiar with Lob before she assumes her role.

How they’re explaining it: In the email to members Sunday evening co-signed by Stark and Lob, the Conference explained that “extension of the Chair’s term has occurred in the past.” Stark and Lob stressed that “creating the Chair-elect role enhances the effectiveness of the transition. Given the extraordinary time in which we are living with the uncertainty caused by COVID-19 and its ramifications, this strategy is particularly relevant and impactful.”

Pro-Israel credentials: Last week, the conference emailed a statement from Lob to its members, in which Lob reiterated her support for the Jewish state. “Today, my support for a strong and vibrant Israel is rooted in my belief that the safety and security of Israel is critical to Jews in the United States and across the world,” Lob wrote in the email obtained by JI. “I firmly believe that a secure Israel is necessary for our community to thrive, and I will do everything in my power to assure that strength is maintained and enhanced.”

Doubling down: Mark Hetfield, executive director of HIAS, similarly pushed back on ZOA’s claim that the organization is not sufficiently pro-Israel. “As a Jewish refugee organization, we have an important connection to Israel because the reason we can advocate for refugees who are not Jewish today is because the Jewish refugee problem has essentially been solved by the State of Israel,” Hetfield explained to Jewish Insider. “That’s the thing — Israel is central to our mission, in that sense.” Hetfield also noted that as a matter of policy, HIAS won’t partner with organizations that promote the BDS movement.

Worried about Washington: One concern Klein has raised is that Lob’s leadership could affect the conference’s relationship with the White House. “Trump of course hates HIAS and now Trump will want nothing to do with the Conference,” Klein told JI last week. “We’ve lost all influence with the president of the United States because of her.”

Pushback: Hetfield pushed back on allegations that the conference would endanger its relationships in Washington. “The Conference is not electing HIAS to its position. It’s electing Dianne Lob. Dianne Lob is not HIAS. She was chair of HIAS. And HIAS is not a political organization, either. We’re apolitical, but we have an agenda to protect refugees and we advocate in support of that agenda. The Conference has a different agenda than we do, and Dianne will advocate for the agenda of the Conference. It should not have an effect on relations with the White House.”

What’s next? Under the new proposal, Stark will remain in his role through March 31, 2021. Lob will become chair on April 1, 2021. The bigger question, a number of individuals who spoke to JI suggested, was the future of the Conference of Presidents amid an increasingly polarized political landscape. “If it can really be a voice for the broad mainstream of the Jewish community center… that would be excellent,” one former longtime head of a member organization told JI. “This name-calling, it’s just terrible. It’s not what we should be doing as Jews… If the Conference of Presidents is going to survive, it’s going to have to represent the center.”