How the only presidential candidate attending AIPAC plans to take advantage 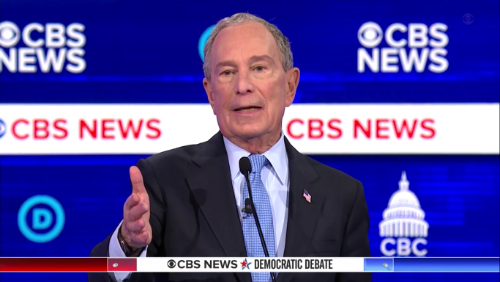 Former New York City Mayor Michael Bloomberg is expected to address the conference at Monday morning’s plenary session. According to one source, there are at least 15 people working on Bloomberg’s speech.

Comparing notes: The Bloomberg campaign said the speech will be a “deeper dive” into his remarks in January at the Aventura Turnberry Jewish Center in South Florida. Read highlights of that speech here.

Why Mike is attending in person: The campaign’s Jewish outreach director, Abigail Pogrebin, tells JI that Bloomberg’s appearance is aimed at sending a message that strong support for Israel should remain bipartisan. “Mike has always said, and will say again in his speech, that American support of Israel has been a bipartisan commitment to this country from its founding and it is crucial that it remains bipartisan support,” Pogrebin said. “The fact that some are fraying those threads, I think is something that Mike is not aligned with in the least, and he is going, first of all, to signal and affirm his commitment to Israel.”

Drawing a contrast: Pogrebin stressed that Bloomberg will also “affirm what AIPAC represents” in his speech. “I don’t have to tell you there are 20,000 people coming from every ideology, from every approach to Judaism and to other religions, including people of all races and color and sexual identity. This is a very diverse gathering and I think it is not just simplistic but inaccurate to paint it with one broad brush,” she said, adding, “It surprises me that any candidate would mischaracterize it as a racist platform.”

Will he make up for his debate flub? Last week, during the televised South Carolina debate, Bloomberg missed an opportunity to draw a stark contrast with Sen. Bernie Sanders (I-VT) on his approach toward Israel and repudiate the Vermont senator for having characterized AIPAC as a racist organization. Will Bloomberg be more direct in his AIPAC speech? “I think you’ll have to wait and see,” Pogrebin told JI.

Flashback: Speaking at an AIPAC-hosted event for delegates during the Republican National Convention in New York City in 2004, Bloomberg said, “When it comes to standing up for Israel, which for me is standing up for America, I can’t separate the two — George W. Bush has been there.”

Reaching out: The Bloomberg campaign is hosting a United for Mike reception at the Renaissance Hotel across from the convention center tonight.