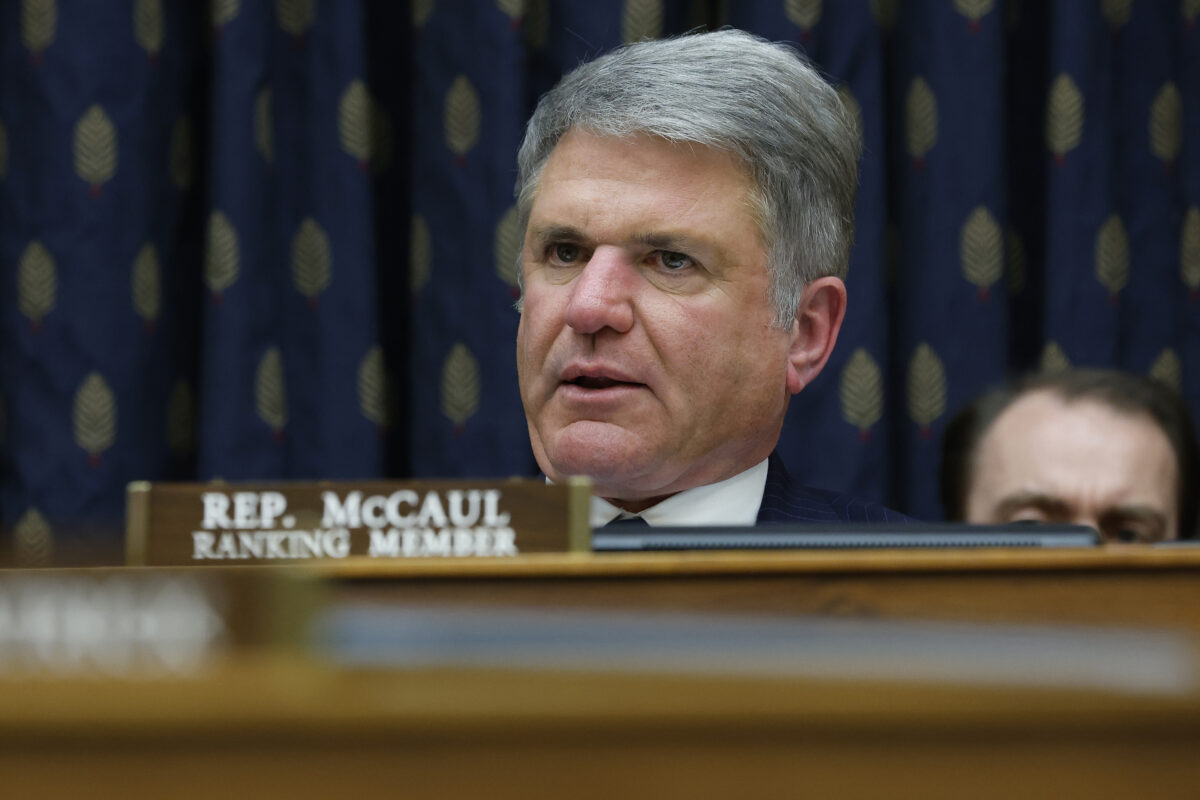 Ahead of a congressional leaders’ announcement last night that they had reached an agreement on a 2023 federal budget — leaving them to hash out specific funding levels for various programs in the coming days — a bipartisan group of House lawmakers made a final push on Tuesday to secure increased funding for the Nonprofit Security Grant Program (NSGP), Jewish Insider has learned.

A letter, signed by 79 lawmakers and obtained by JI, seeks $360 million in funding next year for the program, which provides funding for nonprofits and religious institutions to improve their security; it was funded with $250 million last year, and was able to fulfill just over 50% of the grant requests it received.

The letter — led by Reps. Bill Pascrell (D-NJ) and Michael McCaul (R-TX) — is addressed to the chair and ranking member of the House Appropriations Committee and the panel’s homeland security subcommittee.

Draft versions of the 2023 budget from the House and Senate have included the requested $360 million, a longtime target of Jewish groups and some top congressional leaders, but the final agreement between Democrats and Republicans may require some cuts to those plans, as there was reportedly a multi-billion dollar gulf between the two parties prior to Tuesday night’s agreement.

“The NSGP program is a critical component to the nation’s response to domestic and international threats targeting the nonprofit sector, but the program is significantly over-subscribed. This year’s (FY 2022) NSGP award results made this clear,” the letter reads. “Unfortunately, today’s threat environment provides a compelling public interest in protecting against attacks on the nonprofit sector that would disrupt the vital health, human, social, cultural, religious, and other humanitarian services and practices they provide to communities, and which threaten the lives and well-being of millions of Americans who operate, utilize, live, and work in proximity to them.”

The letter also highlights a series of antisemitic threats throughout the course of the past few months.

“From Pittsburgh to Charleston to Colleyville, we have seen how important Nonprofit Security Grants are for securing faith communities, which is why it is so important for Congress to finalize the funding increase to $360 million,” Elana Broitman, the senior vice president of public affairs for the Jewish Federations of North America, which supported the letter, told JI. “As Reps. Pascrell and McCaul note, it is imperative to grow this program until there is enough funding to secure every synagogue, church, mosque and nonprofit facility that is vulnerable to attack.”