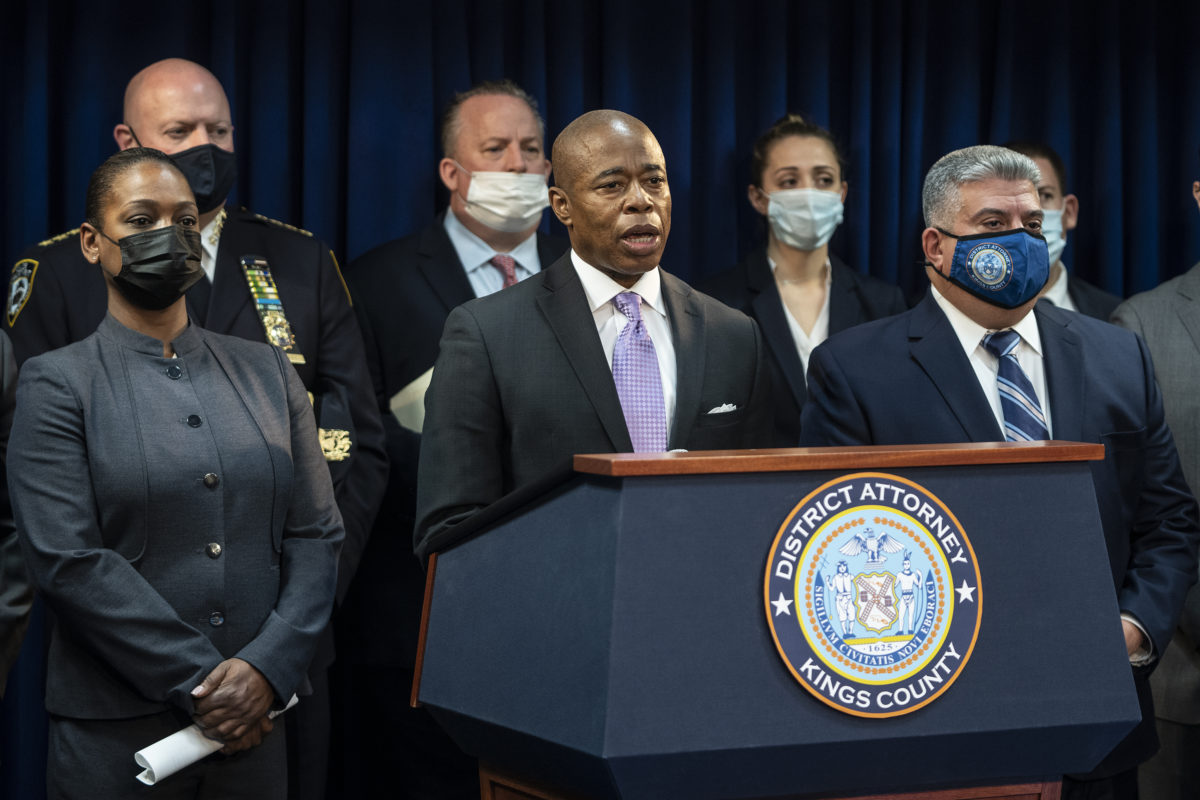 Eric Adams, the newly minted Democratic mayor of New York City, announced members of his senior staff on Wednesday in a list of appointments featuring several Jewish officials who will assume a variety of high-ranking roles within the administration.

Notably, the mayor named two Orthodox Jewish officials to his operations team, including Menashe Shapiro, a veteran political consultant who worked on the Adams campaign, and Fred Kreizman, who served as deputy commissioner for community outreach in the administration of former Mayor Michael Bloomberg. Both are graduates of Yeshiva University.

At City Hall, Shapiro will serve as deputy chief of staff, while Kreizman will oversee the mayor’s community affairs unit as commissioner.

“I can’t remember a time in recent history when there have been two Orthodox Jews at senior levels in an administration,” David Greenfield, the CEO of the anti-poverty group Met Council who is co-chairing Adams’s health and human services transition, said in an interview with Jewish Insider.

Both appointments “signify the warm relationship” that Adams has developed with Jewish community members in New York, according to Greenfield, a former city councilmember.

As an elected official, Adams built a strong rapport with the Orthodox Jewish community, particularly in Brooklyn, where he most recently served for eight years as borough president. Previously, he was a state senator representing Crown Heights and other neighborhoods in Kings County.

In an interview with JI last February, Adams, a former police captain, suggested that such relationships began during his career in law enforcement.

“I think it was born out of policing when, as a lieutenant, I was introduced to many of these security patrols, and from those patrols, I started to see the high level of volunteerism,” he recalled. “The Jewish community, particularly the Orthodox community, within their language, is giving back.”

Adams, who is the second Black mayor of New York City, earned endorsements from several prominent Orthodox leaders during the mayoral primaries, despite some competition from Andrew Yang, the former presidential candidate who developed close connections with Jewish communities in Brooklyn.

“These appointments are the latest selections which demonstrate a mayor dedicated to inclusivity and a diverse administration,” said Maury Litwack, the executive director of Teach Coalition, a nonprofit educational advocacy group affiliated with the Orthodox Union. “Menashe and Fred are well-respected, talented and hard-working people with a long history of public service.”

Josh Mehlman, chairman of the Flatbush Jewish Community Coalition, which endorsed Adams in the primary, agreed. “Eric Adams chose wisely by appointing his senior team today,” he told JI, characterizing Shapiro as a “brilliant strategist” who “works hard and is fiercely dedicated to the mayor’s success.”

Kreizman, he added, is “well-known as an experienced advocate for our community.”

More broadly, Jarrod Bernstein, who worked with Kreizman in the Bloomberg administration — and is a co-host of JI’s “Limited Liability Podcast” — said the newly designated commissioner is known for his close engagement with communities of all stripes.

“Many would cast this as a sort of appointment with the Orthodox community in mind,” Bernstein told JI. “But Fred is a person of many communities,” including Muslim and Christian New Yorkers.

Aside from Shapiro and Kreizman, the mayor also named Edward Mermelstein, a Soviet-born Jewish attorney and investor who is well-known within New York City’s Russian Jewish community, as commissioner of international affairs.

Andrea Shapiro Davis, CUNY’s interim vice chancellor for university advancement, is another high-level Jewish staffer who will serve as senior advisor and director of public service engagement in the mayor’s office — “an inspired choice to be in charge of appointments and talent,” according to Mitchell Moss, a professor of urban policy and planning at New York University.

Adam’s appointments “have included the best and brightest from the Jewish community,” said Jeff Leb, a political consultant in New York. The mayor “has consistently demonstrated that he won’t put politics ahead of getting the job done.”

David Pollock, director of public policy and security at the Jewish Community Relations Council of New York, said that “Adams is successfully putting together a mature and diverse team.”

“Better yet,” said Pollock, whose organization represents the Jewish community to New York government officials and counts more than 50 local Jewish groups as members, “many of the appointments have a long track record of working with the JCRC-NY and Jewish communities in past public and private roles.”