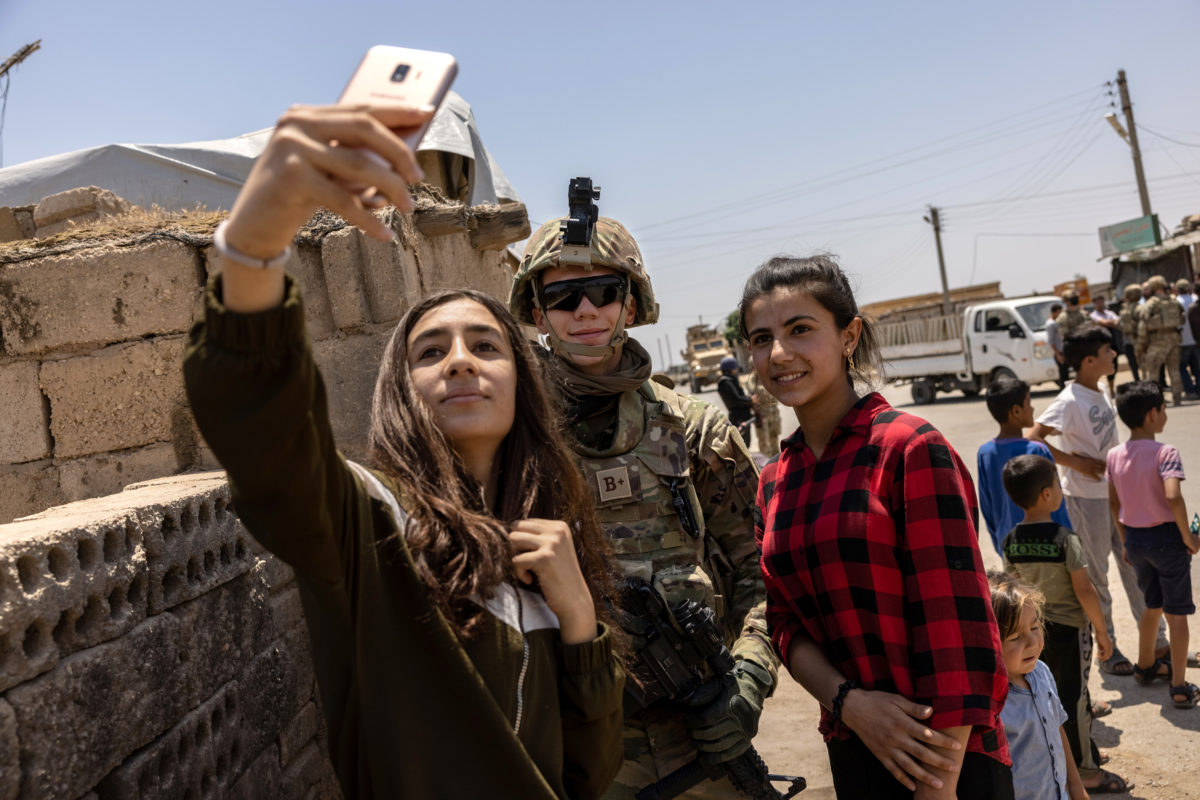 Kurdish teenagers pose for selfies with a U.S. Army soldier on joint patrol with local allies on May 25, 2021 near the Turkish border in northeastern Syria.

Arab youth consider Israel a formidable presence in the Middle East, trailing behind the United States, Saudi Arabia and the United Arab Emirates in terms of perceived influence in the region, according to the 2021 annual Arab Youth Survey, which seeks to measure the pulse of some 200 million Arab youths.

The poll, conducted by consulting group PSB Insights from June 6-30 also found that, for the 10th consecutive year, a plurality of respondents ranked the United Arab Emirates as the most desirable country to live in (with 47% of respondents viewing the country as the best place to live), with the U.S. and Canada trailing in second and third places, respectively.

The 13th annual survey, which polled 3,400 people aged 18 to 24 across the Middle East and North Africa, found that 88% of respondents viewed Israel as an enemy, compared to 11% who classified the Jewish state as an ally. The results seem to indicate that recently minted ties between Israel and other Arab countries as part of the Abraham Accords have done little to change Israel’s reputation in the eyes of young Arabs, and that clashes between Israel and Palestinians contribute more to Israel’s image than its recent peace agreements.

Previous surveys have asked respondents if they consider countries such as Iran and Russia to be their enemies. The 2021 survey is the first to include Israel in the question.

Despite the affinity for the UAE and Western countries, few young Arabs (12%) are actively considering emigration, and many of those who are seeking to leave their countries hail from nations experiencing political and economic turmoil, such as Sudan, Morocco and Lebanon. Young Arabs who are considering emigrating cited the economy and educational opportunities as the top two reasons they’d consider leaving their home countries.

The results of the 2021 survey reflect optimistic sentiments: a majority of young Arabs believe their best days lie ahead, an improvement on the past four years, and desire to emigrate has decreased from the amount reflected in the 2020 poll.