Jill Biden: Holocaust survivors are ‘living testaments that good can triumph over evil’ 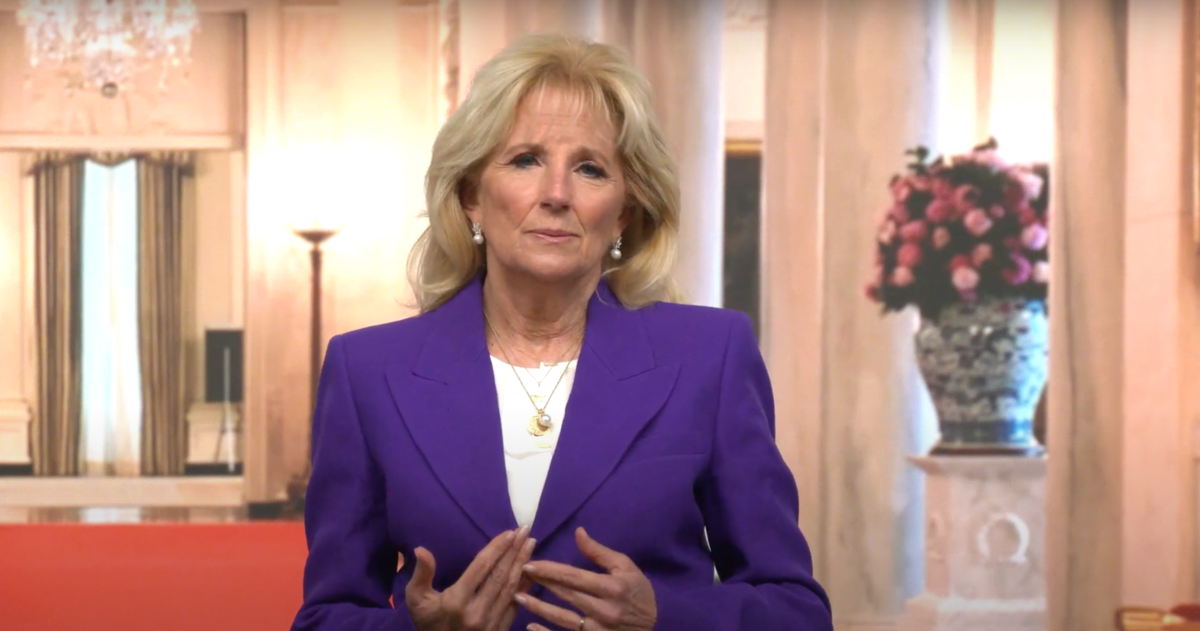 “This day, each year, Holocaust Remembrance Day, we remember the lives of six million Jews and millions of other innocent victims who were killed in one of humanity’s darkest hours,” Biden said in her message, which was recorded for the Jewish Federations of North America. “We also honor the resilience of those who lived. They are the living testaments that good can triumph over evil. Their lives and those of the second, third and fourth generations that followed are a rebuke of antisemitism and hate and violence.”

“The lives we lost in the Holocaust remind us to live now. May we always seek understanding in the face of hate. May we always remember that to live is to fight for each other,” the first lady added. “May we always do the hard and hopeful work of repairing our broken world.”

The first lady also highlighted the struggles faced by many of the 80,000 Holocaust survivors living in the U.S.

“Far too many wrestle with trauma and poverty. Too many go without adequate physician and mental healthcare, transportation, and other basic necessities,” Biden said.

President Joe Biden has worked closely with JFNA on Holocaust survivors’ issues in the past. As part of a Biden-led initiative during the Obama administration, the Department of Health and Human Services allocated $12 million to JFNA for survivor support programming.

The president has in the past recounted learning about the Holocaust from his own family growing up, and said he took his children and grandchildren to Dachau.