Meet the Substack rabbi: ‘An intimate voice of Torah’ 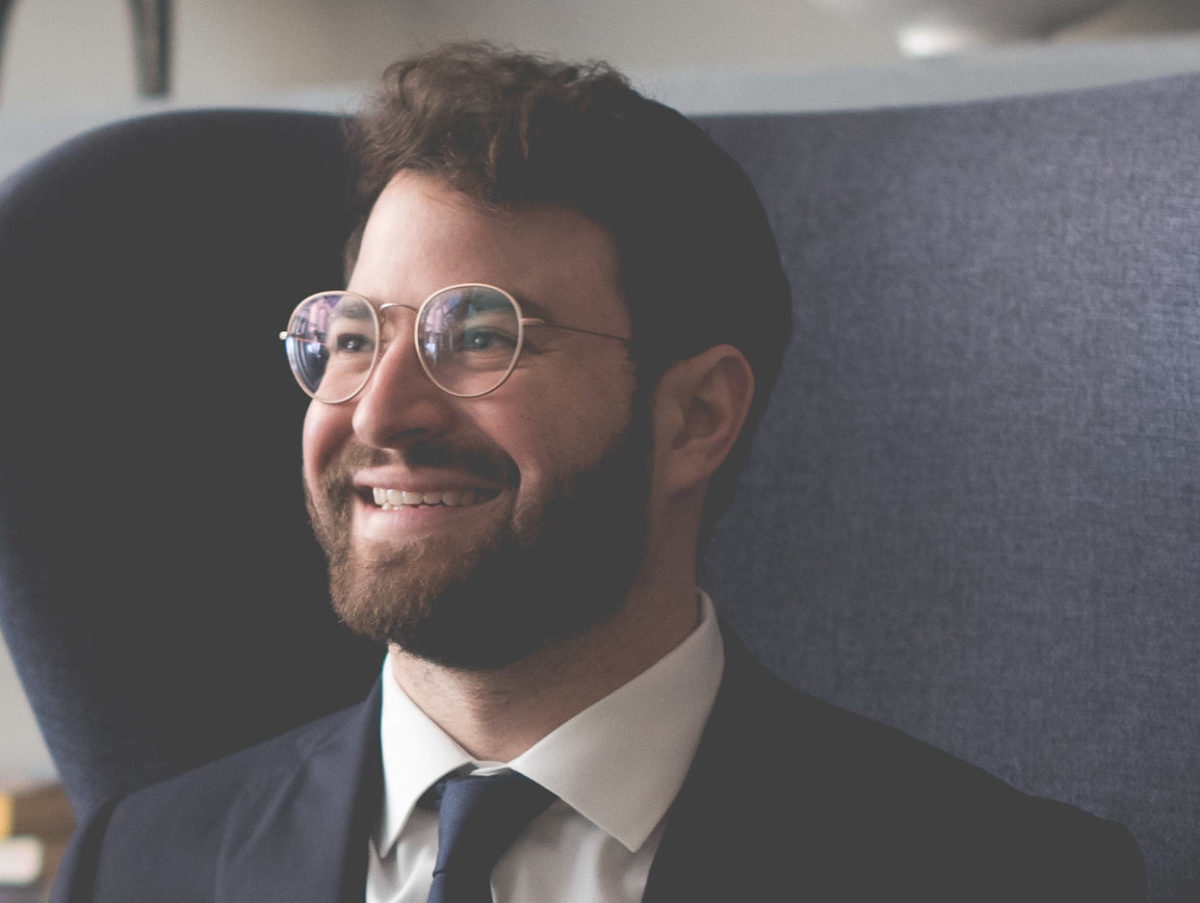 Substack rose to popularity as a medium for independent writers to share their work directly with interested readers. In recent months, numerous prominent Jewish writers have made use of the platform — New York Times reporter Nellie Bowles and her partner Bari Weiss, commentators Matthew Iglesias and Yair Rosenberg, along with Johns Hopkins University political scientist Yascha Mounk, among many others.

One newsletter on the platform stands out for occupying a uniquely Jewish niche. Every Friday, more than 1,300 subscribers receive “Etz Hasadeh,” a project dedicated to Torah commentary, straight to their email inboxes.

This month marks the two-year anniversary of Rabbi Zohar Atkins’s weekly newsletter, which began on Tiny Letter and moved to Substack last year. When he founded the newsletter in early 2019, Atkins told Jewish Insider, he aimed to use it as a platform to teach Torah through “an existential lens.”

“Etz Hasadeh” uses rabbinic texts to comment on the weekly Torah portion, or parsha, and weaves in poetry, philosophy, and contemporary issues. To understand Moses and the Israelites breaking into song as they leave the land of Egypt, Atkins turned to Plato’s “Republic” and the poetry of Louis Zukofsky. To write about Bereishit (Genesis), he brought in the work of both American poet John Ashbery and Rav Joseph Soloveitchik, and used artificial intelligence as metaphor.

“I’m really passionate about getting people to have fun thinking about the meaning of life,” Atkins told JI. Often, for him, that means thinking about the weekly Torah portion in terms of “how we relate to the characters and the plot and the language.”

The newsletter takes its name — translated literally as “tree of the field” — from a passage in Deuteronomy that describes a compassionate conquering force, one that does not cut down the trees in the land it has won. Atkins believes that “in an increasingly virtual and fast-paced world, spaces for intimate discussion and reflection, guided by the study of ancient texts, are ‘trees of the field’ that need to be preserved.”

Part of his hope for the newsletter is “reaching an audience of people who identify as religious as well as who identify as secular, and everything in between,” he told JI. On that front, he believes he has succeeded: His readers include everyone from non-Jews to yeshiva rabbis, Atkins said.

Rabbi Dovid Bashevkin, an avid reader of the newsletter, described Atkins’s approach to commentary as akin to that of renowned Torah scholar Avivah Gottlieb Zornberg. His writing has a “neo-midrashic curiosity,” Bashevkin told JI. “He approaches Biblical stories and Torah… and filters that through a very rich world of philosophy and culture and ideas.”

“It’s not your typical d’var Torah. It’s an essay, a think piece,” he explained. “You walk away really looking at Jewish ideas and text in a way that other people are not.”

Zachary Thacher, another subscriber to Atkins’s newsletter, described the writing as “an intimate voice of Torah.” Before the pandemic, Thacher led a small Friday night minyan, and a member of his community introduced him to the newsletter.

“I read him every single week, and it’s definitely been keeping me company during COVID,” Thacher told JI. “It’s kept me connected to Torah.”

For Thacher, who says Zoom classes and virtual socializing don’t interest him, the newsletter is “what works” amid a nearly year-long shuttering of in-person Jewish spaces.

“There’s probably tons of weekly emails, but I just don’t know anyone doing it with the level of intellectual and poetic ability as Zohar,” Thacher said.

For reader Ronnie Scharfman, what differentiates the newsletter from others is that “it’s not up in the stratosphere,” but deals with immediate human issues, she told JI.

“His divrei Torah teach us how to live, how we want to live our lives,” Scharfman said. “Sometimes his references are pop culture, and sometimes they’re [Martin] Heidegger, and sometimes it’s some Hasidic master. It’s quite extraordinary.”

Because of the nature of Substack, Atkins’s readers are scattered all over the world — and each subscriber’s approach to processing the text is different.

For some, reading Atkins’s writing out loud over Shabbat dinner with family has become a weekly practice, and some couples — including partnerships in which one person is going through the conversion process — read and discuss it together, Atkins said. For others, like Scharfman, it’s a meditative, “solitary activity.”

“I read it as a kind of preparation for Shabbat,” subscriber Annette Aronowicz told JI.

Now, Atkins has new initiatives in the works: A compilation of his Substack writings, he said, may soon be published as a book, and he’s started a new daily newsletter called “What is Called Thinking?” Throughout his work, his goal remains unchanged.

“I think that there really is a beauty to the scholastic tradition of study and Torah,” Atkins explained, “but I’m just trying to make it be more heartfelt and less cerebral.”