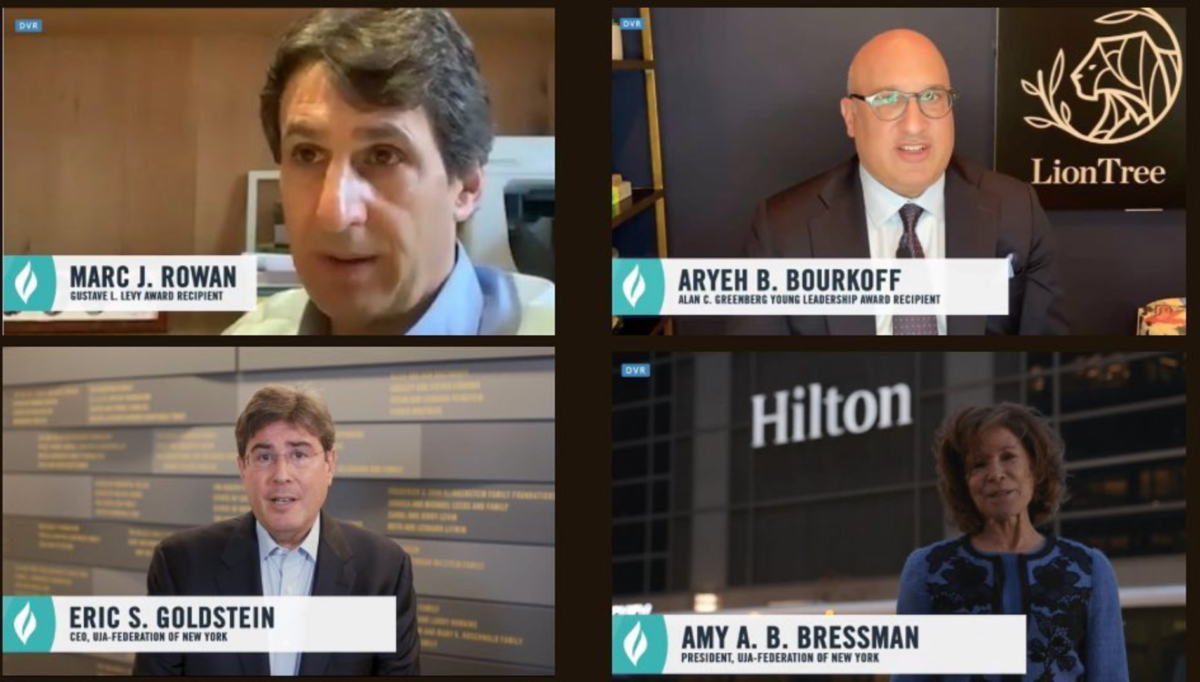 Looking ahead: Bourkoff cited the recently signed normalization deal between Israel and the United Arab Emirates in providing a positive outlook. “Optimism does not require averting our gaze. It demands looking closer and seeing even further. We need to go forward to extraordinary, not back to normal. Let us take not only what we can carry, but what will carry us,” Bourkoff said. “The rest — injustice, stagnation, the rank or the status quo — we leave behind. Just a few weeks ago, I visited the Arabian Peninsula in the wake of the Abraham Accords, experiencing how an ancient civilization and a young country embraces the future. I saw fruit in a market in Dubai that was grown in Israel. Sometimes progress looks like a grapefruit. And sometimes it looks like the prime minister of Israel, visiting Saudi Arabia and meeting with its crown prince. The world becomes smaller when horizons become larger.”