“I know from being by his side, when it comes to working for the people of his district in the Bronx and Westchester, Eliot Engel gets the job done" 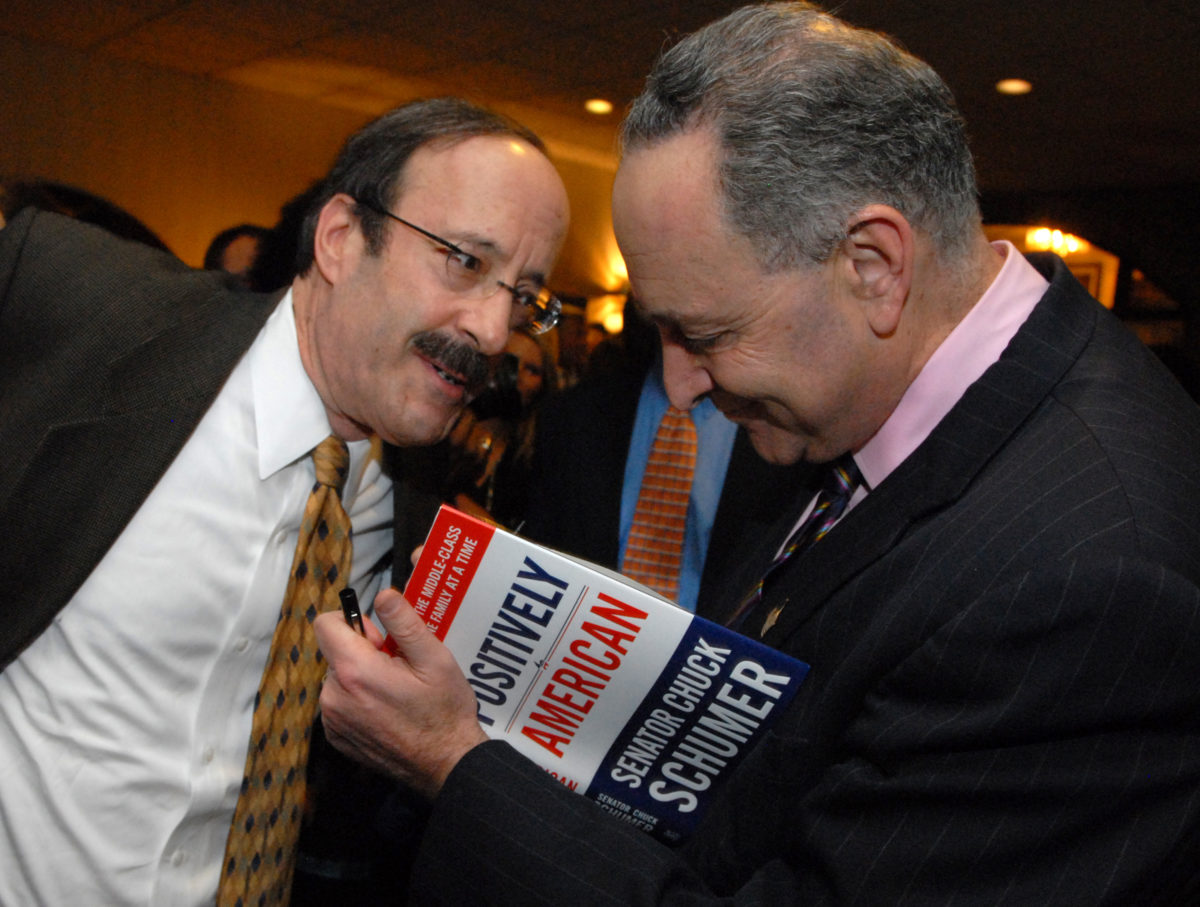 Senate Minority Leader Chuck Schumer (D-NY) announced his endorsement of Rep. Eliot Engel (D-NY), who is facing a formidable challenge in his re-election bid next week.

“I have a longtime, close friendship with Eliot Engel and have worked with him on many issues. From taking on Donald Trump, to standing up for women’s right to choose to expanding affordable health care, to fighting for civil and human rights, Eliot Engel has been a strong and effective fighter for the people of his district and all Americans — and I am proud to endorse him,” Schumer said in a statement to Jewish Insider.

A poll published on Wednesday showed Bowman leading Engel by 10 points (41-31), while 27% remain undecided. The poll of 525 likely Democratic primary voters was conducted via web and text-to-web and had a margin of error of 5.1%

When asked by reporters last week whether he had endorsed Engel, Schumer noted he had not yet made an endorsement in that race. But according to a source, the two had simply not yet coordinated an endorsement rollout.

In the statement, Schumer noted that as chairman of the House Foreign Affairs Committee, Engel “has protected our democracy from foreign attacks, and as a local leader Eliot improved mass transit and worked tirelessly with me after Hurricane Sandy to deliver the aid that enabled people in his district to recover and rebuild. I know from being by his side, when it comes to working for the people of his district in the Bronx and Westchester, Eliot Engel gets the job done.”