Former Trump advisor: 'If America doesn't have Israel's back, nobody has Israel’s back' 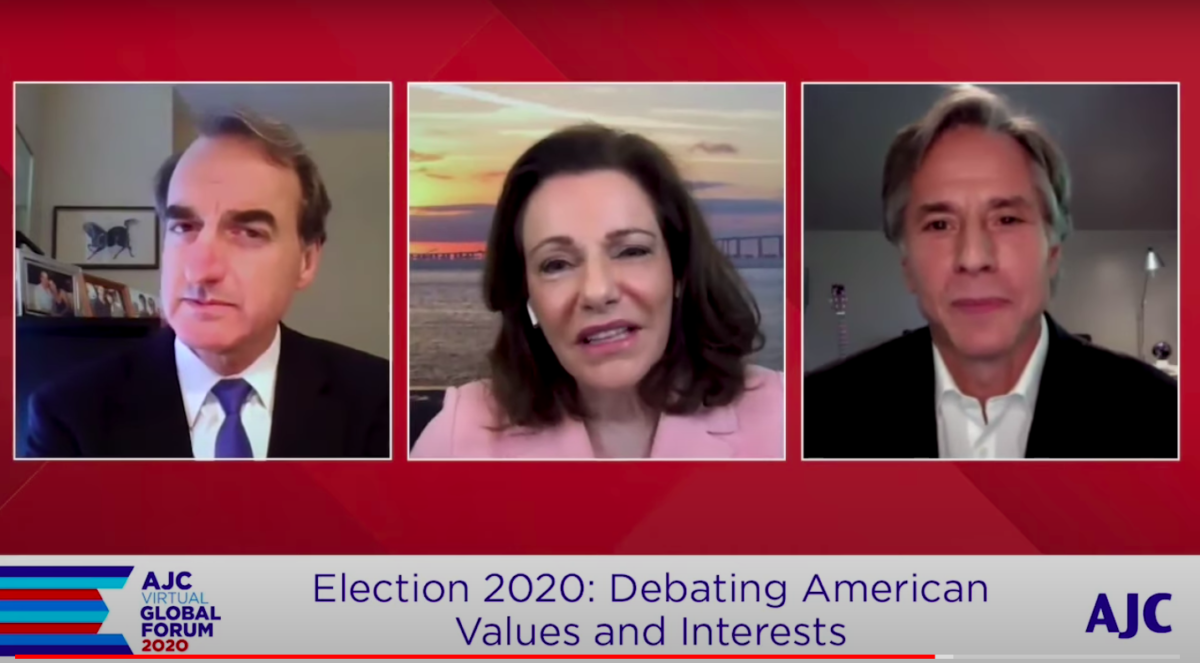 Former foreign policy officials K.T. McFarland and Tony Blinken on Wednesday relitigated relations between the U.S. and Israel under the Obama administration, debating the former president’s support for the Jewish state while in office.

The exchange took place during the American Jewish Committee’s virtual Global Forum. McFarland, who served as deputy national security advisor in the early months of President Donald Trump’s tenure, criticized the Obama administration for allowing an anti-Israel measure — UNSC Resolution 2334 — to pass through the U.N. Security Council in the final weeks of 2016.

“There was a debate at the United Nations about Israeli settlements, and the Obama administration for the first time in… 50 years, the Obama administration refused to support Israel,” McFarland said. “Now President Trump did support Israel. So did a lot of Republican senators and a lot of Democrats including Senator [Chuck] Schumer of New York. And that to me was a real wake-up call — where is the Democratic Party, where is it going now? I mean, if President Obama is not going to have Israel’s back, then what happens to Israel going forward? Because if America doesn’t have Israel’s back, nobody has Israel’s back.”

Tony Blinken, who held the position during the Obama administration, pushed back against McFarland’s claims.

Blinken, who is a foreign policy advisor to former Vice President Joe Biden’s presidential campaign, recalled an exchange that took place during the 2014 war between Israel and Hamas. “I got a call late one night from the Israeli Ambassador Ron Dermer, and he said, ‘Can I come over tonight? It’s something urgent.’ And I said, of course, come on over. This is about 9 o’clock at night at the White House. And he and the military attache from the embassy laid out to me in detail why Israel urgently needed a replenishment of Iron Dome interceptors that were saving lives from missile attacks.”

“The next day, I went to the Oval Office. I sat with President Obama and Vice President Biden [and] I laid out what I’d heard from the ambassador and the military attache, and I got three words from both of them in response: ‘Get it done.’ That was Friday morning. Tuesday, we had a quarter of a billion dollars from Congress to replenish Israel’s Iron Dome supply. That’s the kind of real action — real deeds — that go to the heart of Israel’s security.”