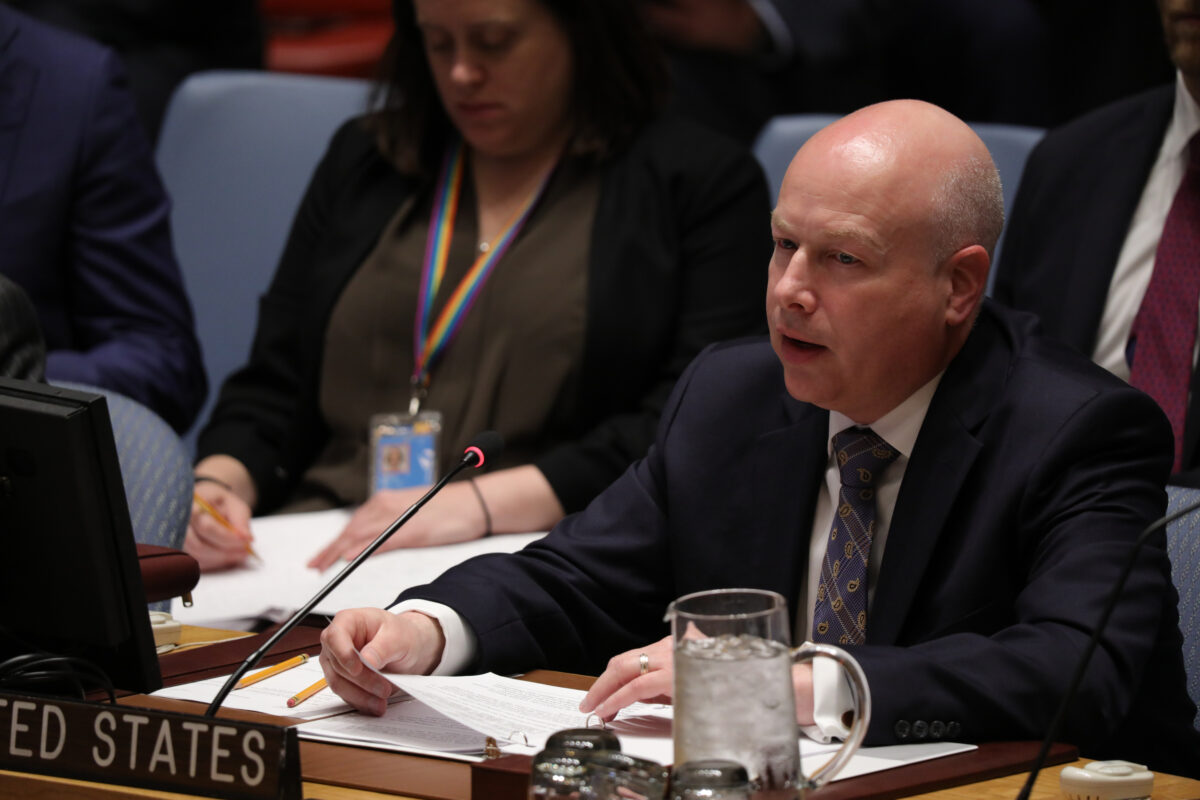 Former Mideast peace envoy Jason Greenblatt attacked Joe Biden’s criticism of the U.S. embassy relocation in Israel —  despite committing to keep the embassy in Jerusalem if elected — calling the former vice president’s comments a “fundamental misunderstanding of U.S. law” during a webcast hosted by the Trump re-election campaign on Thursday night.

Background: During a recent virtual fundraiser with Jewish donors, the presumptive Democratic nominee said, “The move shouldn’t have happened in the context as it did. It should happen in the context of a larger deal to help us achieve important concessions for peace in the process. But now that is done, I would not move the embassy back to Tel Aviv.”

Campaign contrasting: During an event marking the second anniversary of the Jerusalem embassy’s opening, Greenblatt, who was joined by former Arkansas Governor Mike Huckabee, told participants that the six-month waiver on the Jerusalem Embassy Act of 1995 had been extended by successive administrations was to protect U.S. national security interests, “not that it was a mistake.” Greenblatt added that prior concerns over potential fallout from the move were unwarranted and that the Trump administration has had “no problem.”

Making the re-election case: Greenblatt, now a member of the Republican Jewish Coalition’s board of directors, served in the White House for nearly three years. Greenblatt called the decision to move the embassy to Jerusalem and the subsequent opening ceremony two of his most moving moments as a White House official. “President Trump is not somebody who lives in a gray zone. He’s a very black-and-white person. He’s committed to the State of Israel, and this was really important to him,” Greenblatt said. The former Mideast envoy suggested that a Biden administration “is not only going to undermine [the U.S.-Israel] relationship but wind it backwards in a way that’s going to be harmful for Israel, harmful for security and stability in the region, and of course harmful to the United States of America.”

One of ours: Greenblatt dismissed criticism that the Trump administration has been silent on antisemitism and that his rhetoric has contributed to the rise in antisemitic violence. “President Trump has not only been a supporter of Israel but a supporter of the Jewish people,” Greenblatt stressed. “I would say there are very few people in the world to understand President Trump’s relationship with the Jewish people, as well as I do. Having worked for him as an observant Jew for 23 years, I can base my words on fact, action and emotion that I experienced from President Trump over those years — not simply on rumor, innuendo, political statements and distortion… He is a president who will not only support Israel but support the Jewish people — black and white, no questions asked.”