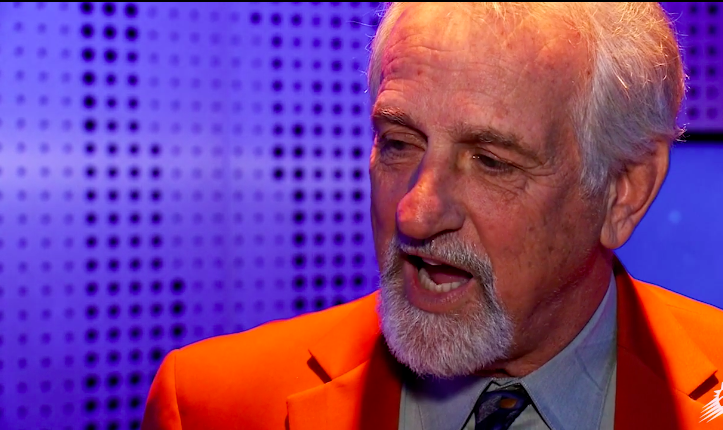 Former NBA player and coach Paul Westphal — decked out in a souvenir Masada hat — talked to Tablet’s Unorthodox podcast about his visits to Israel and his ties to the Jewish community. Westphal won the 1974 NBA championship with the Boston Celtics, and led the Phoenix Suns to the finals in 1993 as a coach.

Long relationship with Jewish community: Westphal said he grew up playing basketball every day for five years at the Phoenix Jewish Community Center. He’s visited Israel three times, and during his tenure as coach of the Sacramento Kings, the team drafted Omri Casspi, who became the NBA’s first Israeli player.

Christianity and Judaism: Westphal, who is Christian, spoke about the important role faith has played in his life. “I think that faith is the foundation of everything,” he said. “It’s so fantastic to be speaking to a group of Jewish people because I’m a Christian because of the Jews,” he added, referencing Jesus’ Jewish background.

Jews in the NBA: Westphal opened the interview by talking about some of the NBA’s legendary Jewish stars. “A little bit before my time, the Jews ruled the NBA,” he quipped. “[Red Auerbach] gave me the greatest advice I ever had. He said, ‘Dress British and think Yiddish.’”

On antisemitism: The basketball star spoke extensively with the three Tablet podcast hosts about modern antisemitism and anti-Zionism. “The same mentality [that existed in Nazi Germany] exists in the world today and you can see it,” he said. “My question is: When there are people who are sworn to exterminating you… why do a great number of Jewish people support causes, politics that are lined up with those people?”