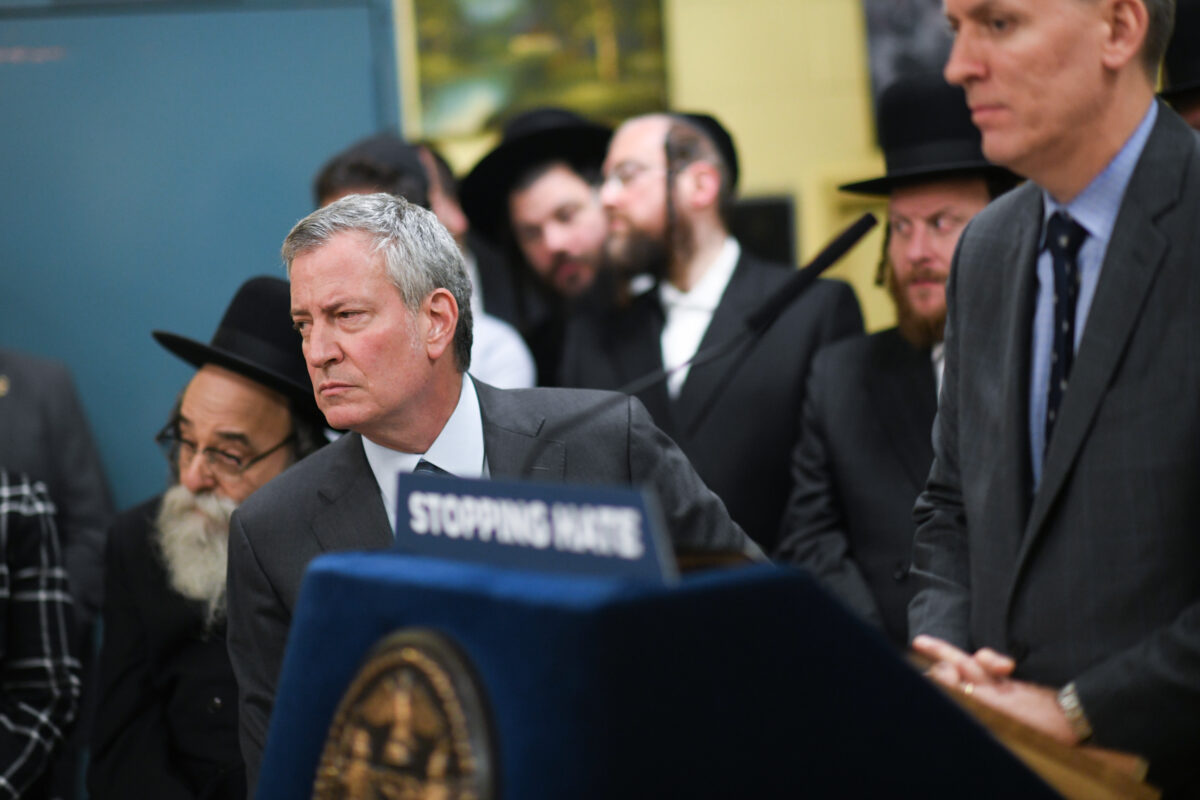 Mayor Bill de Blasio, Police Commissioner Dermot Shea and Executive Director of the Office for the Prevention of Hate Crimes Deborah Lauter meet with Jewish community leaders in Williamsburg to discuss the City's response to the attack in Jersey City, on Thursday, December 12, 2019.

New York City saw an increase of 26% in antisemitic incidents in 2019, according to the latest annual crime statistics released by the NYPD on Monday. The number of reported crimes rose from 186 incidents in 2018 to 234 in 2019. The vast majority of incidents, between 70 and 75%, were swastikas and antisemitic graffiti found in public spaces.

Taking action: To address the growing trend, Police Commissioner Dermot Shea told reporters that the NYPD has a fully staffed Hate Crimes Task Force and a new Racially and Ethnically Motivated Extremism unit, in addition to increased police presence — more than 150 officers in uniform — in select areas of the city. Shea also announced that, for the first time, the department will start incorporating hate crime stats into each precinct’s weekly CompStat reporting.

Mayor Bill de Blasio said that increased patrols in Jewish neighborhoods will continue as long as necessary. “Obviously, we all want this crisis to end. We all want to get to the normal we had before… I think it would be safe to say this is one of the places in the history of the world the Jewish community found the most refuge, the most support, the most peace. We want to restore that reality 110%.”

That was me: At the press conference, the mayor also admitted that he intervened in the prosecution of an accused antisemitic attacker, Tiffany Harris, after she was released twice before being charged for multiple crimes. “I absolutely made an inquiry,” de Blasio said.