The former U.S. Ambassador to Israel gives an interview ahead of his milestone birthday. 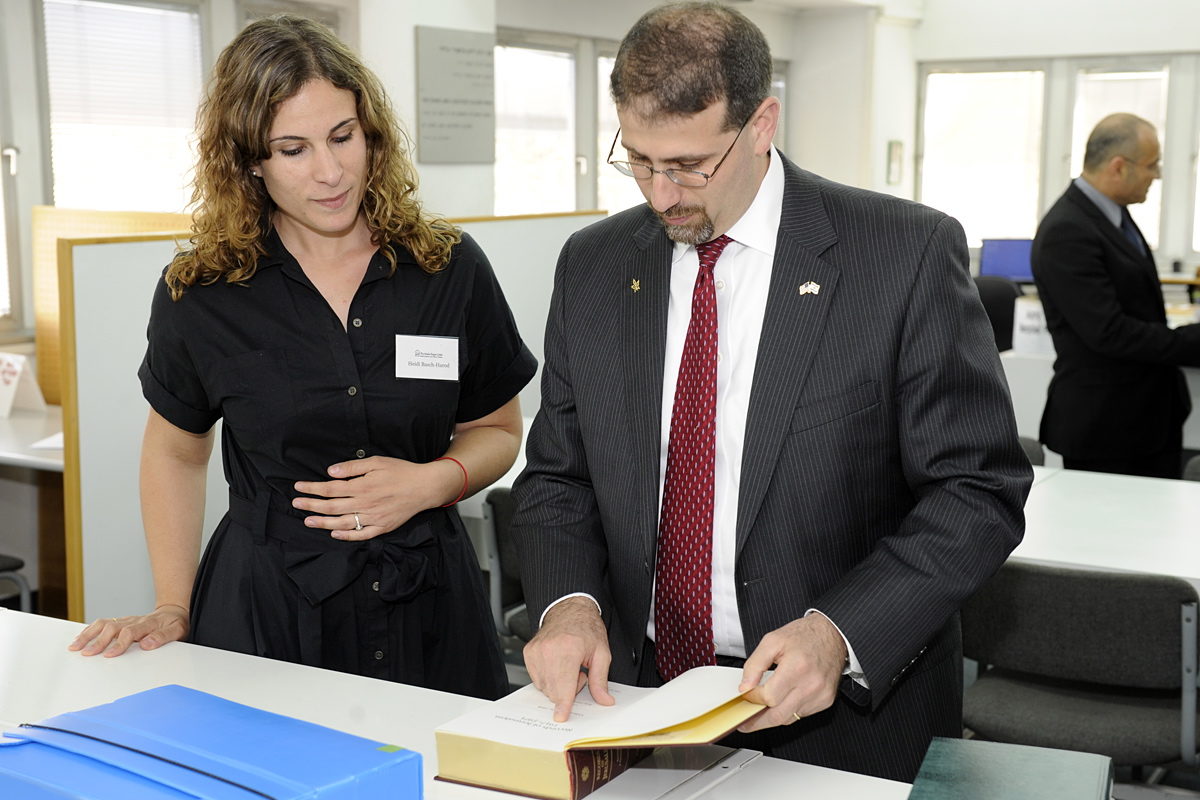 Former U.S. Ambassador to Israel Daniel Shapiro turns 50 on Thursday. Shapiro shared his reflections and plans for the future in a phone interview with JI’s Jacob Kornbluh.

JI: How do you reflect on the first 50 years of your life and your personal journey until now?

Dan Shapiro: I feel incredibly fortunate that in these 50 years I have been blessed with a loving family. I have had extraordinary opportunities to serve my country. I’ve been able to contribute to a cause I care very deeply about, which is the strength of the U.S.-Israel relationship, our mutual security and prosperity and the search for peace between Israel and its neighbors. And I feel energized to continue to make progress on all of those things for the next 50 years.

JI: So what does the next 50 years look like for Dan Shapiro?

Shapiro: You know the saying, “We plan, God laughs.” So I’m very modest about my ability to predict where things will go and already these first 50 years, they’ve taken me on a journey I never could have anticipated. But I expect to remain deeply engaged in trying to strengthen the U.S.-Israel relationship. I do that in the commercial sector, helping Israeli companies find success in the United States and helping American investors find opportunities to participate in the Israeli economic, technology and innovation story. I continue to write and think and advise political figures about U.S. policy — when it comes to Israel, its security, and the Israeli-Palestinian conflict.

So I feel like I have contributions to make on all of those. I don’t know exactly what form that will take in the next five years because that may depend on the outcome of the [2020] elections and it may depend on where our family decides to land. It may depend on various opportunities. I can’t even exactly predict. But those are the things that motivate me, and those are the issues I intend to work on in some framework or other in many of the next 50 years.

JI: Talking about 2020, are you satisfied with the positions that the candidates have taken on Israel?

Shapiro: I think, broadly speaking — and this doesn’t necessarily apply to every statement by every candidate — there’s a consensus among the Democratic 2020 candidates to sustain strong support for Israel’s security and for the fundamentals of the U.S.-Israel relationship, and the commitment to making progress toward a two-state solution. I think those are consensus positions among Democrats. I think they’re broadly supported in the American Jewish community, and I think in the American public at large. And so I very much look forward to the next administration making good on those commitments. And if I can be helpful to candidates or to the administration that is trying to strengthen our relationship with Israel, strengthen Israel security and pursue a two-state solution — or at least keep it alive and viable — I will certainly do so.

JI: Are you advising or supporting any specific candidate?

Shapiro: I have not committed to any individual candidate and I am in touch with and provide support and advice as requested by a number of players in the 2020 field, as well as to members of Congress. I try to remain active and helpful to the leaders in my party.

JI: What are the most important things you are looking at when determining who could become the Democratic nominee next year?

Shapiro: I think for Democratic primary voters, the overwhelming priority is a candidate who can win. There is a consensus among Democrats that the Trump presidency is doing extraordinary damage to our country, to its values and its institutions, and its international standing, and it’s absolutely imperative that he’d be limited to one term. And so I think the search for a nominee, including in these debates, is less about their positions on specific issues, because many of them have very similar positions on a lot of issues, but much more about who’s going to provide the compelling energizing vision that will motivate Democratic base voters, as well as appeal to swing voters, in a way President Obama did in 2008.

I think there’s more than one candidate in the field who’s capable of that. But the moment of determining who will actually carry that torch in the key period leading up to the beginning of the primary voting is not yet clear. I think there are several very strong candidates in the race who have the potential to be that nominee.