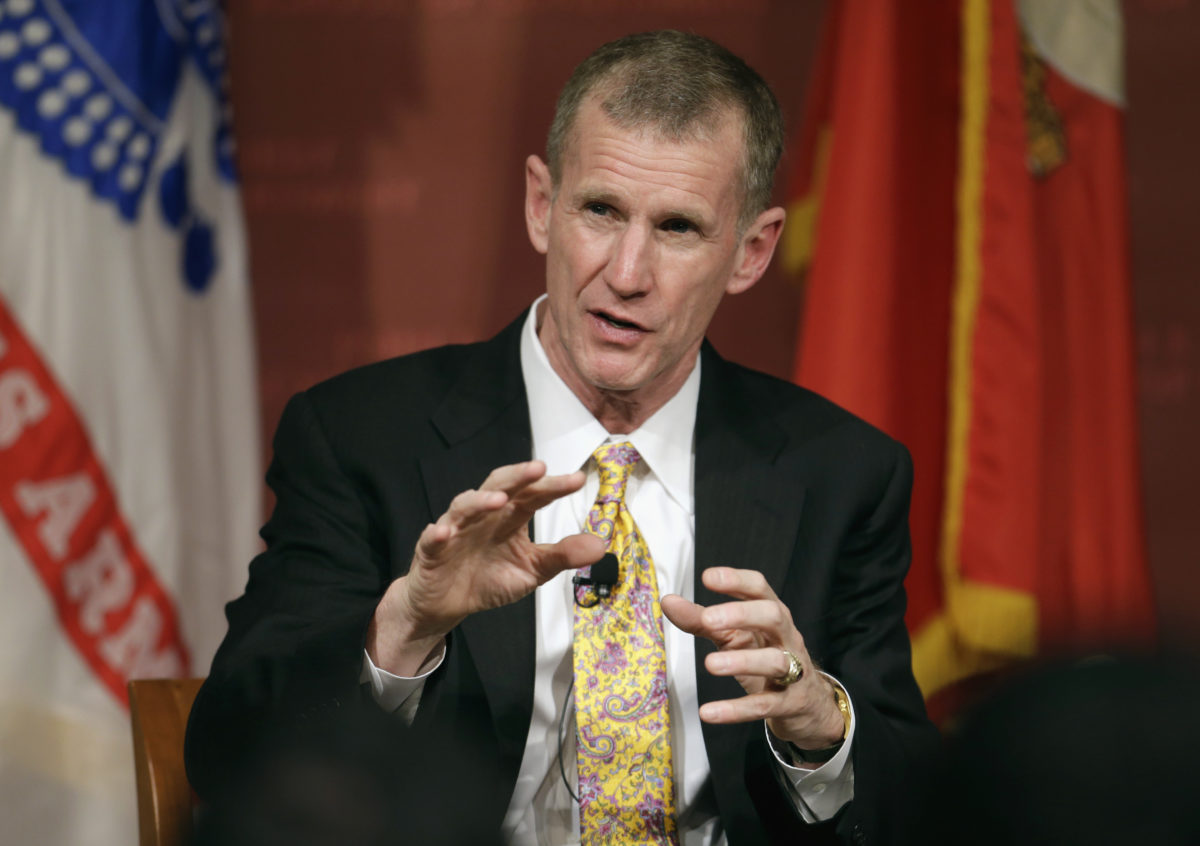 Retired U.S. Army Gen. Stanley McChrystal speaks during a forum called "Ask What You Can Do For America's Veterans" at the John F. Kennedy School of Government at Harvard University, in Cambridge, Mass., Monday, March 11, 2013.

The endorsement came in a joint interview on Thursday with MSNBC’s Andrea Mitchell only one day after Moulton yet again failed to qualify for a presidential primary debate.

The retired general said that he has known Moulton for years and that the endorsement was “as much personal as political,” but insisted that the three-term congressman would make the best president.

During the interview, Moulton touted the endorsement from “one of the greatest Americans that he has ever known,” and dismissed the fact that he would be yet again excluded from a primary debate. The first two debates required candidates to either reach 1% in three different polls that met the Democratic National Committee’s standards or to have 65,000 unique donors to qualify. Moulton was unable to hit either mark.

McChrystal led U.S. efforts in Afghanistan from 2009-2010 before resigning after making negative comments about the Obama administration in an interview with Rolling Stone. Prior to that, the 35-year-veteran led the Joint Special Operations Command, which oversees elite combat units like Delta Force and Seal Team 6.Moulton has emphasized his foreign policy experience in his campaign. The three-term congressman is a former Marine captain who won a Bronze Star Medal while serving in Iraq.