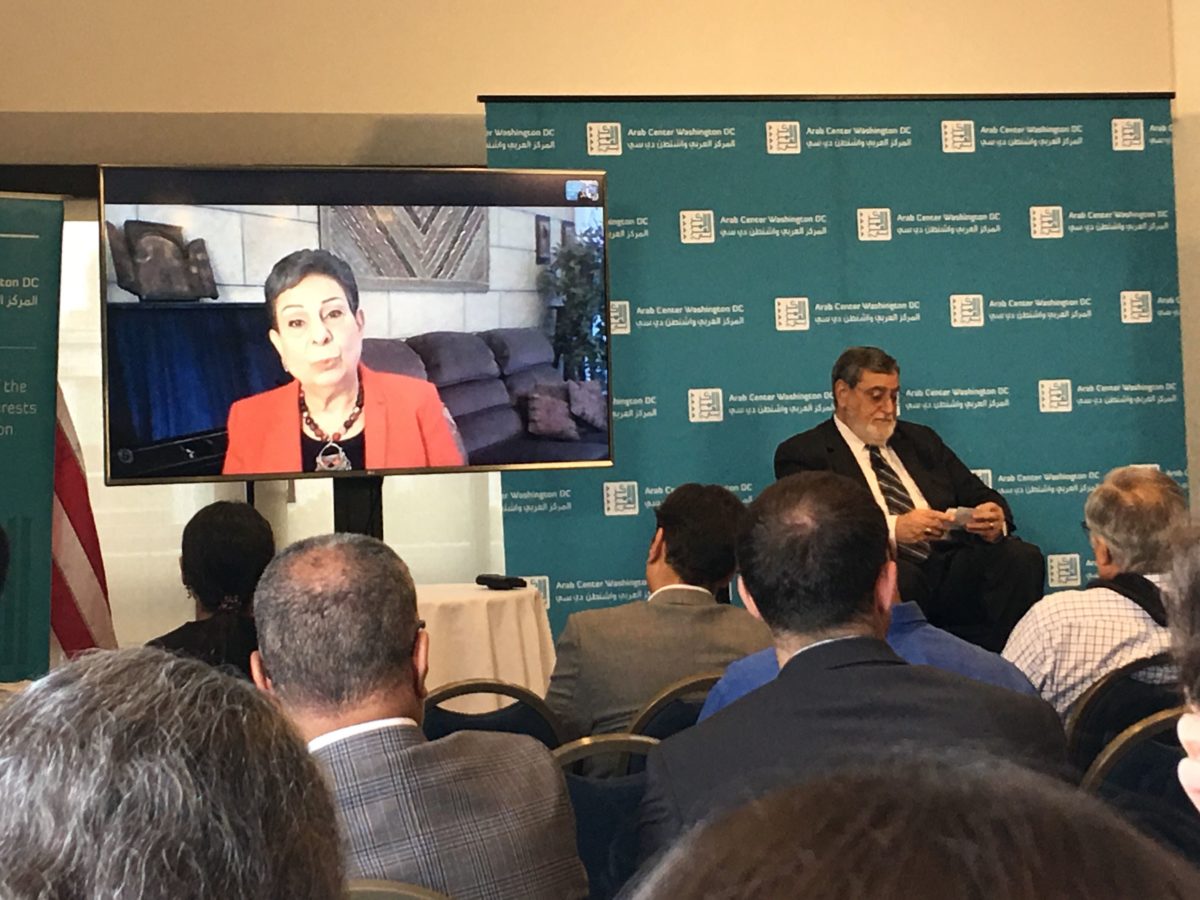 Senior Palestinian official Hanan Ashrawi said Tuesday she is encouraged by Democratic politicians speaking up for Palestinians and against Israeli Prime Minister Netanyahu as an important step.

“People who are running for office now are beginning to understand that they are going to be judged, not by how much money they take from AIPAC, that’s not the issue, but by what kind of position they have, vis-a-vis issues that are important to their electorate – and their electorate is now becoming… more aware of the Palestinian question and it has become a test for many people,” she said.

“It’s not just Rashida [Tlaib] and Ilhan [Omar] and so on who raise the issue — but Bernie Sanders in the last election spoke up, and before that there were others. But now it is becoming, I don’t want to say critical mass, but there is sort of greater confluence of voices approaching from different angles, but understanding they need to stop the excesses of the Israeli occupation and the need to bring justice to the Palestinian people as a right.”

Ashrawi was invited by the Arab Center Washington D.C. to discuss the upcoming Bahrain economic “workshop” for Palestinian investment. She said she was denied a visa to come to the U.S. and attend the panel in person, which she labeled “petty and vindictive.”

Ashrawi called the Trump administration’s recognition of Jerusalem as Israel’s capital, of the Golan Heights as Israel’s, and the cutting off of aid to and relations with the Palestinian Authority, the implementation of Jared Kushner’s peace plan.

“To many people [the deal] is fictitious, but to the Palestinians we see what is happening on the ground. When you see the unilateral steps that were taken to prejudge all the real issues, what is left? What is left is to fight these steps, is to undo the steps,” she said.

She also argued that a new American administration would be need to roll back steps taken byPresident Trump in order to bring the Palestinians back to the negotiating table.

A senior member of the Palestine Liberation Organization executive committee, Ashrawi also served as a negotiator during the 1990s leading up to the signing of the Oslo Peace Accords. On Tuesday, she rejected direct negotiations with Israelis, calling them a “technical means” with no real value, and instead proposed an international conference “to hold Israel accountable to international law.”

“We have proposed that we should have an international conference, because we cannot have direct bilateral negotiations between Palestinians and Israelis on the basis of control,” she said.

“The international community is responsible, it must engage in a way as to implement its own laws and its own decisions. It’s not enough for us for people to keep saying, no we still maintain this two-state solution, east Jerusalem capital, and so on and so on — it’s not enough.”