The futurist talks bettering society for the next generation, the Longpath mindset and his new book 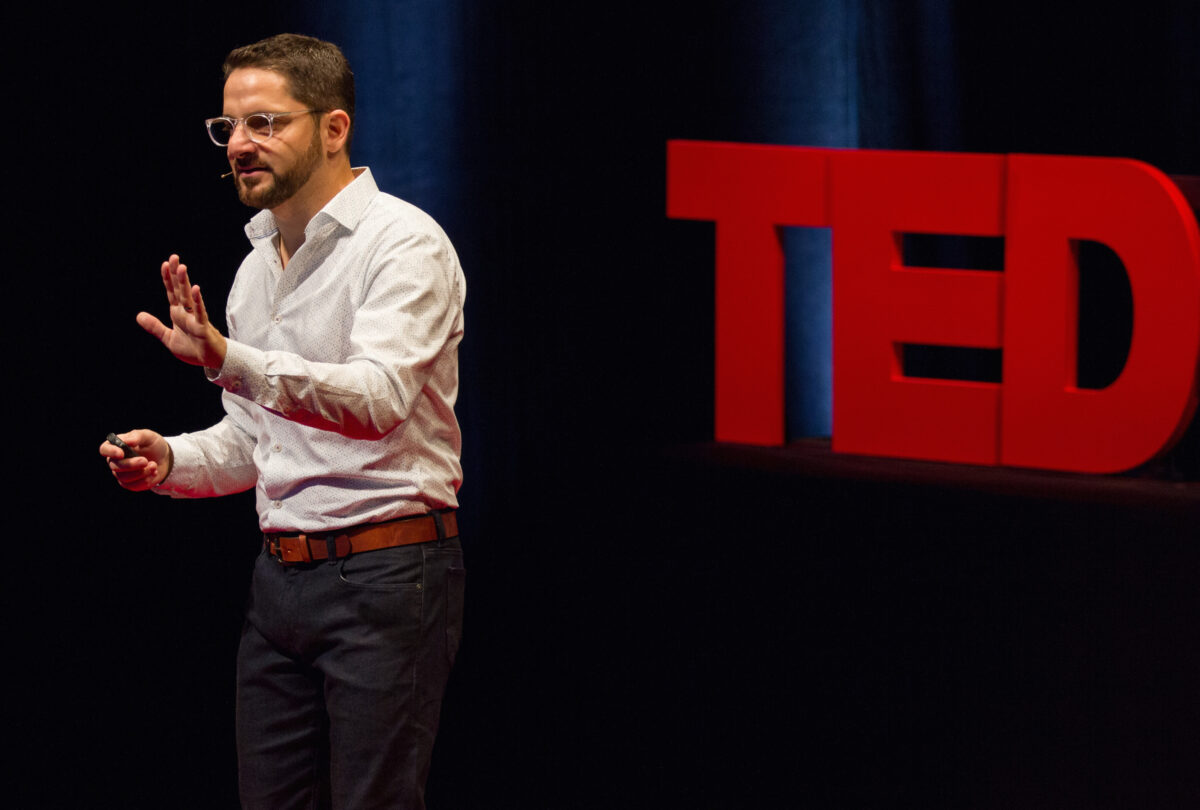 Ari Wallach isn’t keen on being called a “futurist,” at least not in the typical sense. While most futurists spend their time using current trends to predict possible outcomes down the road, Wallach is more interested in individuals and helping them figure out what it is they want to see happen.

Wallach is the founder and executive director of Longpath Labs, an initiative aimed at redirecting our tendency toward instant gratification and short-term decision-making, to a mindset that considers which actions would best help society in the long term. He is also the author of a new book, Longpath: Becoming the Great Ancestors Our Future Needs, which came out in August.

“It’s really thinking very seriously and critically about what your kind of long-term vision and goal is…in a way that transcends your own lifespan,” Wallach, 48, explained on this week’s episode of Jewish Insider’s “Limited Liability Podcast.” “So we use the term ‘futuring’ and ‘futurism’ or ‘applied futurist,’ to move away from kind of the crystal ball way thinking about it and more about how we help people prepare.”

In a discussion with co-hosts Rich Goldberg and Jarrod Bernstein, Wallach delved into the nature of futurism and how his long-view philosophy may be suited to the current political and cultural moment.

The Longpath mindset and Judaism: “We’re kind of in this intertidal moment. Intertidal, in oceanography terms, is that space between high and low tide, and so you can think of it almost like an interregnum, as kind of an in-between place. As a kind of historian, anthropologist, when I stepped back and I said, ‘Look, the last massive intertidal was obviously hunter/gatherer to, you know, the agricultural revolution, when we kind of really shifted — and that’s where we have the creation of monomyths and God and all sorts of interesting social technologies — we’re going through something like that right now.’ The narratives that we use to run a society, especially in the West, in many ways are collapsing. You actually see that play out in day-to-day politics in the U.S., in terms of people’s trust in institutions, writ large. So in this intertidal moment, I’m arguing that we need to have a different kind of mindset. And within, kind of embedded as the core principle of the long path mindset, is we have to look very closely at who we are as individuals, like actual Rich, actual Jarrod, actual Ari, and what are the narratives that made us who we are and how we act and behave with those around us, and how can we become more self-aware so that we can do what we do as humans better in a more ethical and moral stance? I know what you guys are thinking, ‘this sounds very familiar; this sounds a lot like Judaism.’ You’re right.

“This Longpath, this mindset, it comes alive. It’s very much coming from my wisdom tradition, known as, you know, Judaism, but if we step back and we see Judaism as a kind of social technology, the things that in many ways are created by humans to help us move better and, you know, adapt better to the world as it is, I’m taking what works for me in the thinking and the underlying kind of ontology and truths and maxims of Judaism, and incorporating them in kind of a secular way to allow people to navigate the intertidal better.”

On his new book: “This book is not a self-help book in any way, shape or form, but it is a book and it is an idea and a mindset to help people make sense of the moment that we’re in. I think of Longpath, the mindset, as a kind of social technology, as a way of kind of moving through this moment that allows you to move through it more successfully. And most importantly, you know, the subtitle is Longpath: Becoming the Great Ancestors Our Future Needs. If you use this mindset and this way of thinking and seeing the world and behaving and acting in the world, what that leads to, is allowing us to move from like ‘eh, meh’ maybe making it through this moment, to actually helping shape the future in a way that several generations, hundreds of generations from now, there’ll be able to look back and say, ‘Wow, those were great ancestors. They did the things that we needed done to help us get to a moment of flourishing.’”

On society being in an intertidal moment and what that means: “In this intertidal, it doesn’t necessarily mean all things are failing, right? We’re moving into this, especially vis-à-vis the China model, I am not sure that the jury is out that the Western American- led democratic order is fully up to the challenge of what we’re going to be facing, just in terms of climate change, let alone job and identity dislocation caused by AI, machine learning, and then throw biotechnology into there and it gets even more crazy. And so I look at what we’ll call the ‘China model’ of governance, or lack thereof in some ways, and the surveillance state and the giving up of certain civil liberties in exchange for stability, and that is a model that is going to become increasingly attractive globally. And we’re already seeing that, whether it’s top-down driven by autocrats and nations, you know, along [the lines of the] Belt and Road Initiative, or whether it’s just people saying, ‘I’d rather have a China model than let’s say, ongoing January 6th in perpetuity.’ Look at the yellow vests in Europe and this connected to climate change and fuel prices, what [French President Emmanuel] Macron was trying to do — to me is all — there’s a global intertidal. It just looks slightly different.”

Favorite Yiddish word or phrase: “Schlep…it’s this idea, it’s like, you do what you got to do, right? And it’s gonna suck, but you gotta do it.”

Most inspiring historical figure: “Buckminster Fuller, who came up with the geodesic dome and this idea of a Trimtab…why he was a kind of favorite that I look up to, is he was never afraid of speaking truth to a situation if he thought it would be in service of future generations and their ability to flourish, regardless of whatever, whoever he was talking to. And he would always do it in a way that was non-threatening and not meant to make anyone feel bad, but to help them see the bigger ethical, moral picture.”