The D.C. museum marked the 75th anniversary of the Auschwitz-Birkenau State Museum 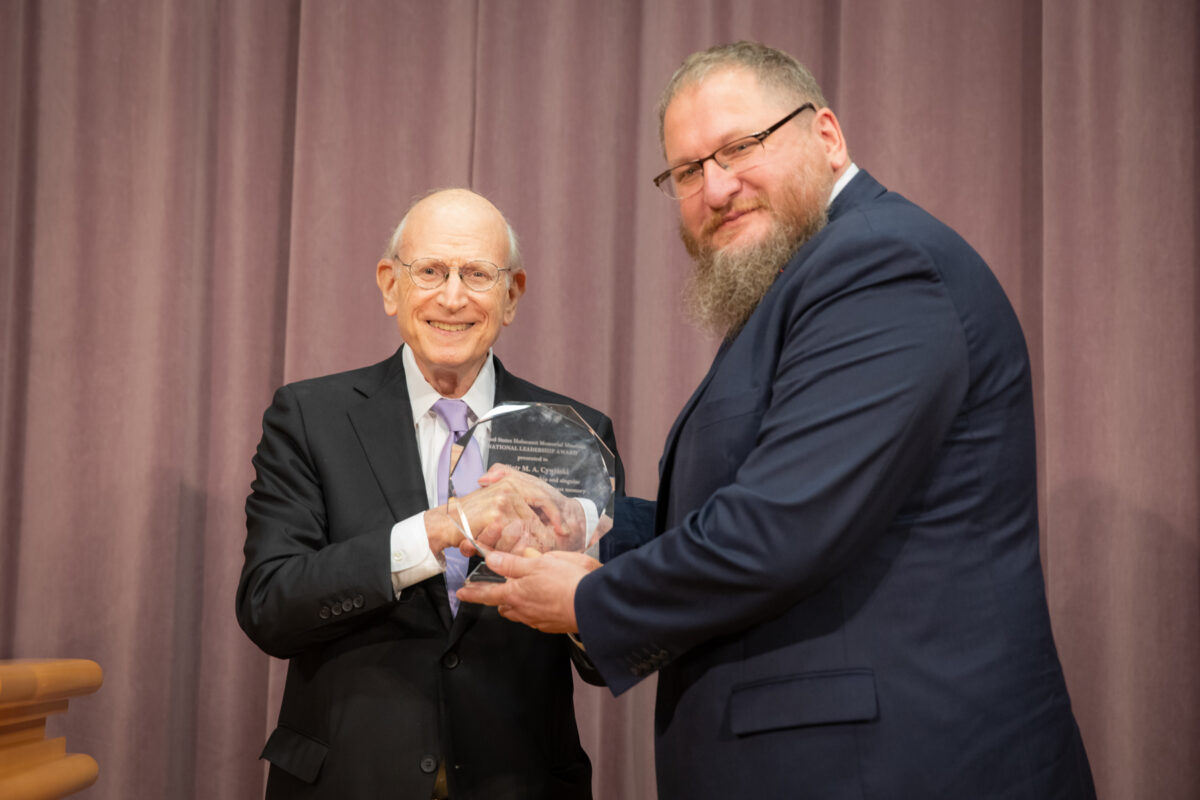 The U.S. Holocaust Memorial Museum in Washington, D.C., presented its National Leadership Award to the director of the Auschwitz-Birkenau State Museum, Dr. Piotr Cywiński, in a ceremony on Wednesday commemorating the historic site’s 75th anniversary.

The event, held at the State Department’s Marshall Center, featured remarks from Karen Donfried, the assistant secretary of state for European and Eurasian Affairs; Adam Krzywosądzki, the deputy head of Poland’s mission in Washington; Stuart Eizenstat, the State Department’s special adviser on Holocaust Issues, who chairs the U.S. Holocaust Memorial Council; Sara Bloomfield, director of the USHMM; and Cywiński.

The Auschwitz-Birkenau State Museum in Poland opened to the public in 1947 on the grounds of the Auschwitz death camp two years after the end of World War II, following a debate among Holocaust survivors about the fate of the camp.

Cywiński, who holds a doctorate in history, has directed the Auschwitz-Birkenau State Museum since 2006.

Eizenstat explained to Jewish Insider that Cywiński “created a new educational center, he’s kept the preservation of things like the barracks, which would otherwise have deteriorated, he had built up the visitorship to over 2 million a year before COVID, and he’s been a fantastic partner of the U.S. Holocaust Memorial Museum.”

The Auschwitz-Birkenau State Museum collaborates closely with the USHMM on teaching about the history of the Holocaust.

“We share research, we do conferences together, we share artifacts, we loan to each other various artifacts [and] our staffs learn from each other different ways of museology,” Bloomfield told JI, referring to the study of museums.

The ceremony, which was attended by about 50 people, included a discussion between Cywiński and Bloomfield about the site’s history and importance.

He also discussed a recent Russian propaganda effort that digitally doctored photos of Auschwitz to include anti-Russian graffiti on the walls, noting that the bulk of visitors to the camp hail from Europe, North America, Israel and the Far East, especially South Korea.