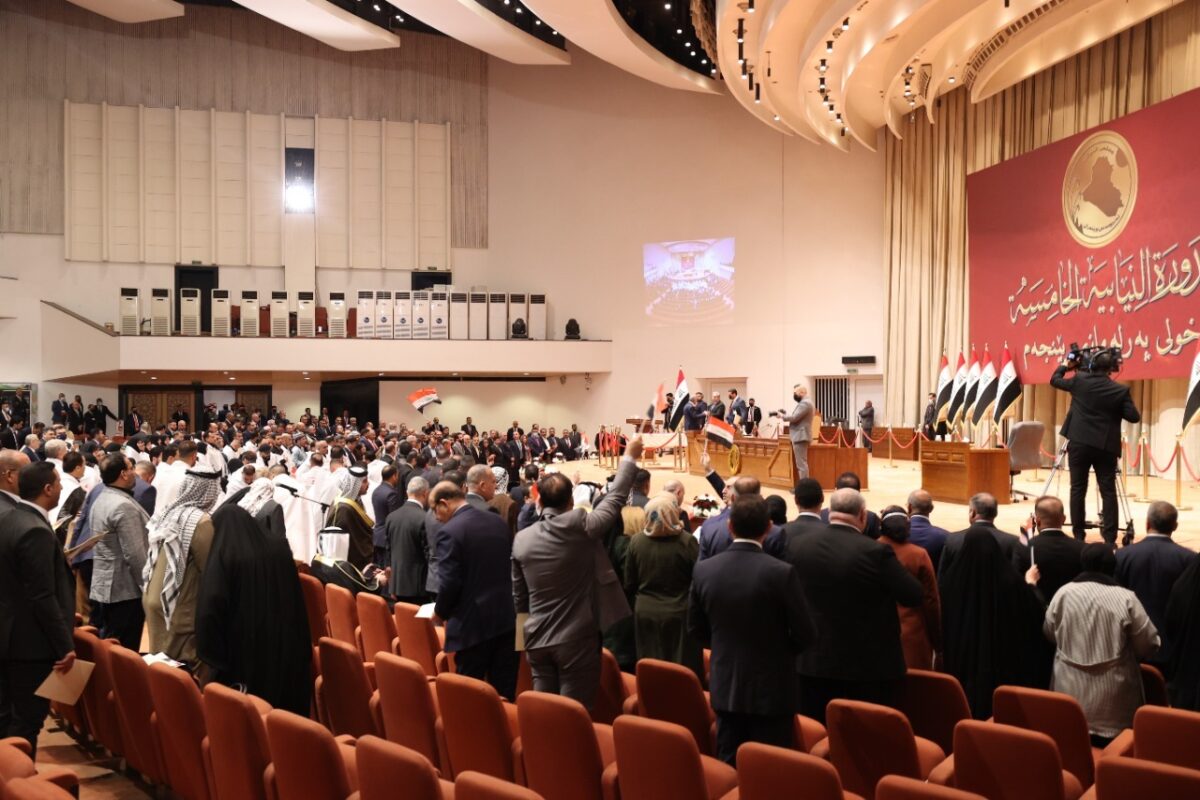 The plenary session of Iraq's new parliament held on January 09, 2022 in Baghdad, Iraq.

In a letter sent to President Joe Biden on Tuesday ahead of his trip to Israel and Saudi Arabia, which begins tomorrow in Jerusalem, a bipartisan group of 24 House and Senate lawmakers urged the president to make clear U.S. opposition to Iraq’s recently passed law outlawing relations with Israel during his visit.

Baghdad passed a law earlier this year that makes normalization with Israel punishable by death, a move that was condemned by the State Department.

“Iraq is an important and valued security partner. Nevertheless, this law jeopardizes freedom of expression, promotes an environment of antisemitism, and could deter other states that have yet to normalize relations with Israel,” the letter reads. “As you embark on travel to the Middle East later this month, we respectfully encourage you to raise Iraq’s anti-normalization law during your visits with foreign leaders and make clear the United States’ resolute condemnation.”

In addition to condemning the Iraqi law, the letter lauds the Abraham Accords and the “boundless” possibilities for the future.

The lawmakers write that they “support [Biden’s] efforts during your trip to strengthen the existing Abraham Accords agreements and expand the agreements to additional countries. We appreciate your continued support of efforts that advance peace in the Middle East and hope you will place continued normalization of relations with Israel at the forefront of your agenda this month.”

Rosen told JI, “President Biden’s upcoming visit to the Middle East is an opportunity to build on the historic success of the Abraham Accords,” adding, “My colleagues and I are urging President Biden to prioritize the expansion of the Abraham Accords and push back against efforts to undermine regional cooperation and diplomacy, like the recently enacted Iraqi law that criminalizes normalization with Israel.”