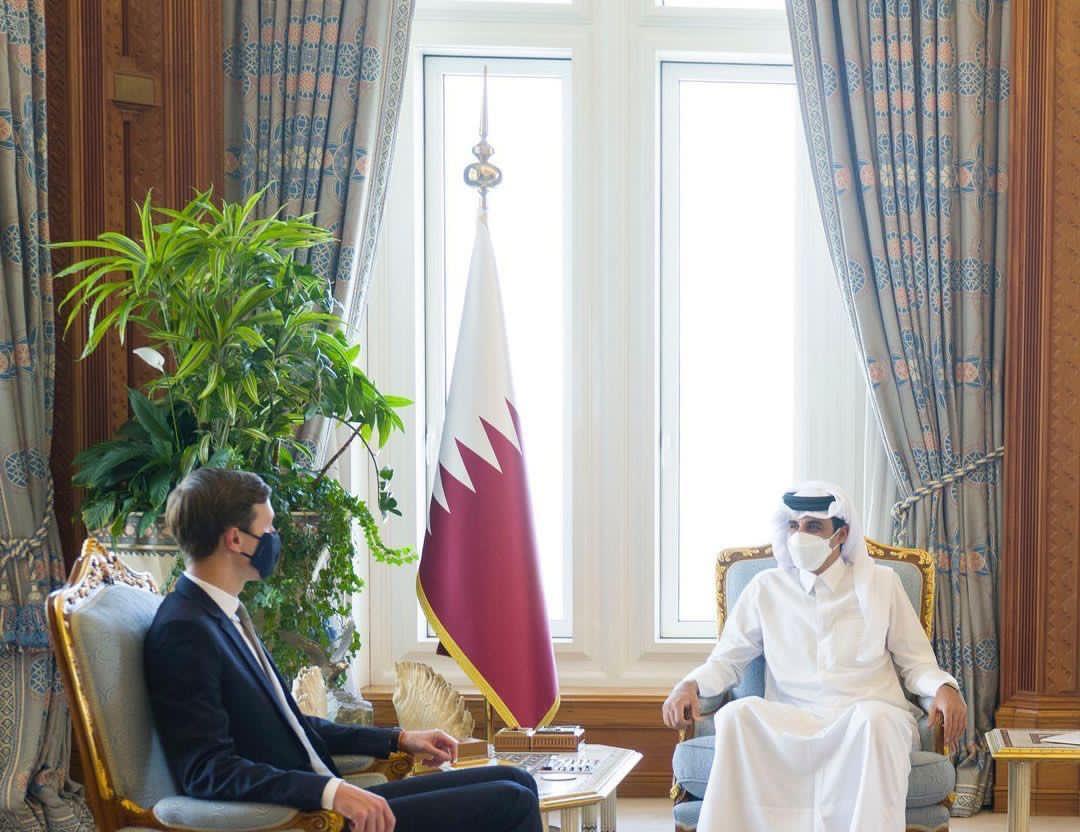 As Israel builds ties with Arab nations in the Middle East, talk in Washington and Jerusalem has centered around what country will next join the Abraham Accords. One Gulf nation is rarely considered, given its ties to Hamas and strong alignment with the Palestinian cause: Qatar.

But Qatar’s emir, Tamim bin Hamad Al Thani, said in 2020 that he is open to normalizing ties with Israel, according to an excerpt from Jared Kushner’s new book, Breaking History: A White House Memoir, that was obtained by Jewish Insider. The book will be published on Aug. 23.

“Tamim expressed openness to doing so at the right time,” Kushner wrote, recalling a 2020 meeting in which the Qatari leader cited “the many areas where Qatar was cooperating constructively with Israel.”

A key obstacle, according to Kushner, was that at the time, Qatar and Saudi Arabia remained locked in a three-year-long diplomatic standoff, which Saudi Arabia and its ally the United Arab Emirates claimed was due to Qatar’s support for terrorism. In Kushner’s telling, Al Thani “wanted to solve the blockade with Saudi Arabia first,” before pursuing relations with Israel.

The diplomatic rift ended in early 2021, but neither Qatar nor Saudi Arabia has pursued an official relationship with Israel. Saudi leaders have since said they hope to do so at some point, when the Israeli-Palestinian issue is resolved. The two countries have taken small steps in recent weeks: They agreed to a deal over contested islands in the Red Sea, and Saudi Arabia agreed to allow all Israeli flights to fly through Saudi airspace.

Kushner was in Qatar in September 2020 following a whirlwind tour of the Gulf, which began with an El Al flight from Tel Aviv to Abu Dhabi to celebrate the start of commercial travel between Israel and the United Arab Emirates. He then visited Bahrain, followed by Saudi Arabia, where Kushner said he convinced Saudi Crown Prince Mohammed bin Salman (known as MBS) to speak to Al Thani.

Like Al Thani, MBS told Kushner that normalization with Israel had to wait until he could “resolve the rift with Qatar” and until “progress could first be made with the Palestinians,” wrote Kushner. “As we discussed the peace deal with the UAE, I sensed from his tone that MBS was impressed by our progress.”

At the end of the meeting, recalls Kushner, he told MBS that his next stop was to Qatar. When MBS explained that he had a proposal to send to the Qataris, Kushner said he offered to bring it himself, and asked MBS if he would be open to talking to Al Thani. “Without hesitation, MBS indicated that he would,” wrote Kushner.

During his meeting with Al Thani, Kushner asked if he would talk to MBS, and when Al Thani said he might, Kushner got the crown prince on the phone. The two Gulf leaders then spoke for 10 minutes in Arabic, after which, according to Kushner, Al Thani “gave me his full support for us to try to resolve the conflict.”

In January 2021, when the two countries officially ended the rift, Kuwait and Kushner both claimed credit for brokering the Saudi-Qatar line of communication.

But in February 2022, Qatar’s foreign minister signaled that normalization with Israel was not a possibility.

Qatar’s “working relationship” with Israel on certain Palestinian issues, like aid to Gaza, will continue, said the foreign minister,  Sheikh Mohammed bin Abdulrahman Al Thani, but normalization could not happen “in the absence of a real commitment to a two-state solution.”