What Joe Biden told donors at a J Street fundraiser 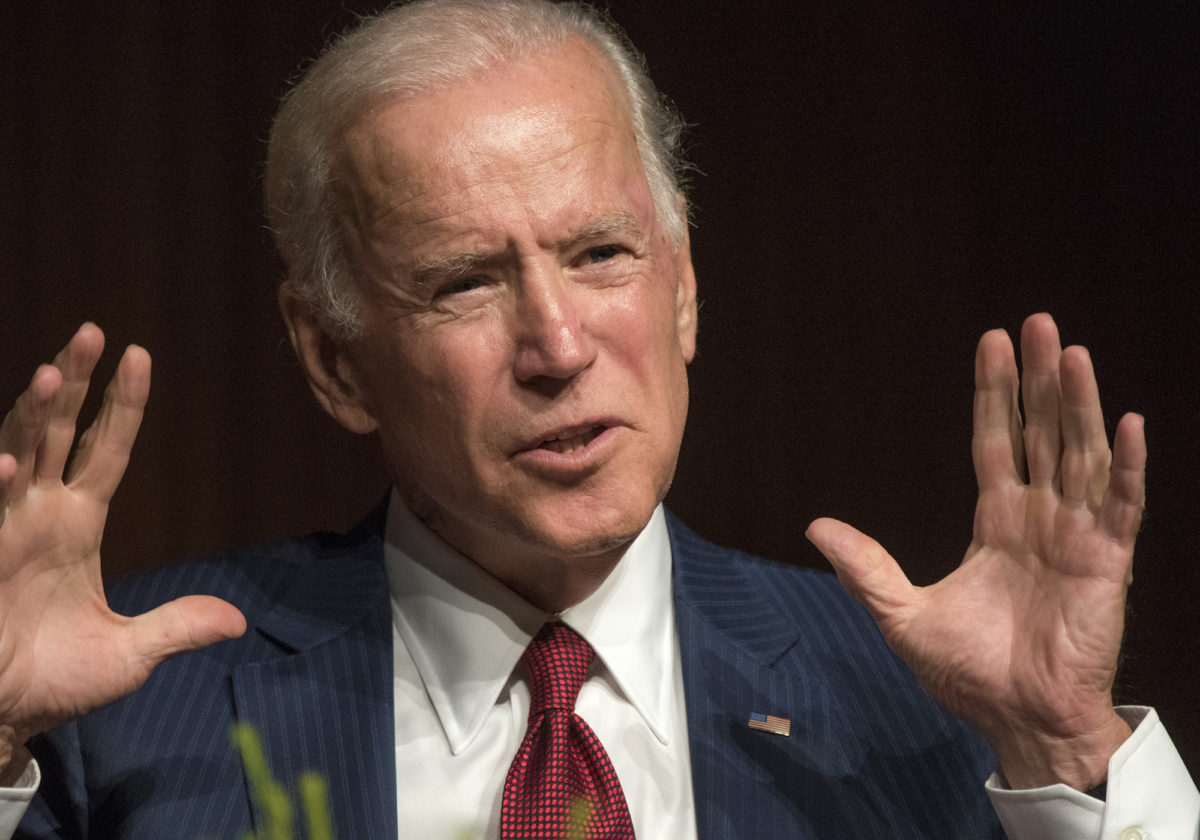 In his remarks, obtained by Jewish Insider, Biden said that while “it’s a good thing” that Israeli Prime Minister Benjamin Netanyahu’s plan to annex parts of the West Bank is “off the table for now,” — with the announcement of the U.S. brokered Israel-United Arab Emirates normalization deal — “I don’t know how much is off the table in terms of Netanyahu’s notions.”

Biden told the group that he assumes “Netanyahu knows and the Israelis know my position” on the matter. “I’ve made clear that I’m going to oppose annexation as president,” he said. “A two-state solution is the only way to ensure Israel’s long-term security while sustaining its Jewish and democratic identity. I don’t know how they do it without a two-state solution. And it’s also the only way to ensure Palestinian rights to a state of their own.”

The Democratic nominee remarked that “Trump has put Israel in danger by tearing up the Iran nuclear deal” and “has undermined the stability of self-determination for the Palestinians, undercutting hope for a viable two-state solution any chance that he gets.”

Regarding the 2015 nuclear deal with Iran, Biden said, “Like everything else he’s inherited in life, Trump squandered what we left him. So we have to pick up the pieces, and it’s going to be hard. I’ve said that if Iran returns to compliance I will reenter the deal with Iran, and I will move to do that. I’ll work with our allies to make it longer and stronger.” Biden noted that even though Netanyahu was a vocal opponent of the deal, “a lot of the Israeli military supported the agreement.”

Ben Shnider, vice president of political affairs and strategy at J Street, told JI it was “thrilling” for the group to host the former vice president as he “laid out an inspiring vision for how his administration will act to seriously pursue Israeli-Palestinian peace, reverse the terrible damage that Donald Trump has done to our foreign policy and defeat the forces of white nationalist bigotry that pose such a tremendous threat to the American Jewish community.”

According to the group, J Street’s PAC has raised over $2 million for the Biden campaign, and over $5 million for congressional races.