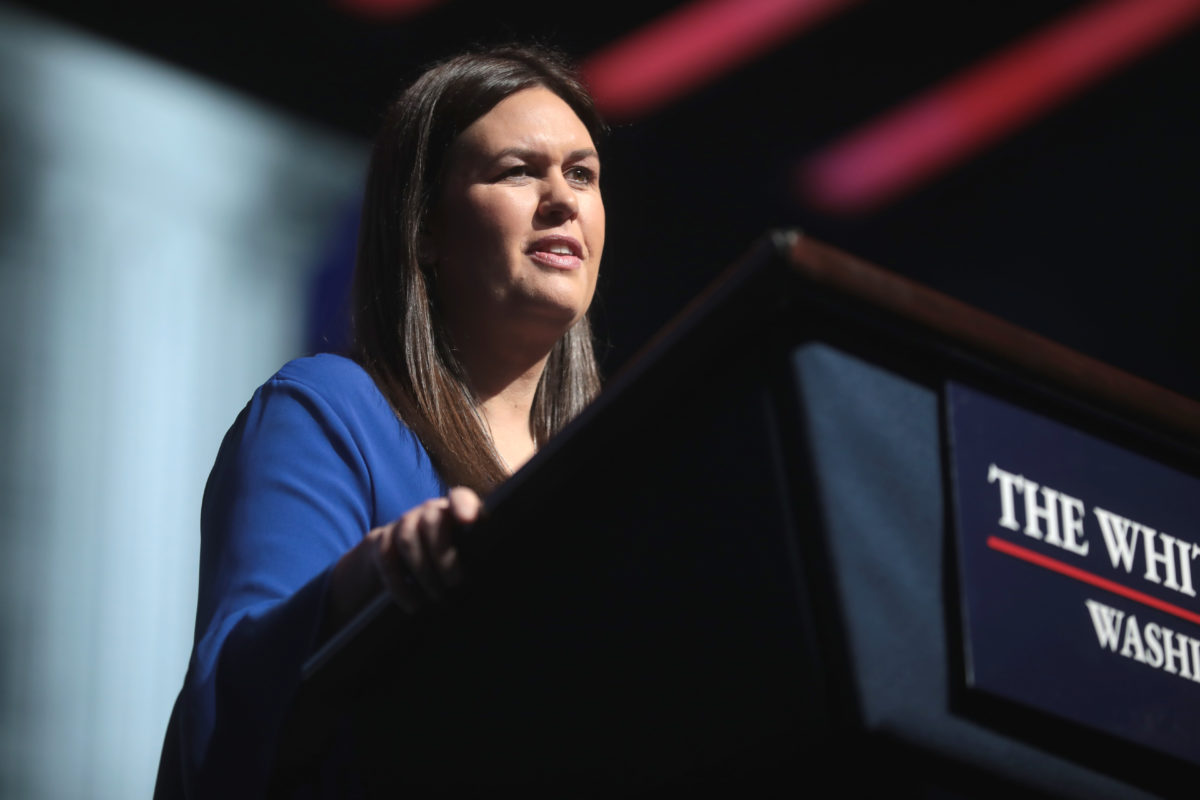 In Sarah Huckabee Sanders’s new book, Speaking for Myself: Faith, Freedom, and the Fight of Our Lives Inside the Trump White House, the former White House press secretary describes her relationship with her former colleague Josh Raffel, whose White House communications responsibilities included the Israeli-Palestinian file.

“Josh and I hadn’t known each other before starting in the White House. He was a liberal, aggressive, foulmouthed Jew from New York City who had spent most of his career working in Hollywood. I was pretty much his total opposite,” Sanders writes in the book, obtained by Jewish Insider, in a chapter detailing what happened behind the scenes of President Donald Trump’s first visit to Saudi Arabia in 2017.

Raffel, who also served as a spokesperson for Jared Kushner and Ivanka Trump, was senior vice president at Hiltzik Strategies and head of public relations at Blumhouse Productions before joining the Trump administration in 2017. He left the White House in the spring of 2018.

Sanders writes that “despite our differences, I had grown to love Josh. He is one of the funniest people I know, intensely loyal, and probably the most talented communications strategist I’ve ever worked with. Nobody in the White House could work a story better than Josh, and he was always one of the first colleagues I turned to for help on the toughest assignments.”

Raffel told JI that Sanders “is a close friend.”

In the book, Sanders also describes her close relationship with Ivanka. “When I was home sick with strep throat and high fever Ivanka had matzo ball soup sent over from her favorite deli,” she writes.