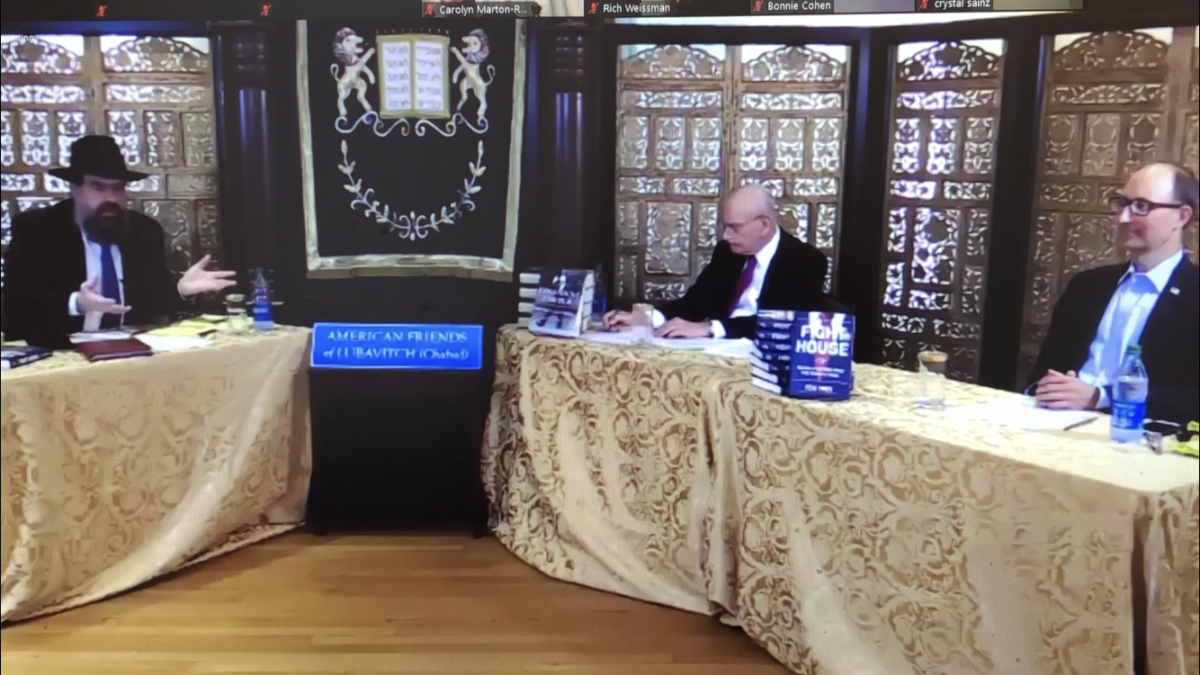 Stuart “Stu” Eizenstat, one of former President Jimmy Carter’s closest aides, and Tevi Troy, who served as a senior aide to President George W. Bush, discussed their experiences during a conversation on Thursday with Rabbi Levi Shemtov, executive vice president of the American Friends of Lubavitch (Chabad) in Washington, D.C.

Carter’s Seder: “Only a few weeks after [Carter] brokered the Israel-Egypt peace treaty, we had a Passover Seder with the president and the first lady, and my parents and family,” Eizenstat, author of President Carter: The White House Years, recalled. “He sat through the whole Seder, and how moving it was to go through the Haggadah about the Jews leaving as slaves from Egypt — and here’s the president that helped negotiate the agreement between Israel and Egypt. One very funny incident at the Seder, when it came time to let the prophet [Elijah] in, I [went] to the front door and the Secret Service [agent] jumps on me and says, ‘You can’t do that. We’ve secured the house for the president.’ I had to negotiate to have the back door open. It was the only time the prophet came through the back door.”

A party to remember: Troy, author of Fight House: Rivalries in the White House from Truman to Trump, highlighted how the White House Hanukkah party under Bush became “the absolute hottest ticket in town.” Troy quipped that once the guests got into the White House reception, “that was the place they wanted to stay and not depart from.” Troy said that Josh Bolten, Bush’s chief of staff in his second term, once joked that “the Jews are so persistent in staying at the parties, even beyond the time that the party was scheduled for, that he was once afraid that the military aides were going to have to unsheath their ceremonial weapons to encourage the guests out from the Hanukkah party.” Troy, who was sitting in at the senior staff meeting, spoke up and said it reminded him of the old joke, “Gentiles leave without saying goodbye; Jews say goodbye and they never leave.” Troy said that White House senior strategist Karl Rove “howled with laughter at that joke” and later requested Troy write it down for him so he got it exactly right in the future.

Recipe for success: Both Eizenstat and Troy noted that in order to have an impact on policy, White House Jewish liaisons shouldn’t come with an agenda to serve just the Jewish community’s interests. “If you have the confidence of the president, and the recommendations you make come from Jewish values and Jewish backgrounds that can be fitting into the president’s agenda and philosophy, then you can have an impact,” Eizenstat said.