Democrats take aim at a red district in Indiana 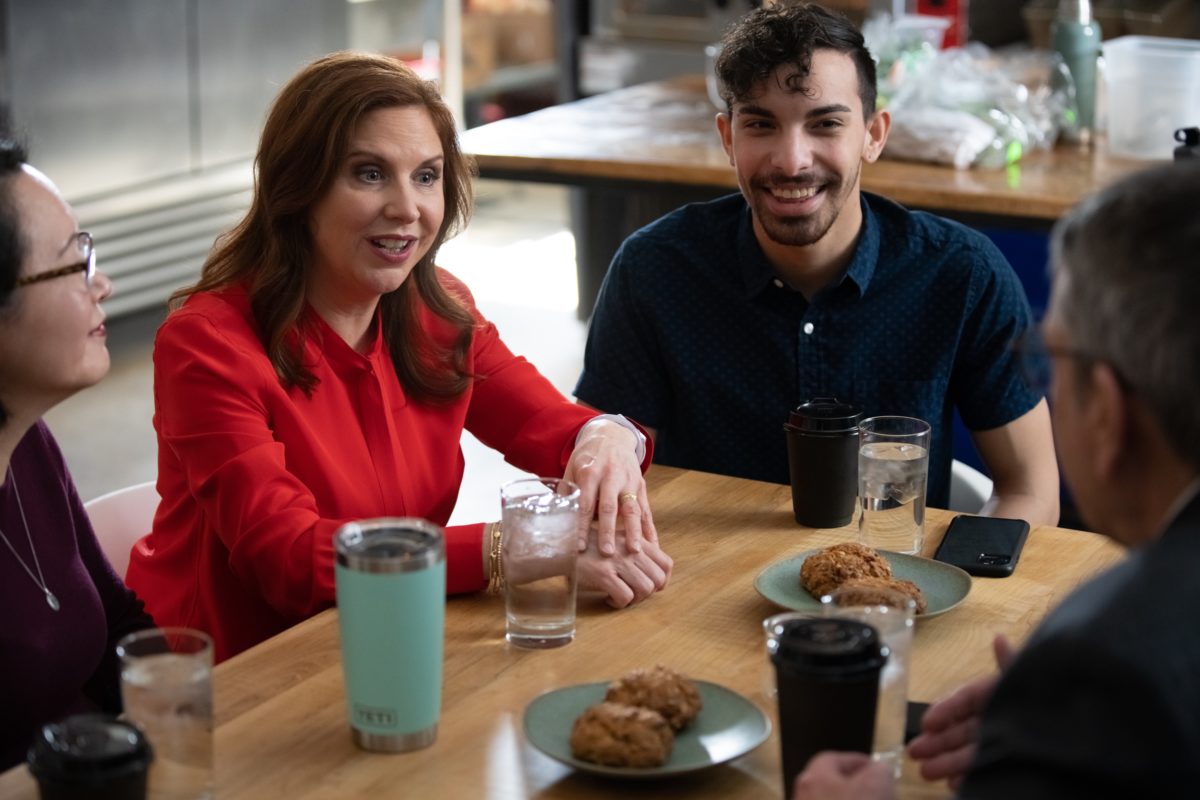 The area that makes up Indiana’s 5th congressional district has been represented by Republicans for nearly six decades. But with the retirement of Rep. Susan Brooks (R-IN), the district is now in play, and Democrats are determined to pick up the seat come November.

The Democratic Congressional Campaign Committee has thrown its weight behind former State Rep. Christina Hale, including her on its list of “Red to Blue” districts they hope to flip — and backing her in Tuesday’s Democratic primary over former Xerox executive Dee Thornton, who was the party’s nominee in 2018.

Hale is no stranger to close races. In each of her two State House races, she won by margins of less than 500 votes. Her life, as she explains it to Jewish Insider, has been a series of overcoming seemingly insurmountable challenges.

“My life did not turn out as I expected it to,” said Hale, a single mother who gave birth while in college. “My mom and dad sent me off to school and I thought I’d come home with some kind of diploma. And instead, I came home with this little baby boy.” But she did not let it prevent her from achieving her goals, and rising in the ranks to become a high-level executive with Kiwanis International.

She was able to finish college and start her career with the assistance of a local childcare group started by members of Sinai Temple, a congregation in Michigan City, IN.

“That inspired me to have a career about doing good things for people and paying it forward,” she said. Her difficulties as a young single mother — including sometimes being unable to afford health insurance — have also helped shape her priorities as a politician.

Thornton’s path has been markedly different. She attended the University of Louisville on a basketball scholarship as an early beneficiary of Title IX, which she told JI showed her how “good policy can… really change the trajectory of one’s life.” Her first job out of college was at Xerox, where she rose in the ranks over three decades before retiring in 2012. In 2018, she won the Democratic nomination for Congress but lost 57% to 43% against Brooks in the general election.

“I have seen the impact of competition, of a global economy, of balancing workforces,” she said of her time at Xerox. “And I also have experienced firsthand how important it is to have a workforce have representation that mirrors the community in which you serve.”

Thornton is hopeful that her continued outreach to the community since her 2018 loss, her efforts to build a network of advisors and experts and her focus on healthcare will help propel her to victory this year.

“My candidacy was resonating with the voters in the 5th district,” she said. “With a little more time, I think we could have probably made up that eight-point difference that we needed in order to flip the fifth in 2018.”

Both candidates touted their professional experiences — Hale in the State Assembly and Thornton at Xerox — as evidence they would be able to cross party lines to create change in Congress. Voters will be looking for those vowing to reach across the aisle, predicted Andrew Downs, a political science professor at Purdue University Fort Wayne. Downs told JI that Hale’s history of working with Republicans in the State Assembly “got a lot of people excited about her as a candidate.”

The spirit of bipartisanship will serve the next representative well, specifically on issues related to Israel. Indianapolis and its suburbs are home to a majority of the state’s 17,000-strong Jewish population.

Hale, who visited Israel on a 2018 trip for community leaders organized by the Indianapolis Jewish Community Relations Council, described the U.S. alliance with the Jewish state as “something that we have to absolutely protect not only for the interests of our country and Israel, but also to maintain world order.”

Hale said that her trip allowed her to “learn how complicated issues are” for the region and for individual Israelis and Palestinians. She backs a two-state solution, and told JI she would restore aid to the Palestinian Authority as “part of a broader project to restore stability and continue to work toward peaceful resolution.” During Hale’s final year as a state representative, the Indiana legislature unanimously passed anti-BDS legislation.

Lindsey Barton Mintz, executive director of the Indianapolis JCRC, said that the organization invites a variety of civic leaders from various sectors on trips to Israel. “[Hale], like everybody on the trip, left with a sense of how not just complex the region is, but also how rich the diversity is,” Barton Mintz told JI. “We want to convey why American Jews and why Jews in central Indiana have a connection to the State of Israel.”

Barton Mintz described Hale as “a very smart, very articulate, passionate advocate for a range of domestic and social justice causes,” but clarified that neither she nor the JCRC are permitted to endorse any candidate.

Thornton told JI that she supports a two-state solution. Speaking more broadly about U.S. foreign policy, she bemoaned what she called a lack of leadership, explaining that diplomacy should be the foundation of U.S. relationships with all countries, including Israel.

Hale’s popularity and name recognition in the state may prove insurmountable for Thornton on Tuesday. The former state legislator, it seems, has already set her sights on November. With more than half her war chest still intact, Hale appears poised for what will likely be another close race. With more than $1 million to spend, Hale has brought in more than every other candidate in the race from both parties, including Thornton, who has raised roughly $64,000.

Thornton has expressed frustration that the DCCC backed Hale before the primary election. “The DCCC’s decision to choose a specific candidate before the voters have their say appears to be motivated by an age-old Washington tradition: money,” she said in a February press release.

But Hale’s fundraising ability has helped drive her campaign forward. “Everybody seems to understand that the 5th district… is going to be a district that is going to take a lot of money in order to win it,” Downs told JI.

GOP front-runner Victoria Spartz, a state senator who emigrated to the U.S. from Ukraine, suspended her fundraising efforts at the start of the coronavirus pandemic and has poured $900,000 into her own campaign.

Spartz will face her own tough race on Tuesday, when she faces off against more than a dozen challengers also looking to fill Brooks’s seat.