The father of eight is believed to be the first Hasidic Jew confirmed by the Senate for a senior position in a U.S. administration 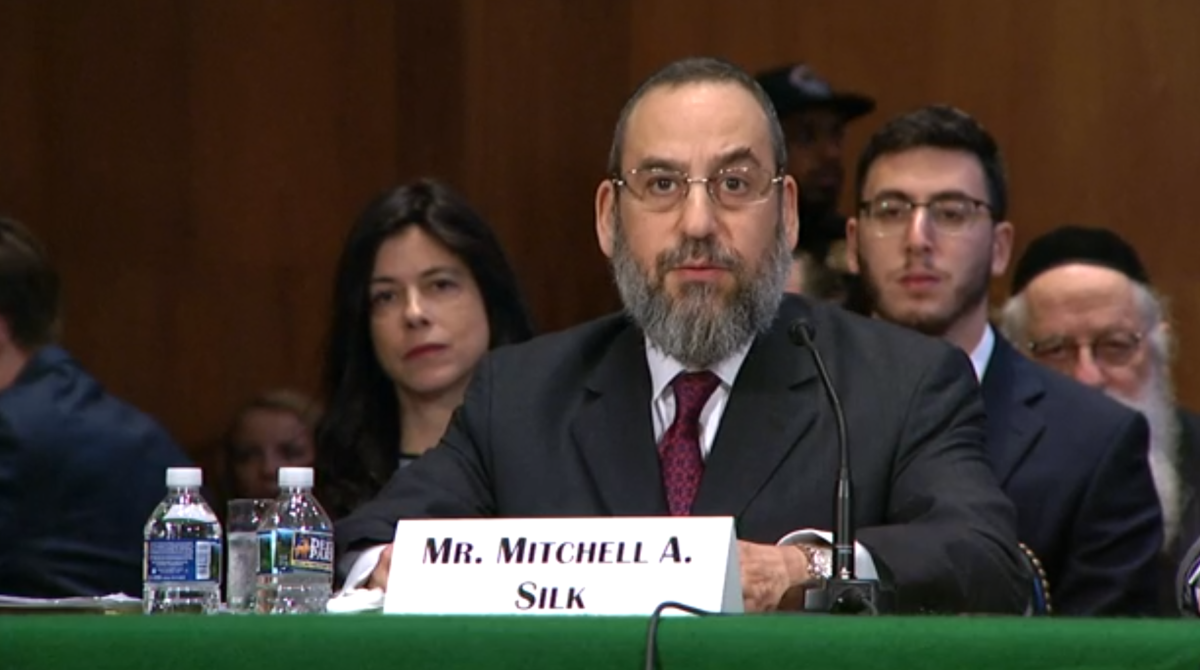 On Tuesday, the Senate confirmed — via voice vote — the nomination of Mitchell (Moyshe) Allen Silk as assistant secretary of the Treasury for international markets, a position he has held in an acting role since last July.

Background: Silk, a resident of the Borough Park neighborhood of Brooklyn, is a lawyer and expert in Chinese law and finance who is fluent in both Mandarin and Cantonese. Silk joined the Treasury Department in 2017 as a deputy assistant secretary for international affairs. Silk, a father of eight, is believed to be the first Hasidic Jew confirmed by the Senate for a senior position in a U.S. administration.

Here to serve: Silk told JI, “It is an honor to serve and I am looking forward to continuing to support the President and Secretary Mnuchin to pursue growth and stability in the international financial markets during this critical time for the country.”

Stamp of approval: Sen. Mike Crapo (R-ID), chairman of the Senate Committee on Banking, Housing, and Urban Affairs that considered the nomination, told Jewish Insider, “During his time at the Treasury Department, Mr. Silk has been a key voice on trade negotiations, energy and infrastructure finance, export credit and financial services. He is highly distinguished and well-qualified to serve as Assistant Secretary of the Treasury for International Markets.”

Go team: Treasury Secretary Steve Mnuchin congratulated Silk on his confirmation, tweeting: “I know he will continue to serve the [Treasury Department] and the nation well.”

Community ties: For more than 12 years, Silk served as chairman of Agudath Israel of America’s pro bono legal services. Assemblyman Simcha Eichenstein (D-Brooklyn) tweeted about his constituent: “You make Borough Park proud working to make a difference in the halls of government with honor and integrity.”

Personal touch: Rabbi A.D. Motzen, the national director of state relations for Agudath Israel of America, told JI that during his time with the organization, Silk’s “passion was helping those who could not speak for themselves,” and he would regularly get personally involved in cases. “Assistant Secretary Silk has earned the respect and admiration of all who know him and I am sure that he will continue to serve the United States with honor and distinction.”