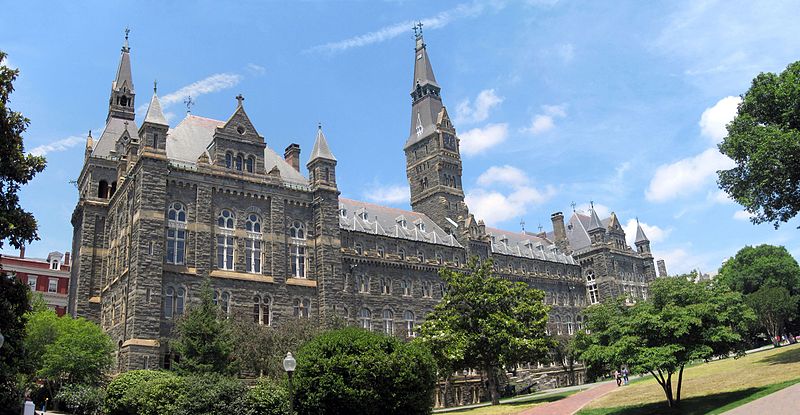 Fighting words: Kim’s posts include a call for the FBI to investigate politicians “with ‘questionable’ ties to Israel” in which Kim alleges that Israel has bribed U.S. politicians; a demand that Americans “[curtail] the power of Jewish lobby groups and other Jewish groups”; and a posed question: “Is the Natioanal [sp] Republican Party going to become a SLAVE of the JEWS and go after every Republican leaders whom the Jews call ‘anti-Semitic.’”

On the quad: The South Korea-born candidate is pursuing a master’s degree in nursing at Georgetown and was elected to the Graduate Student Government’s executive board in March 2019. In response to Kim’s social media posts, the rest of the executive board unanimously condemned his comments and said it would initiate proceedings to remove Kim from office. An impeachment hearing scheduled for Thursday night was postponed after Kim alleged he was being targeted for his political and religious beliefs. The hearing is now likely to take place next week so as to comply with the student government’s guidelines.

Background twist: According to a profile in the University of Pennsylvania’s alumni newsletter, the Penn Gazette, Kim, a 1990 graduate of the university, spent time in Jerusalem doing research for his doctoral dissertation, at one point enrolling at Hebrew University’s Rothberg International School. According to Kim’s self-submitted Ballotpedia survey, he is an “expert in Jewish studies with a professional membership in the Association for Jewish Studies (AJS).”

Unlikely odds: Kim is one of four Republicans vying for a spot on the ballot in November. Even if victorious in Virginia’s June 9th primary, Kim is unlikely to beat incumbent Democratic Rep. Don Beyer, who has represented the district, which includes the Washington suburbs, since 2015. Beyer coasted to victory in the most recent election, defeating his Republican opponent by a 52-point margin.