The California senator is going all-in on Iowa 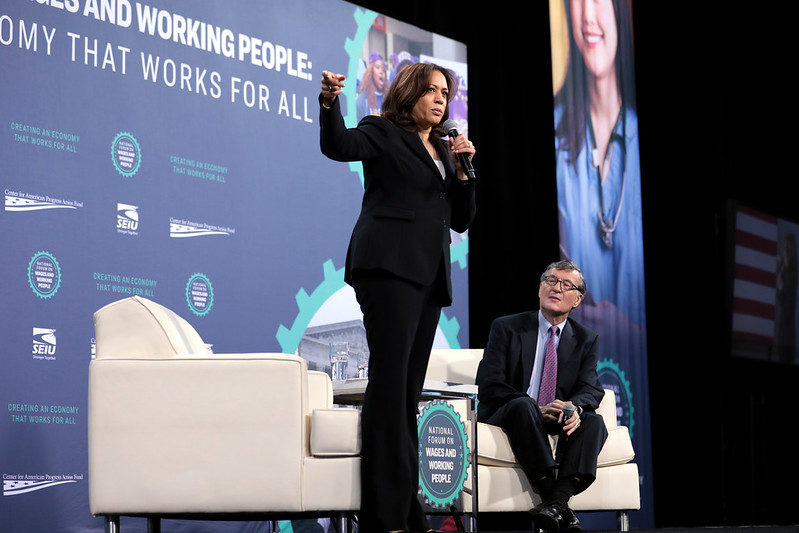 Kamala Harris has laid off a number of field staffers in New Hampshire as the California senator refocuses her presidential campaign on Iowa, Jewish Insider learned Friday. The layoffs leave the campaign with only a handful of staffers in the state.

In a memo released earlier this week, campaign manager Juan Rodriguez said some staff from the campaign’s headquarters in Baltimore and offices in New Hampshire, Nevada and California would be redeployed to Iowa, which holds the first nominating contest of the presidential primary. However, in addition to doing so, most of her staffers in New Hampshire have lost their jobs with the campaign.

The campaign is also closing all three of its field offices in the state, as first reported by WMUR. Its state headquarters in Manchester will remain open.

Rodriguez’s memo said the campaign would reduce the size of its headquarters staff in addition to redeploying organizers from other early states to Iowa. It did not mention layoffs in those states.

Following a brief surge in the polls after trading barbs in the first presidential debate over the issue of busing with former Vice President Joe Biden, Harris’s poll numbers have collapsed, with the California senator polling under 5% both nationally and in early states. According to a poll released Friday by The New York Times, Harris is in 6th place in Iowa, polling at 3%.

The layoffs come as the campaign has struggled to raise money. Although the California senator brought in $11.6 million in the most recent fundraising period, she lagged behind a number of rivals, including Sen. Bernie Sanders (I-VT), Mayor Pete Buttigieg and Sen. Elizabeth Warren (D-MA). Further, the Harris campaign spent more than it took in during the last quarter.

In a statement, Nate Evans, a spokesman for the campaign said “Senator Harris and this team set out with one goal – to win the nomination and defeat Donald Trump in 2020. To do so, the campaign has made a strategic decision to realign resources to go all-in on Iowa, resulting in office closures and staff realignments and reductions in New Hampshire. The campaign will continue to have a staff presence in New Hampshire but the focus is and will continue to be on Iowa. Senator Harris will not visit New Hampshire on November 6 and 7, but her name will still be placed on the primary ballot.”