Biden the main target at the Democratic debate 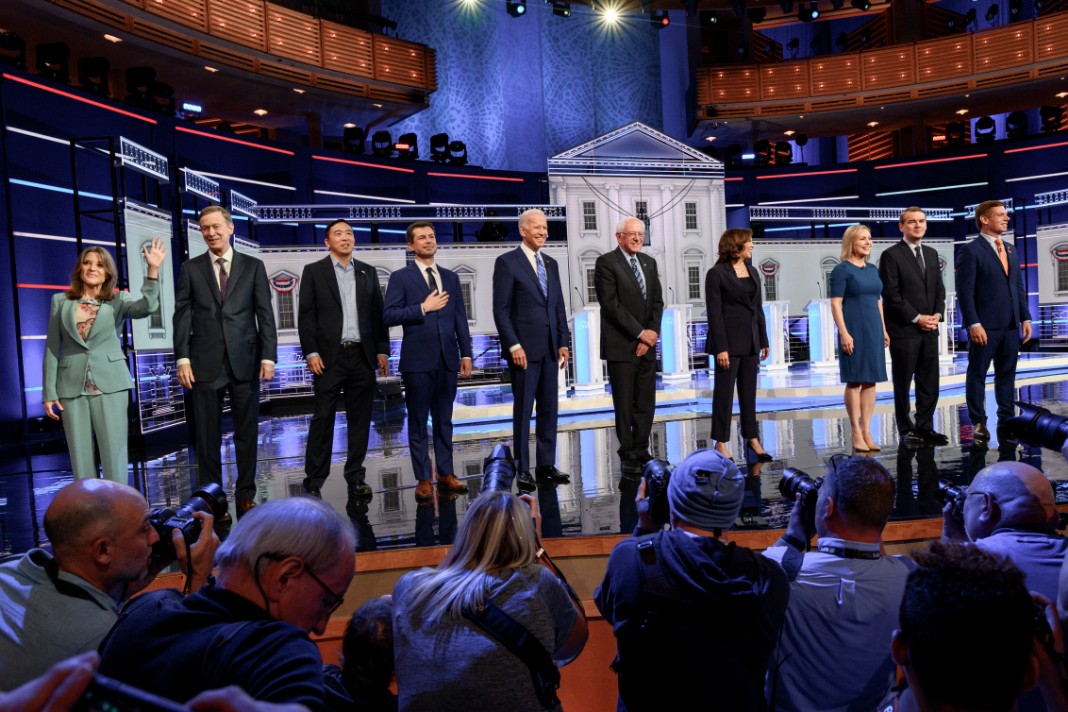 It was not Joe Biden’s finest night. On Thursday, the former vice president was left stumbling when Kamala Harris attacked him for his opposition to busing in the 1970s. He couldn’t fully rebut the attacks and voluntarily cut short his remarks saying “my time’s up, sorry.”

It wasn’t Biden’s only stumble but it was his biggest. He also took fire from Senator Michael Bennet (D-CO) over his role in negotiating the sequestration deal in 2013 and had a self-inflicted wound when he insisted that the NRA, an organization that is despised by most Democratic primary voters, was not “our enemy.”

But his exchange with Kamala Harris will loom over both nights of the debate. It provided the type of viral moment that will be constantly replayed on cable news and that will live on in political history. It doesn’t doom Biden’s campaign by any means. It’s still June and, by any measure, he is the frontrunner. However, he left blood in the water.

The question is how much it will benefit Harris in the long term. The old saw in politics is that “he who wields the knife seldom wears the crown.” But the personal terms in which Harris framed her attack, talking about her experience being bused to school in California as a young girl may redound significantly to her advantage—especially in such a crowded field.

Even before her attacks on Biden, Harris had stood out in the debate by offering clear concise answers. She seized a moment early on when candidates were jousting to speak, insisting, “America does not want to witness a food fight.”

Of the other top tier candidates, Mayor Pete Buttigieg held his ground, particularly after a tough ten-day-period when a police-involved shooting in South Bend, Indiana took him off the campaign trail. Bernie Sanders gave a standard performance that would appeal to his base but did not seem geared towards expanding his appeal.

Both Senators Kirsten Gillibrand (D-NY) and Michael Bennet had their moments as well but were not able to break through on a crowded stage with limited time.

Congressman Eric Swalwell seemed to be throwing punches in every direction. At various times, he went after Biden, Sanders and Buttigieg and kept on inserting himself into the debate. It was a risky, bellicose approach from a candidate with little to lose.

There was some comic relief added by author Marianne Williamson who offered a number of unusual comments. She pledged that her first act if elected would be to call the prime minister of New Zealand and dismissed the necessity of candidates having plans, which she dismissed as “superficial fixes.”

But after tonight, Biden is likely to need more than a superficial fix before the next debates in Detroit.