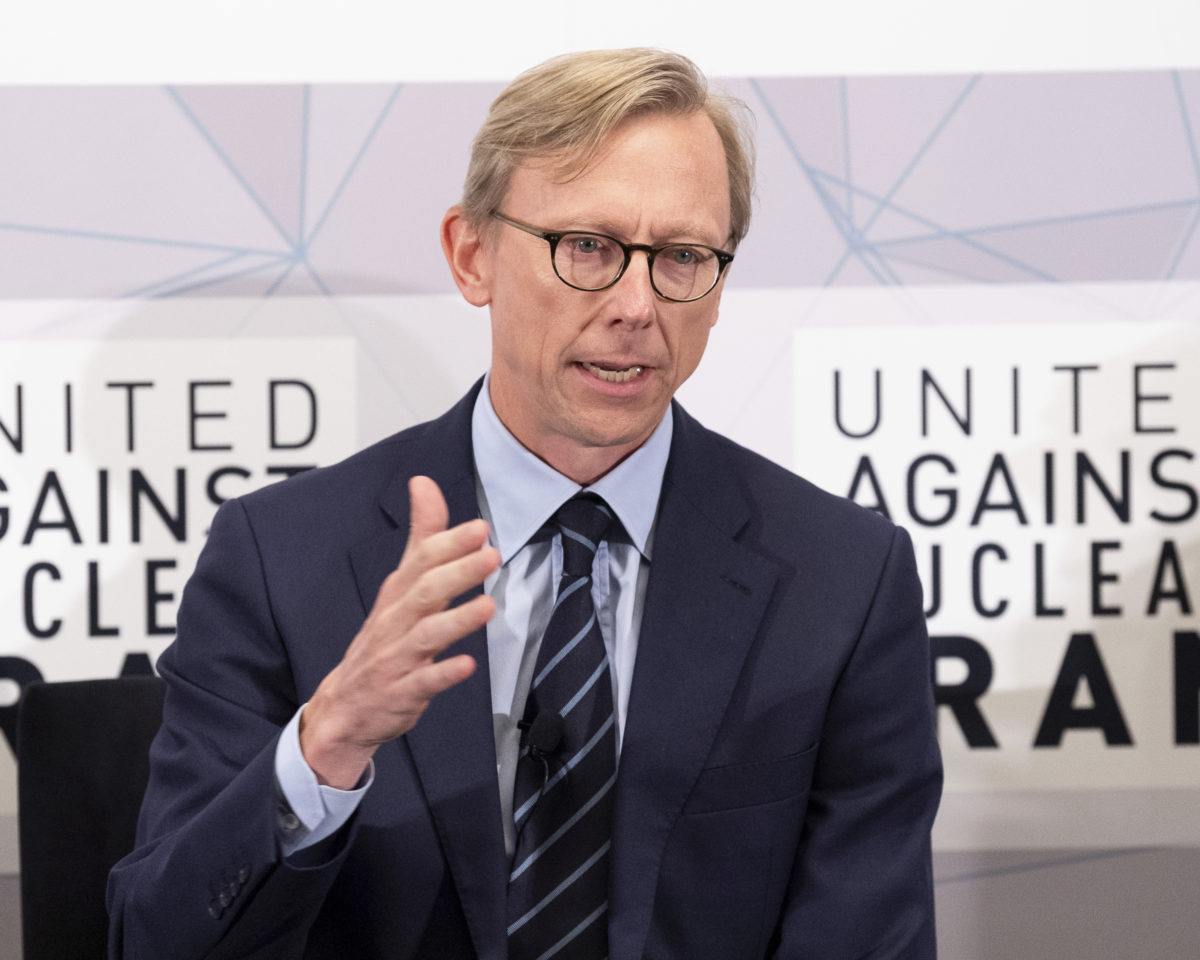 Brian Hook, the State Department’s special envoy for Iran, on Wednesday brushed off a claim made by Sen. Ted Cruz (R-TX) that employees within the Treasury and State Departments are working against the administration to preserve the 2015 nuclear deal with Iran.

“The president enjoys the full support of the State Department and the work that Secretary [of State Mike] Pompeo does on behalf of American citizens,” Hook told reporters at a press briefing.

Speaking at the Hudson Institute in Washington D.C. on Tuesday, Cruz charged that federal employees who oppose President Donald Trump’s policies intend to keep the deal “on life support” until after the next election, in the hope that a possible Democratic administration re-enters the Joint Comprehensive Plan of Action (JCPOA), which the Trump administration withdrew from in May 2018. Cruz also expressed concern that the U.S. will capitulate to French pressure to grant Iran a $15 billion line of credit if Tehran agrees to return to the terms of the international accord.

Hook insisted that the Trump administration is committed to putting “maximum pressure” on Iran. At the briefing, Hook announced that the administration is offering  up to $15 million rewards to anyone who will help to “disrupt” the “financial operations” of the Islamic Revolutionary Guard Corps (IRGC) and the Quds Force. The offer was made through the State’s “Rewards for Justice” program. “Today’s announcement is historic  — it’s the first time that the U.S. has offered a reward for information that disrupts a government entity’s financial operations.”

According to Hook, “The president left the Iran deal because it provided Iran with a pathway to achieve a nuclear weapon. He’s been very clear that it is a bad deal. We have much more leverage outside of the deal to achieve our goal of preventing Iran from ever getting a nuclear weapon than we had inside the deal… The president would like to negotiate a new and better deal that will address the range of threats that Iran presents to peace and security.”