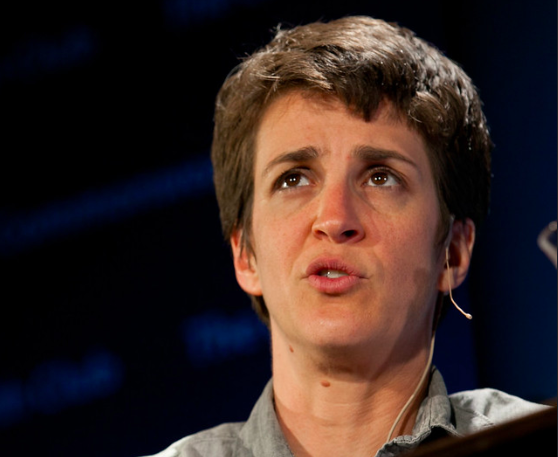 Rachel Maddow on her book tour for "Drift."

On her show last Thursday, MSNBC host Rachel Maddow slammed President Trump’s nomination of Steven Menashi to the Second U.S. Circuit Court of Appeals, describing an academic paper authored by the attorney in defense of Israel’s standing as a Jewish state as “a highbrow argument for racial purity.”

Published in the University of Pennsylvania Journal of International Law, the paper, titled “Ethnonationalism and Liberal Democracy,” argues, using Israel as the primary subject, “that ethnonationalism remains a common and accepted feature of liberal democracy, consistent with current state practice and international law.” Menashi, who served as acting general counsel at the Department of Education before becoming a White House legal aide, authored the paper in 2010.

Maddow, describing Menashi as “an out-and-loud proponent of ethnonationalism,” read excerpts from the 66-page paper on her self-titled MSNBC show Thursday night, provoking a strong reaction from several conservative media outlets. The National Review’s Ed Whelan hit back, citing Israel’s ethnically diverse population among the reasons that Maddow’s claims were “impossible.” In response to the segment, the Republican Jewish Coalition on Friday tweeted that Maddow was “a disgrace.”