American flags are banned, too 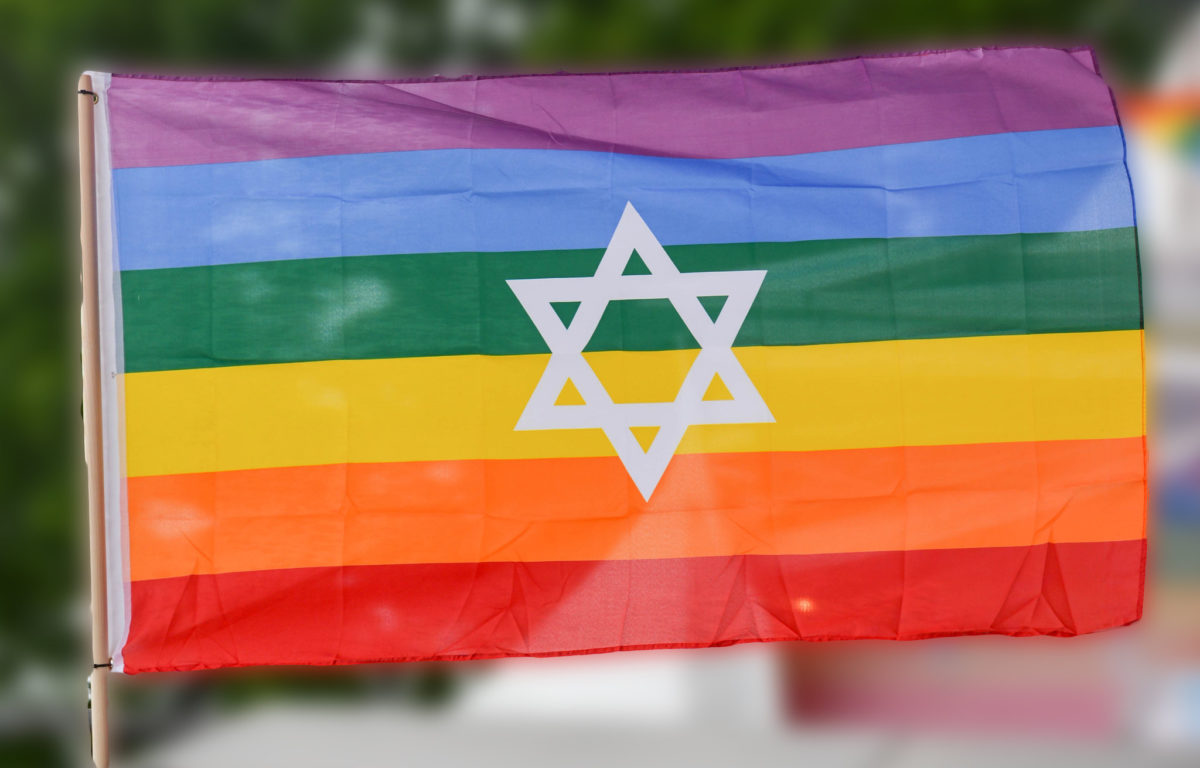 The D.C. Dyke March will ban certain Jewish iconography from its march this weekend in Washington, D.C. Among the targets of the ban is the rainbow flag with a large Star of David in its center, a common symbol of LGBTQ pride in the Jewish community.

Rae Gaines and Yael Horowitz, two Jews involved in organizing the March, posted an op-ed to the D.C. Dyke March website, explaining that it “dedicated time and energy to helping organize the Dyke March as specifically and explicitly Jewish Anti-Zionist Dykes. The Dyke March has been inclusive,” Gaines and Horowitz claim.

Gaines and Horowitz write that the rainbow flag with a Star of David represents “violent nationalism” and “does not fit with our vision of queer liberation…we need the march to be a space that is as welcoming to Palestinian Dykes as it is to Jewish Dykes.”

Horowitz told Jewish Insider, “Israel has direct policies and Israel supporters, also, like, follow this, of uplifting their supposed-like LGBT rights to justify some of their violence against Palestine.”

Any flags that are representative of nation-states, including American flags, are banned too, Horowitz said.

In a similar incident two years ago, organizers of the Chicago Dyke March asked three marchers of the group A Wider Bridge, waving the rainbow flag with the Magen David, to leave.

Horowitz did not respond to whether Palestinian flags or keffiyah’s, symbols of Palestinian national movements, would be banned.

Asked if a rainbow flag with a Star of David in the corner, or with multiple Star of Davids across the flag, would be allowed, Horowitz said, “Yes, I think that seems different enough from the Israeli flag to me.”

The D.C. Dyke March bills itself as a grassroots movement of lesbians involved in community activism, in part, against gentrification and violence in the capital, and unaffiliated with other Pride activities.

“I also think that it’s been pretty misconstrued, we never said that Jewish symbols weren’t allowed, we said that we aren’t welcoming any symbols that replicate nationalism, which is really different from Judaism, and so there’s a difference between Israel and Judaism,” she said.

Yet Jewish LGBTQ groups and those that work with them said that organizers were explicitly told that only the Israeli flag is banned, with all other flags permitted. Amanda Berman, executive director of Zioness, a progressive Zionist group, said the D.C. Dyke March is “singling out Israel and marginalizing and attacking and demonizing Israel in a way that these organizers do not demonize or single out any other country in the world.”

“To suggest that Israel should somehow not be proud of its record for the LGBT community, because of other issues that happen in the Middle East is outrageous,” she said.

Members of Zioness, with the group A Wider Bridge and JCRC of Greater Washington are organizing a separate march in D.C., also on Friday.