RISING POLS TO WATCH: Marilinda Garcia won the Republican nomination in New Hampshire’s 2nd district last night. Garcia states that America has no greater ally in the Middle East than Israel. Unlike any other nation in the region, with Israel we share a commitment to individual rights, religious tolerance and representative democracy. That is why we must emphasize our commitment to Israel as we continue to face common threats, such as a nuclear-ambitious Iran and global terrorism.” And emphasizes that “We should never pursue policies that alienate our greatest allies in unstable regions for the purpose of placating the demands of nations that publicly seek to harm us.” [Ozy]

• Seth Moulton is the first democrat in 22 years to defeat an inumbent of his own party when he he “decisively defeated” incumbent Congressman John Tierney in Massachusetts’ 6th district. His Middle East position paper emphasizes the importance of US-Israel military cooperation (citing his military background as expertise) Israel’s right to self defense, and that “a cornerstone of successful negotiations is continued U.S. support for Israel via military aid and diplomatic engagement.” “‘Our win tonight says two things,’ Moulton told the crowd at his victory party at the Veterans of Foreign Wars post in Salem. ‘First, that we are fed up with the gridlock in Washington. And second, that voters want to keep this seat blue.’” [Boston Globe]

AUDACITY OF NOPE: Despite President Obama’s recent achievements in the fight against ISIS (coalition building in the East and West, relatively successful bombing campaigns), the American people just aren’t having it. In a poll released by ABC News and the Washington Post, 71 percent were in favor of strikes in Iraq (up from 54% a week ago) but only 43 percent of respondents called Obama a strong leader. Obama is also encountering difficulties in selling his plan for defeating the Islamic State to Congress — in the words of Rep. Jack Kingston (R-GA), “A lot of people would like to stay on the sideline and say, ‘Just bomb the place and tell us about it later…It’s an election year. A lot of Democrats don’t know how it would play in their party, and Republicans don’t want to change anything. We like the path we’re on now. We can denounce it if it goes bad, and praise it if it goes well and ask what took him so long.” The President will address the nation today from the State Floor of the White House at 9 p.m. EST, and will “discuss with the American people the threat posed by ISIL and to lay out the United States’ strategy for degrading and ultimately destroying the terrorist group,” according to White House press secretary Josh Earnest. [Haaretz; NPR; NY Times]

TOP TWEET: @AG_Conservative – “If Netanyahu wanted to treat Obama like Obama treated him, he would call for the U.S. to agree to an immediate ceasefire with ISIS.” [Twitter]

AIPAC TAKES ON BDS: The American Israel Public Affairs Committee is in the process of drafting what could be the most powerful challenge to the movement to boycott and divest from Israeli institutions. The bill, still being drafted, would take steps to prevent companies from boycotting Israel (while not violating anyone’s first amendment rights) and would attempt to make the upcoming Transatlantic Trade and Investment Partnership between the U.S. and E.U. conditional on whether the E.U. takes steps to counter BDS. [BuzzFeed]

IRAN TALKS: Iran sent new signals on Tuesday that it was seeking to subvert the Western sanctions on its contentious nuclear energy program, adding uncertainties in advance of another round of negotiations next week in New York before the United Nations General Assembly. [NYTimes] —  Russian President Vladimir Putin is expected to meet Iranian President Hassan Rouhani while they are in Tajikistan for a security summit on Friday to discuss trade and economic ties, a Kremlin official said. [Reuters]

White House to Israeli Opposition Leader Herzog: “No compromise on Iranian nukes” – “At the meeting yesterday, Herzog told White House Chief of Staff Denis McDonough and Deputy National Security Advisor Tony Blinken that he appreciated “the American position, which understands that one threat does not cancel out the other.” The three senior officials discussed the threats posed by the Islamic State and Iran, as well as other geopolitical matters like Operation Protective Edge and the stalled peace process with the Palestinians.” [YNet]

SCENE ON THE HILL: “Congress was urged to increase oversight into aid channeled to the Palestinian enclave’s Hamas rulers. During a House subcommittee hearing focusing on Hamas funding channels, Turkey and Qatar – two states that are likely to take lead roles in Gaza relief efforts — were among those singled out for their strong support for the Islamist group and its leaders. In an initial statement to the House Foreign Affairs joint subcommittee, Rep. Ileana Ros-Lehtinen (R-FL) criticized Turkey for providing “financial, material and political support” for Hamas, a US-designated foreign terrorist organization, complaining that it “has been doing so for years, without repercussions.” [ToI] [YouTube]
TOP-OPS AND INTERVIEWS: Jeff Goldberg argues that both Democrats and Republicans owe Obama more credit for his work towards peace in the Middle East, but won’t give it to him, despite the fact that he has been an effective terrorist hunter and “has also neutralized a profound existential threat to U.S. allies in the Middle East, and denied ISIS access to vast storehouses of deadly chemical weapons.” [The Atlantic] • Daniel Gordis warns that Hamas may be planning a Rosh Hashanah surprise for Israel after all, and that the peace plan proposed by Egypt probably won’t work. [Bloomberg] • Jeremy Ben-Ami argues that the “U.S. should not be a silent partner to Israeli settlement expansion” [LA Times]
**Good Wednesday Morning! Enjoying the Daily Kickoff? Please share us with your friends & tell them to sign up at [JI]. Have a tip, scoop, or op-ed? We’d love to hear from you. Anything from hard news and punditry to the lighter stuff, including event coverage, job transitions, or even special birthdays, is much appreciated. Email [email protected]**
HAPPENING TODAY IN DC: The National Council of Young Israel leads a mission to DC. At 9:45, the group will be briefed at the Eisenhower Office Building by Matt Nosanchuk, the Director of Outreach for the National Security Council and the White House Jewish Liaison. In addition, Stacey Bernard Davis (senior advisor, U.S. Special Envoy to Monitor and Combat Anti-Semitism), Maher Bitar (Director for Israeli and Palestinian Affairs, National Security Council) and Nitin Chadda (Director for Iran, National Security Council).

—At 10AM, former Vice President Richard B. Cheney delivers a speech on “9/11 and the future of US foreign policy” at AEI… At 4:30PM, the Institute of World Politics hosts a book lecture for “Making David into Goliath: How the World Turned Against Israel” with author Joshua Muravchik… At 5PM, the Senate Human Rights Caucus kicks-off with co-chairs, Sen. Mark Kirk (R-IL) and Sen. Chris Coons (D-DE)… At 7PM, the Sixth & I Synagogue hosts Sen. Kirsten Gillibrand in conversation with Andrea Mitchell to discuss Gillibrand’s new book “Off The Sidelines.”

• Vanity Fair profiles Aby Rosen: “Rosen’s father is a Holocaust survivor; his mother spent World War II hiding in Belgium. Rosen asked his wife, Samantha Boardman, to convert to Judaism before they married, according to New York magazine. When an ancient burial site was discovered where Rosen had planned a $600 million hotel, in Jaffa, Israel, his reaction wasn’t exactly sympathetic. When thousands of Orthodox Jews protested in front of his offices in Manhattan, his attitude remained the same. The burial remains, according to Rosen’s analysis, were “determined definitively” to be of “pagan origin.” The W Tel Aviv-Jaffa opens next year.” [Vanity Fair]

REAL-ESTATE ROUNDUP: He wants it up, and he wants it up now: Real estate developer Martin Selig said on Tuesday that he has many client demands to meet and wants to start building his 185,000 square foot office building in Seattle “as fast as humanly possible.” [PSBJ] •  Vornado chief executive Steven Roth has announced that he’s replacing a recently closed midtown NYC bookstore with a 7-star hotel. [WSJ] •  CIT Real Estate Finance unit has arranged is loaning $140 million to Kushner Companies and the KABR Group in order to finance the development of a second Trump Tower. [NJBiz] • “EPA Proposes $20M Settlement with Lightstone Group Over Gowanus” [EPA]

START-UP NATION: Taboola, an Israeli-founded, NYC based content recommendation company, is looking to raise $75-100 million in a tech roadshow, say inside sources. Last month, the company disclosed an annual revenue run rate of $250 million. It lists among its clients USA Today, the Huffington Post, Time and the Weather Channel. The company says it generated more than 150 billion content recommendations to over 400 million unique visitors every month. [WSJ] • Israel’s Donde Aims To Make Online Product Search Far Less Frustrating [TechCrunch] • Light Cyber Ltd., an Israeli based cyber-security start-up, has raised $10 million in a new funding round led by Battery Ventures [WSJ]

TALK OF OUR NATION: Anti-Semitic Professor Steven Salaita, who recently was denied a job at University of Illinois Urbana-Champaign due to criticism over his charming tweets such as, “When will the attack on #Gaza end? What is left for #Israel to prove? Who is left for Israel to kill? This is the logic of genocide.” and “If you’re demented, amoral, dimwitted, and have sociopathic tendencies, might I suggest applying for a job in the @IsraelMFA? #Gaza” has made his first public statements today defending his positions, saying that he’s never punished any students for being Pro-Israel. No word yet on his application status at the Ministry. [Forward] • Former deputy Israeli prime minister Dan Meridor has been appointed the new president of the Israel Council on Foreign Relations (ICFR), a foreign affairs think-tank under the auspices of the World Jewish Congress (WJC). Meridor will succeed former Israeli ambassador Avi Primor.


That’s all folks; have a great day! 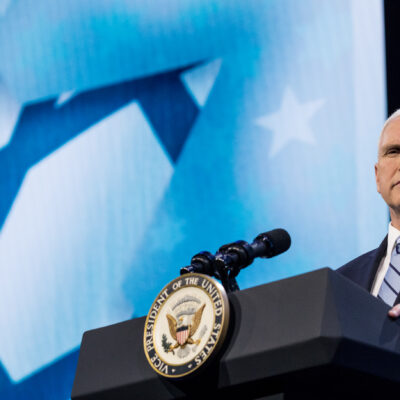