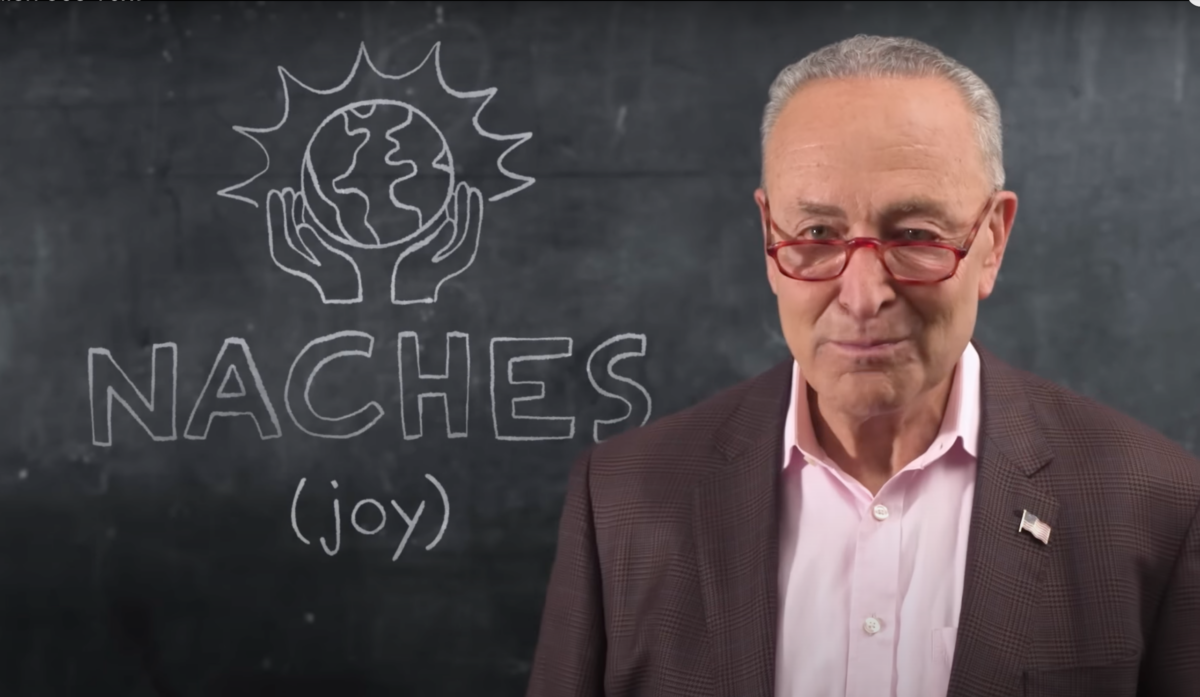 Standing in front of an animated blackboard, the longtime New York senator ticks off a number of common Yiddish terms as he criticizes Republicans and touts Democrats’ policy victories.

Highlighting Democratic policy victories, Schumer says that they “kvell[ed]” about passing pension and gun control legislation, and that they felt “naches” when they passed the Inflation Reduction Act.

“I’m Chuck Schumer and I approve this message because fighting for New York is no schtick for me,” Schumer concludes.

The senator faces Republican political commentator Joe Pinion III in the November midterm, but is not expected to face any serious competition.