Saeb Erekat: 'If they want a stable Middle East... they of course need to [undo] everything that Trump did' 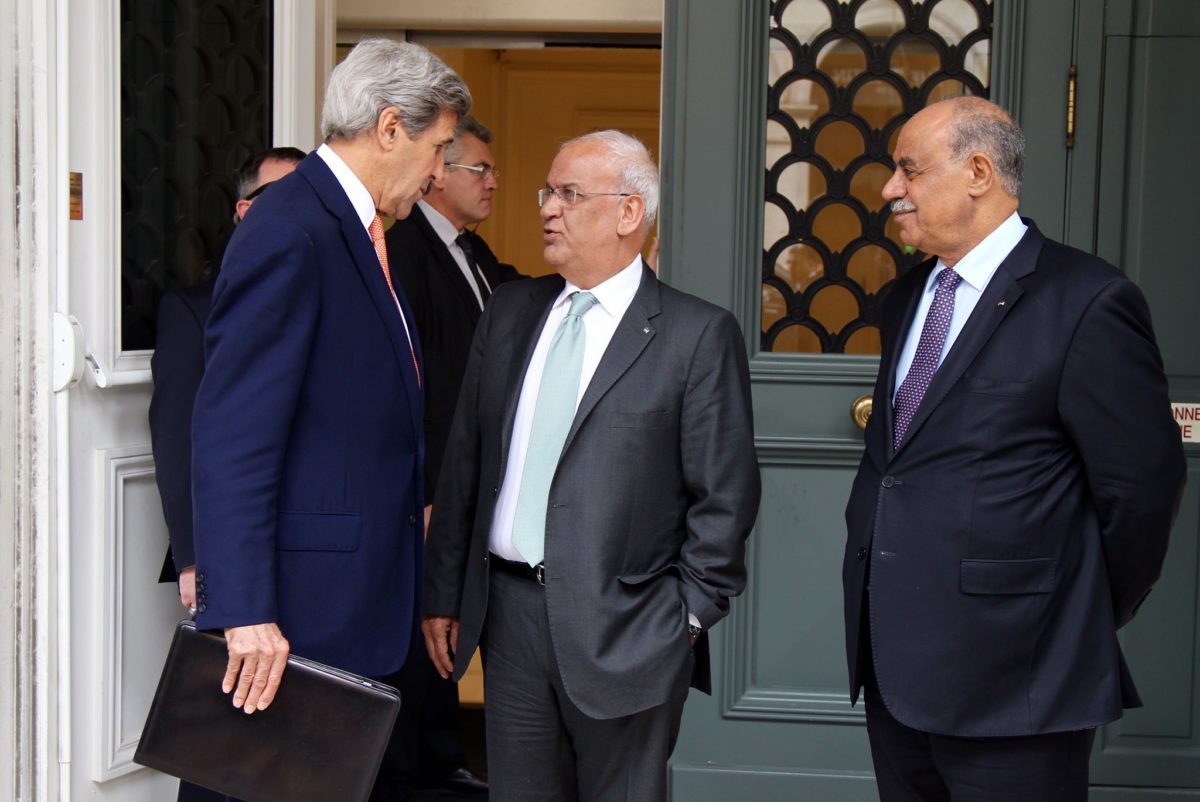 “If Mr. Biden wins, the first thing he needs to do is to reopen the American consulate in East Jerusalem, open the [PLO] mission in Washington, reiterate the U.S. position of two states on the 1967 borders — states with mutually agreed swaps by the two sides — and no side should take any steps that may unilaterally impede, preempt or prejudge these issues,” Erekat said during a Zoom call hosted by the Arab Center Washington DC. “If they want a stable Middle East, if they want a democratic Middle East and if they want to defeat the forces of extremism in this region, they of course need to [undo] everything that Trump did.”

Erekat added that “the U.S., with the new administration, must immediately — with courage and stand[ing] tall — act like a superpower, and make once again the White House the office of international nobility that people look up to.”

The secretary-general was also sharply critical of the Trump administration’s peace plan. “I’m not saying that other administrations will not be biased towards Israel,” he said, “But no one had come to copy and paste the settlers council’s positions and Netanyahu’s positions and put it as a ‘fair package’ that Palestinian must accept.”

Erekat, who serves as chief Palestinian negotiator, said he is in close contact with Democratic Party officials and Jewish American leaders about preserving the prospects of peace. Erekat said that Palestinian leadership has been “encouraged” by recent letters sent by members of Congress to the Israeli government and the Trump administration cautioning against unilateral annexation. “We do a lot with it here in our papers to tell Palestinians, ‘Look, what Trump did is not who the U.S. is. These are the American voices that you should listen to. They are with you. You’re not alone’ — because you want to keep hope alive in the minds of people here,” he said.

The PLO official also suggested that recent reports that the Trump administration has soured on annexation are a tactical move, while assessing the reaction from the international community and the Arab states. Erekat predicted that the administration will announce by the end of the month that Israel has agreed to certain concessions and will only apply Israeli law to the large settlement blocs, in addition to calling for the Palestinians to return to the negotiating table based on the parameters set by the Trump peace plan.