Rep. Karen Bass: House letter against annexation must be ‘bipartisan’

"If the Republicans don't come on board, I think that sends a very specific signal" 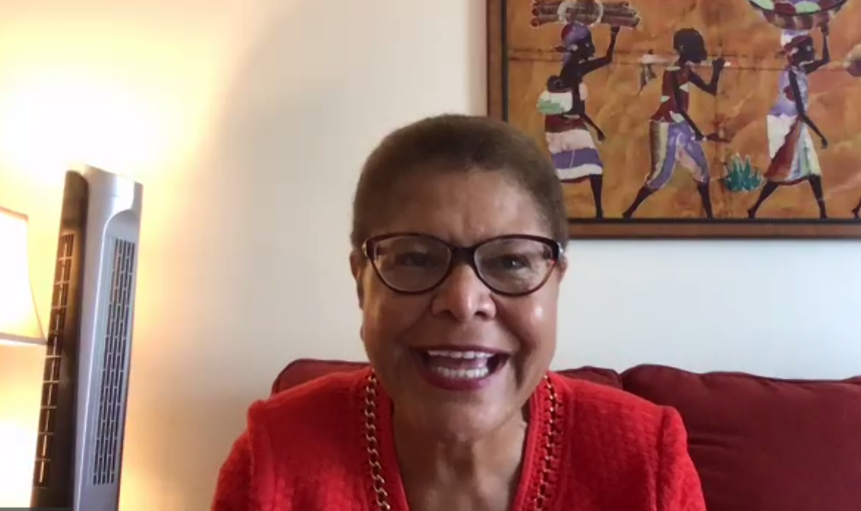 Rep. Karen Bass (D-CA) said on Monday that the House letter released last week opposing unilateral annexation of the West Bank would “probably not” be enough to influence the Israeli government’s plans. Israeli Prime Minister Benjamin Netanyahu has said that moves to begin annexing territory could start as early as July 1.

“I think that it’s got to be bipartisan,” Bass, chair of the Congressional Black Caucus, said during a Zoom call hosted by J Street. “I think that it has to be Republican as well.”

The letter, signed by more than 115 members of Congress, includes no Republican signatories. Similar calls in the Senate — including a letter signed by 19 senators — have failed to garner Republican support.

Bass expressed concern at the silence from her Republican colleagues, explaining that their refusal to sign onto the letter would “send a very specific signal” to Netanyahu that he won’t face overwhelming pushback from American legislators if he moves forward with plans for annexation.

The only way to stop the effort, she added, would be the election of former Vice President Joe Biden in November. “When the prime minister campaigned off of Trump and made Trump a big part of his campaign, then I think the only thing that would break that is the election that’s going to happen in a little over 130 days,” Bass suggested.

Read the latest about annexation here.