Behind the scenes of Ron Lauder’s initiative to tackle antisemitism 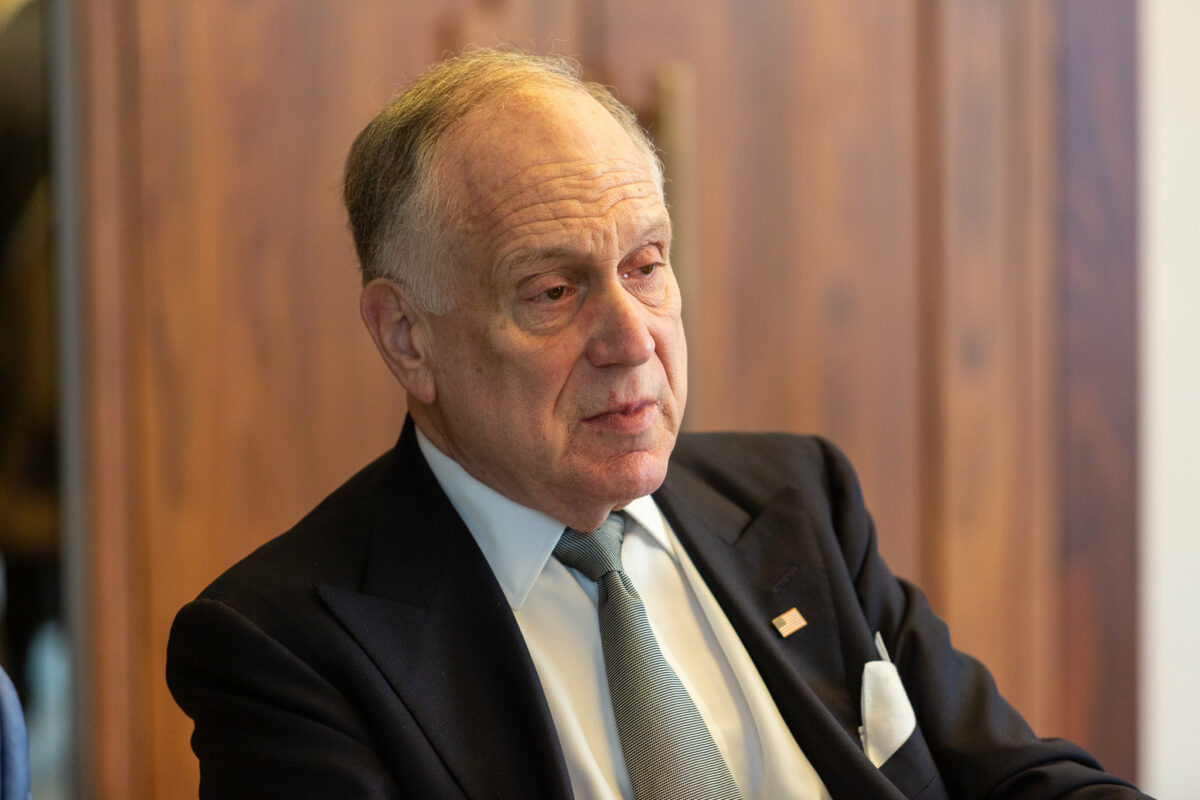 Last month, World Jewish Congress head Ron Lauder announced the Anti-Semitism Accountability Project (ASAP), an initiative aimed at tackling antisemitism in American politics. Spearheaded by strategist Bradley Tusk, the new organization has already hired half a dozen staffers and begun to work with a host of political consultants across the ideological spectrum in an effort to hold accountable civic and community leaders who’ve demonstrated antisemitic beliefs.

Tusk and Lauder had worked together previously, on a campaign involving the admissions processes at specialized high schools in New York City. When Lauder pitched the idea of ASAP, Tusk said, “He really had a pretty clear vision in mind for what he wanted to do here. In some ways, because he’d been part of that establishment for so long, he just sees it firsthand and his observation was, ‘You know, there’s been tons of conferences, we have tons of talented and smart people who care a lot, but when it really comes down to tangible political action…[it’s] not there, how do we fix that?’ And I think the conclusion that he had, and it makes total sense to me, is there’s no longer a strong political price that anyone has to pay for making antisemitic comments. And if it doesn’t cost them anything, some of them are going to do it because they are antisemites. Some of them are going to do it because they think it helps them politically. If you work off the basic notion that all politicians are just weighing all the different factors of re-election ahead of everything else, if you change the input, you get different output. And Ronald, by both the virtue of his resources, and more important than the money is his willingness to go out there and be really tough, gave us the opportunity to do something that no one had been doing yet.”

What does fighting political antisemitism look like? “It is not just sending out a statement or a tweet or appearing at a press conference to condemn people who say antisemitic things.” Tusk said ASAP would utilize tools “to go after [individuals who traffic in antisemitism] in very tangible political ways, to do opposition research into them. And we might find stuff that has nothing to do with antisemitism – might be about DUIs or unpaid judgements and liens or unpaid taxes, or whatever else it is. Whatever ammunition I can find and we have, we’re gonna use it, right? We’re not in any way limited to just having our response be about antisemitism, and we will use all the tools of modern politics, so everything as new as promoted tweets and Facebook posts to canvassing and billboards and direct mail. It’s taking all the tactics from a political campaign and putting them to use here.”

Tusk noted that political divisions across the country have emboldened the extremes of both major parties. “This country, more broadly, is in the throes of major problems because there’s so much polarization, so much dysfunction,” he said, highlighting the gerrymandering that has produced deeply blue and red congressional districts where the primary vote is the only one that matters. “What that has done has really empowered and emboldened the far left and the far right, giving them more and more political power and influence. And then combine that with the rise of left- and right-wing media and you have a perfect storm that really enables people with antisemitic views to not only say them but say them comfortably without any concern.”

Harder to quantify is what counts as success. “There’s tangible and intangible [successes]. The tangible way is easier obviously to measure, because it’s things like, OK, when an elected official says something antisemitic, how are we going at them, what are all the ways of going at them, how aggressive are we being, how much earned media coverage is this generating, what’s it doing to their poll numbers, how does this effect their re-election,” Tusk said. “The intangible ones are probably more important, but obviously harder to tell. What we really want is when that state senator, that student council member, that Member of Congress is about to say or tweet something antisemitic, we pop into their head right before they do and they say, ‘You know what? On second thought, I’d better not.’ Now they’re never going to admit to that, right? But there’s clearly a trend on both the right and the left of politicians feeling very comfortable being openly antisemitic and if we see that trend start to reverse, that means that what we’re doing is working.”

Lauder invested $25 million for the year-long project. The pricetag, Tusk said, was “what [Lauder] thought was the right number to kick this thing off with. And look, if someone told me [to] spend $100 million, we’d be able to spend that. If it was much less than $25 [million], arguably we wouldn’t be able to make as much of a point as we’re going to make with the people that we go after.” Depending on ASAP’s success this year, there’s the possibility of continuing the project. “I think [Lauder’s] thought was, ‘Let’s go big, let’s go really hard. And if it works, we can always do more.’”

What makes ASAP different from the other organizations fighting antisemitism? “Where we’re probably unique is that we’re willing to be really aggressive, really vicious, and really political,” Tusk explained. “And we’re not going to worry about protocol or who’s who in the Jewish hierarchy or making people mad or how saying this thing will impact this person in this way… All we’re worried about is making a point and creating a political price to be paid. And I think we just haven’t seen that type of approach that often among different Jewish organizations.” Tusk also noted, “If existing groups could do what we’re doing, then presumably they would have already done it.”

Don’t expect ASAP to go full-throttle against ‘The Squad’: “We could spend $25 million tomorrow attacking Trump, or attacking [Reps.] Ilhan Omar and [Alexandria Ocasio-Cortez] and we’re not going to move the needle, right? Because the views on them, they’re so well-known, and the views are so deep-seated, whereas if a city councilmember or a state representative or someone else who’s not high-profile says the same things, and we’re spending real money and real effort going after them, we could do some damage. So if the goal is to make people think twice, whatever we do has to have reasonable odds of success or otherwise the whole thing is pointless.”