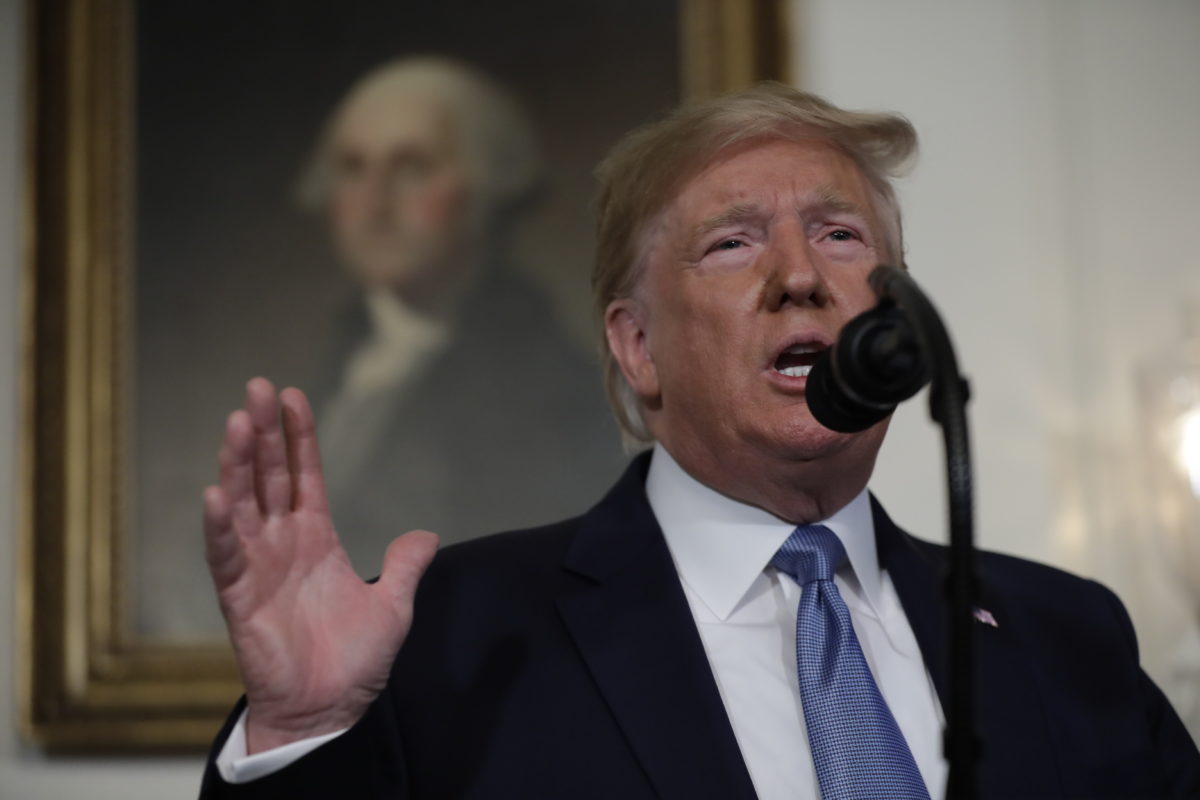 President Donald Trump received an enthusiastic welcome from several hundred members of the Orthodox Jewish community at a re-election fundraiser held at the InterContinental New York Barclay on Tuesday.

Video recordings circulating on social media show the president being greeted by Rabbi Yosef Yitzchak Jacobson, who recited the Hebrew blessing traditionally said upon seeing a king or head of state.

After being greeted with chants of “four more years,” Trump said he will focus his remarks on Israel because “this is a group, I think, if I didn’t talk about Israel, they’d say, ‘What a rotten speech that was.'”

In his remarks, Trump spoke at length about the Jerusalem embassy move and the pressure he got before making the decision. “I gave you, in Jerusalem, the embassy. That was a big deal,” Trump told attendees.

Trump also mocked Israel’s political system in the wake of the last two election outcomes. “What kind of a system is it over there?” he asked. “They are all fighting and fighting. We have different kinds of fights. At least we know who the boss is. They keep having elections and nobody is elected.”

The president boasted that he has “an approval rating of 98 percent” in Israel, and quipped that “if anything happens here” with his impeachment, “I will take a trip over to Israel to run for prime minister there.”

Trump on the flare-up in Gaza: “We’re watching Israel very closely… There are missiles going in and going out. A very bad day… very scary. We are watching it very closely, however. But a lot of bad things are happening today. I mean literally, I wake up and they showed missiles being shot in Israel, and likewise going in the other direction. We have to take care of Israel… We are watching and we are looking out for, really, a great country and with great people. Great people. It’s been misunderstood for a long time. It’s a tiny speck. When you look at these massive empires that it’s surrounded [by]. It’s a tiny speck, and they are almost saying, ‘How can this happen?’ But it happens because they are a great people and they are a very advanced people, and they have a great protector in Donald Trump.”

Speaking of Hillary Clinton, Trump noted, “75 percent of your people voted for her… She would never do anything for Israel.”