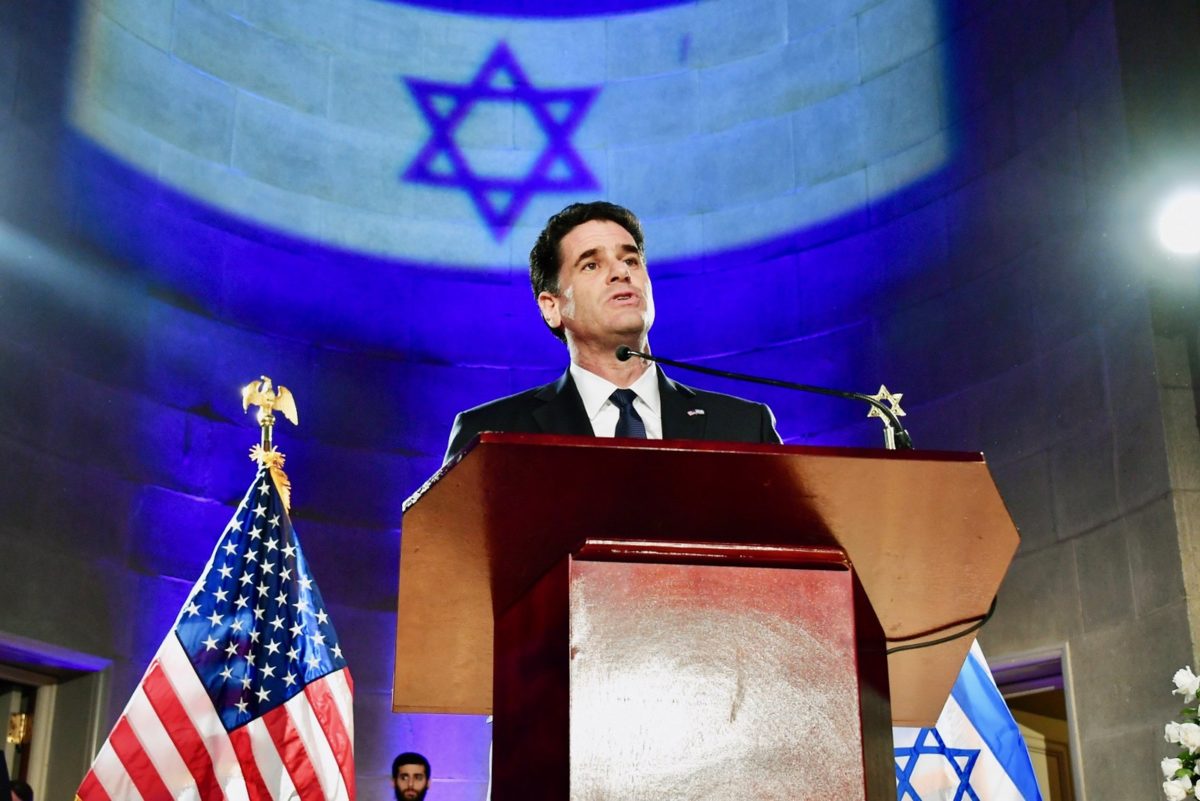 Israeli Ambassador to the U.S. Ron Dermer suggested on Wednesday that Israeli political and defense leaders are now united in opposing the terms of the 2015 Iranian nuclear deal.

In a conversation with Ambassador Dennis Ross at the United Against Nuclear Iran annual summit in New York, Dermer stressed that while some former high-level government and security officials expressed support for the Joint Comprehensive Plan of Action (JCPOA), “today you cannot find security and intelligence officials in Israel — I’m not aware of any of them — that would go back to the exact same deal.”

“The United States has got enormous leverage, and I think the idea of going back into the same deal with Iran, it gives them a clear path to nuclear weapons,” he explained.

Asked if Israel’s position on Iran would change if a national unity government is formed following last week’s redo election, Dermer said that “any new government” would continue to support Israel’s longstanding opposition to the JCPOA and be in favor of economic pressure on Iran “to ensure that: A, that Iran never gets nuclear weapons, and B, that everything is done to roll back Iran’s aggression.”

Dermer also noted that Blue and White leader Benny Gantz said earlier this year at the Munich security conference that there was no difference between him and Israeli Prime Minister Benjamin Netanyahu on the topic of Iran.

During the election, Netanyahu slammed his chief rival for “supporting the Iran nuclear deal” in 2015.

Dermer said that Israel “could live with” a new nuclear deal negotiated by the U.S. — but only if it addressed the sunset clause. “The one problem that you have to address is you have to prevent Iran from ever being a military nuclear power,” he stated. “And if you have a sunset clause, that’s a date certain for when you want to would be a military nuclear power, and that has enormous consequences for our region.”