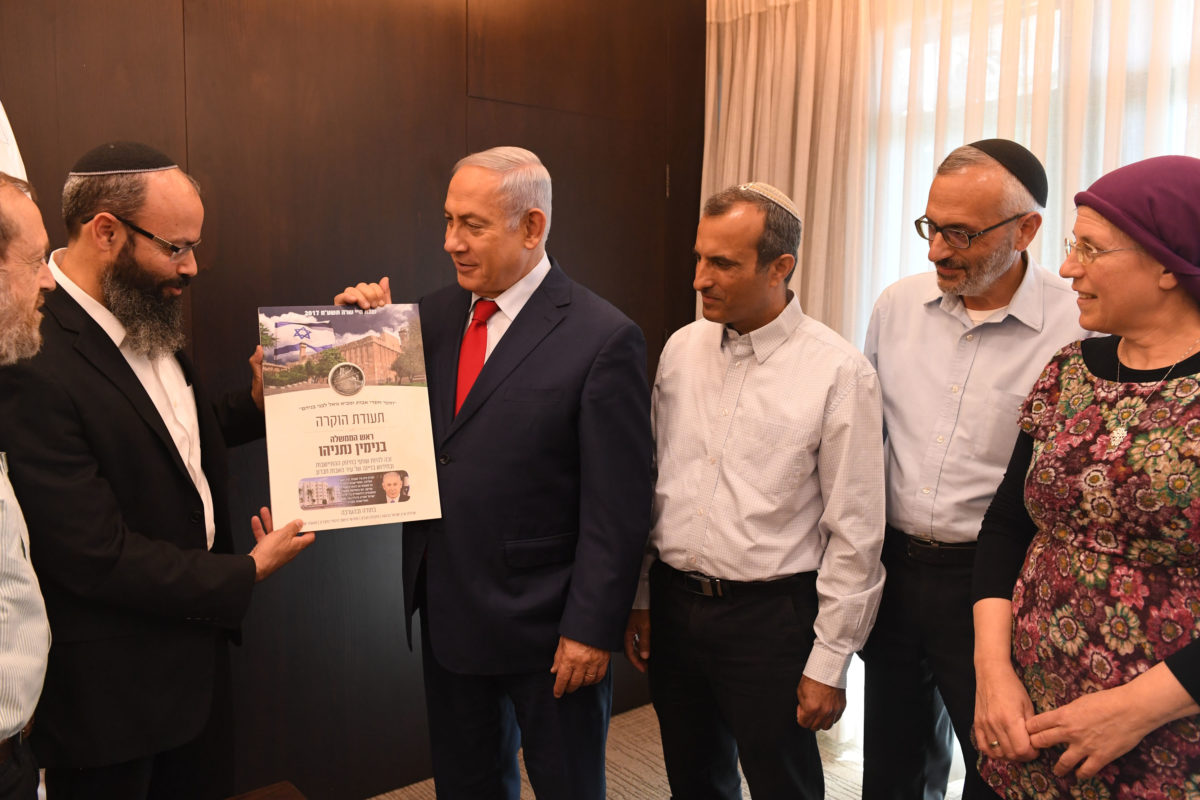 Prime Minister Benjamin Netanyahu with leaders of the Jewish settlement in Hebron and Chairman of the Judea and Samaria (YESHA) council November 15, 2017

Israeli Prime Minister Benjamin Netanyahu said that Israel maintaining security over the West Bank is non-negotiable in any peace plan with the Palestinians, in a pre-recorded interview played for the first time at the American Jewish Committee (AJC) annual conference in Washington D.C., on Monday.

“I had one chief aim that I put forward to our American friends and to previous administrations, Israel has to be in charge of security in all the area west of the Jordan river,” Netanyahu said in response to a question by David Harris, CEO of the AJC, about what are essential elements of any U.S.-led peace deal between the Israelis and Palestinians.

“All of the area west of the Jordan river is tiny, it’s about 40 miles at its widest point. We cannot have anyone but Israel be in charge of security because we’ve seen what happens.”

The interview was pre-recorded, and the audio streamed to the 2,500 attending the conference delegates with written text and images of Israel and Netanyahu displayed on screen.

“If we leave we know that militant Islamic terrorists come in. It would be Daesh [Islamic State] terrorists, Hamas terrorists — that’s what happened in Gaza. We left, Hamas came in. We left Lebanon, Hezbollah came in, all supported by Iran. We can’t have that happen in the center of the country, in Judea and Samaria, that will spell an end to Israel. Israel will have to have overriding security responsibility, both for our sake, the security of Israel and, paradoxically, the security of the Palestinians. Because if we don’t maintain that responsibility, the Palestinian Authority will be overthrown in two seconds by militant Islam. That is the main issue.”