Have our people email your people. Share this sign up link with your friends.
HEARD LAST NIGHT — Donald Trump on friends who donated to his veterans organization: “These are people who made a lot of money and they wouldn’t have made a lot of money, wouldn’t even be here, if it weren’t for the vets and our great military. Carl Icahn gave $500,000 in one quick phone call. Richard LeFrak, a great builder in New York, gave $100,000. The Fisher family of New York gave $75,000. Howard Lorber, a great fan and friend of our family, gave $100,000. Another unbelievable man, Ike Perlmutter from Marvel, he did such an unbelievable job, one of the great great men of our country [originally from Israel] in terms of business and talent, and he’s giving, Ike and Laurie Perlmutter, $1 million.” [C-SPAN]

GOP DEBATE HIGHLIGHTS — Rubio on the Iran deal: “[The Iranians] have a desire not simply to conquer the Middle East and to become the dominant power in that region, but ultimately to be able to hold America hostage. That is why they’re developing long-range missiles capable of reaching the United States, and that is why they’re going to use those $100 billion to expand their conventional capabilities and to one day buy or build a nuclear weapon. When I am president of the United States, on my first day in office, we are canceling the deal with Iran, and nations will have to make a choice. They can do business with Iran, or they can do business with America, and I am very confident they’re going to choose America before they choose the Iranian economy.”

John Kasich clarifies his position on the Iran deal: “If I were president of the United States right now, I’d be lining up our allies to say that, if one crossed ‘T’ or one dotted ‘I’ does not occur, they violate the agreement, we slap back on sanctions. We can slap on sanctions alone, on day one, but it’s not gonna be anywhere near as effective. The president needs to be laying the groundwork right now for the ability to slap those sanctions back on worldwide… I would say this to you, Bret. Number one, if they violate it, we need to move against them. And number two, if we find out they’re developing a nuclear weapon and we know how to get to it, we’re gonna go take it out. That is what we have to do. We cannot let things get farther down the road, like we did with North Korea.”

Daroff tweets: “No mention of #Israel in #GOPDebate.” [Twitter]

GOP Strategist Michael Fragin emails… “I didn’t miss the Donald. Best line: Christie saying ‘the days for the Clintons in public housing are over’ almost as good as Cruz’s opening line ‘I am great and Dr. Carson is a terrible surgeon.’ Ranking: 1. Christie 2. Jeb 3. Rubio 4. Kasich 5. Cruz 6. Rand 7. Carson.”

During last night’s debate, Rubio expanded on how his faith will influence him as president: “I think if you do not understand that our Judeo-Christian values are one of the reasons why America is such a special country, you don’t understand our history. You see, why are we one of the most generous people in the world — no, the most generous people in the world? Why do Americans contribute millions of dollars to charity? It is not because of the tax writeoff. It is because in this nation, we are influenced by Judeo-Christian values that teach us to care for the less fortunate, to reach out to the needy, to love our neighbor.”

“And you should hope that our next president is someone that is influence by their faith. Because if your faith causes you to care for the less fortunate, it is something you want to see in your public figures. And when I’m president, I can tell you this, my faith will not just influence the way I’ll govern as president, it will influence the way I live my life. Because in the end, my goal is not simply to live on this earth for 80 years, but to live an eternity with my creator. And I will always allow my faith to influence everything I do.”

Orthodox, Reform and Conservative Rabbis talk to JI about the 2016 presidential candidates pitching their faith [JewishInsider]

Hillary Clinton at a fundraiser in White Plains on Thursday — On Iran: “I know there’s a lot of questions, and I understand that, but I want you to know from me, I do believe we have a lid on their nuclear weapons program. That does not mean we don’t have a lot of problems with Iran.”

On Israel: “I gave a speech in Des Moines to the Jewish Federation a few days ago outlining, again, my absolute rock solid commitment to Israel’s security. It’s more essential than ever. What’s going on in that region means that the United States and Israel have to have even closer ties.” [LoHud]

“Clinton Quietly Building Her Own National Security Council” by Josh Rogin: “Behind the scenes, the Hillary Clinton presidential campaign is building a foreign policy and national security advisory structure that is meant to help her win the presidency. And among this large group, the jockeying for jobs in her potential administration is already well underway. Unlike in 2008, when Clinton and Barack Obama competed for advisers, this time around all the Democratic foreign-policy types are flocking to her team because Clinton is the only game in town.” [BloombergView]

“The Quiet Consensus Against Palestinian Democracy” by Eli Lake: “It’s rare these days to find anything that Hamas, the Palestinian Authority, the U.S. and Israel agree on. And yet when it comes to elections there is a quiet consensus against Palestinians choosing their leaders.” [BloombergView]

TOP TALKER: “U.S. Insists No Change in ‘Made in West Bank’ Labeling Order” by Nathan Guttman: “The Obama administration sought to reassure Israel that a U.S. Customs reminder barring all products made in the West Bank and Gaza from being marketed in the United States under the label “Made in Israel” does not amount to a change in American policy.” [Forward]

SPIES IN THE SKY: “Israeli Drone Feeds Hacked By British and American Intelligence” by Cora Currier and Henrik Moltke: “American and British intelligence secretly tapped into live video feeds from Israeli drones and fighter jets, monitoring military operations in Gaza, watching for a potential strike against Iran, and keeping tabs on the drone technology Israel exports around the world.” [TheIntercept; NYTimes]

Iran says it flew drone over US aircraft carrier: “Iran flew a surveillance drone over a U.S. aircraft carrier and took “precise” photographs of it as part of an ongoing naval drill, state television reported Friday. The U.S. Navy said an unarmed Iranian drone flew near a French and American carrier on Jan. 12, but couldn’t confirm it was the same incident.” [AP]

STARTUP NATION: “Asian Nations Push Courtship Of Israeli Tech Companies” by Dennis Mitzner: “While China has been active in the Israeli market for some time, Japan, too, has launched a series of efforts to court the Israeli tech scene. On January 26, Sony announced its intention to acquire Israel-based Altair Semiconductor for $212 million and during the same week, Honda — eyeing Israel’s vehicle intelligence technologies, apps and software — flew in a group of executives and engineers from Japan and North America to attend the equity crowdfunding platform OurCrowd’s annual summit in Jerusalem.” [TechCrunch] • “What Israel’s startup scene can teach the world” [Globe&Mail]

MEDIA WATCH: “Susan Glasser, in an unrelated announcement, agreed to remain Editor of Politico through the election. Then she will become director of editorial innovation, as she and her family move to Israel. Her husband, Peter Baker, chief White House correspondent of The New York Times, is expected to be named Jerusalem bureau chief today.” [Playbook]

SCENE LAST NIGHT: “Talk about your odd couples: actor Michael Douglas, winner of last year’s Genesis Prize, kicked off a three-college speaking tour with Jewish Agency chairman Natan Sharansky on Thursday night at Brown University. Douglas and Sharansky questioned each other throughout the evening, and Sharansky at one point said to Douglas, “How about a bar mitzvah?” After the laughter of the audience died down, Douglas, 71, said, “I might do that,” though he quickly added that be might wait, according to some Jewish custom, until he is 83.” [Forward]

PROFILE: “Rabbi who nurtured evangelical love for Israel courts black churches” by Lauren Markoe: “The rabbi who has for decades painstakingly and successfully nurtured evangelicals’ love for Israel now extends his hand to African-American churches. And many are responding with as much enthusiasm as the white heartland congregations into which Yechiel Eckstein first ventured more than 35 years ago.” [ReligionNews]

LIVES: “On the Way Home” as told to Elissa Alford: “Soon after I arrived in America in May 2010, Jewish Family Services found me a place to live, a room in the home of a retired nurse in Springfield, Mass. They also found me a bicycle, a backpack and a job working the second shift at a bakery in Agawam, a small town on the other side of the Connecticut River… I was born a Congolese Tutsi, and my family escaped war in the Democratic Republic of Congo only to have my father, a cattle farmer, murdered in Burundi… I was sleeping less than four hours a night, but I had a positive perspective: You make it work. Then Jewish Family Services offered me a job helping to settle other refugees. Now my bachelor’s degree is almost complete, and I’m training for the National Guard.” [NYTimesMag]

TALK OF THE TOWN: “Shul of Bal Harbour to double its size in $20 million building expansion” by Evan Berkowitz: “The Shul of Bal Harbour, the diverse and thriving Orthodox synagogue/social center at 9540 Collins Ave., will soon double its size with a major expansion of its building facilities. The Shul will hold a groundbreaking ceremony dinner on the evening of Feb. 4 to celebrate the official beginning of the new construction.” [MiamiHerald]

Yitz Applbaum on the Wine of the Week: “I have been a devotee of the Herzog Special Reserve wines for a very long time. Over the next several weeks – reporting from Hong Kong – I am going to review several of their great wines as well as other wonderful California wines. The Herzog Limited Edition Chalk Hill Cabernet Sauvignon 2013 is a warm, fruity and luscious wine. In the front and mid-pallet there is a great deal of vanilla flavor and a bit of taste from the charred barrels. The finish has strong tannins, but within a short period of time the tannins turn into fruitiness on the back of your tongue. This wine should be allowed to continue to age in the bottle in order to allow the flavors to blend and come together more. However if you must drink it now – which is often the case with me – let it breathe for at least an hour. Eat with lamb and veal.”

Daily Kickoff: Council for a Secure America pivots to Abraham Accords + A complaint at Stanford

Daily Kickoff: Israel is the new Iowa + The Macher returns 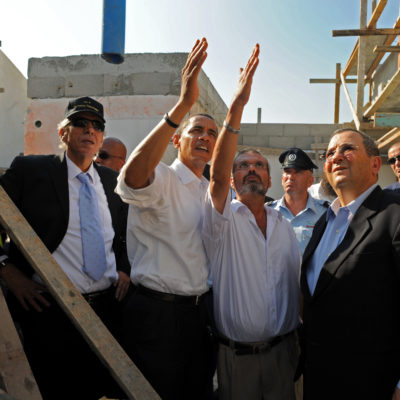 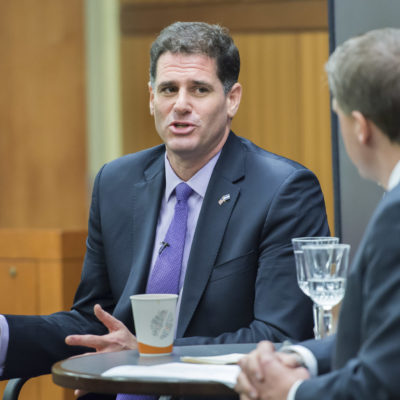